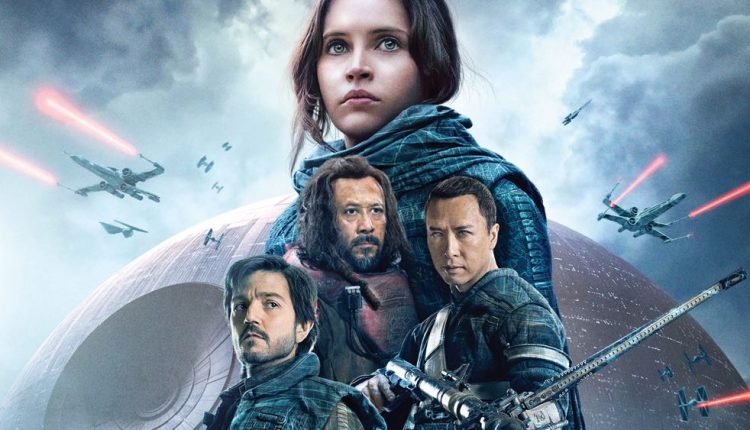 You can take Rogue One: A Star Wars Story home next month

The smash hit box office sensation Rogue One: A Star Wars Story will be available to watch at home next month and will include hours of extra features to dive even deeper into the Star Wars universe.

The film, which tells the story about Rebels stealing the plans to the fearsome Death Star, will be released on Digital as well as Blu-ray Disc and DVD.

It will arrive on Digital on March 24 and on Blu-ray, Blu-ray 3D and DVD on April 4.

The movie will come with never-before-seen interviews and bonus features.

A Rogue Idea – Hear how ILM’s John Knoll came up with the movie’s concept – and why it’s the right film to launch the Star Wars stand-alone films.

Jyn: The Rebel – Get to know Rogue One’s defiant, resourceful survivor, and hear what it was like for Felicity Jones to bring her to life onscreen.

Cassian: The Spy – Diego Luna shares insights into his complex, driven character, who becomes a hero through selflessness, perseverance and passion.

K-2SO: The Droid – Explore the development of this reprogrammed Imperial droid, from initial pitch and character design through Alan Tudyk’s performance.

Baze & Chirrut: Guardians of the Whills – Go deeper into the relationship between these two very different characters, with Chinese superstars Jiang Wen and Donnie Yen. 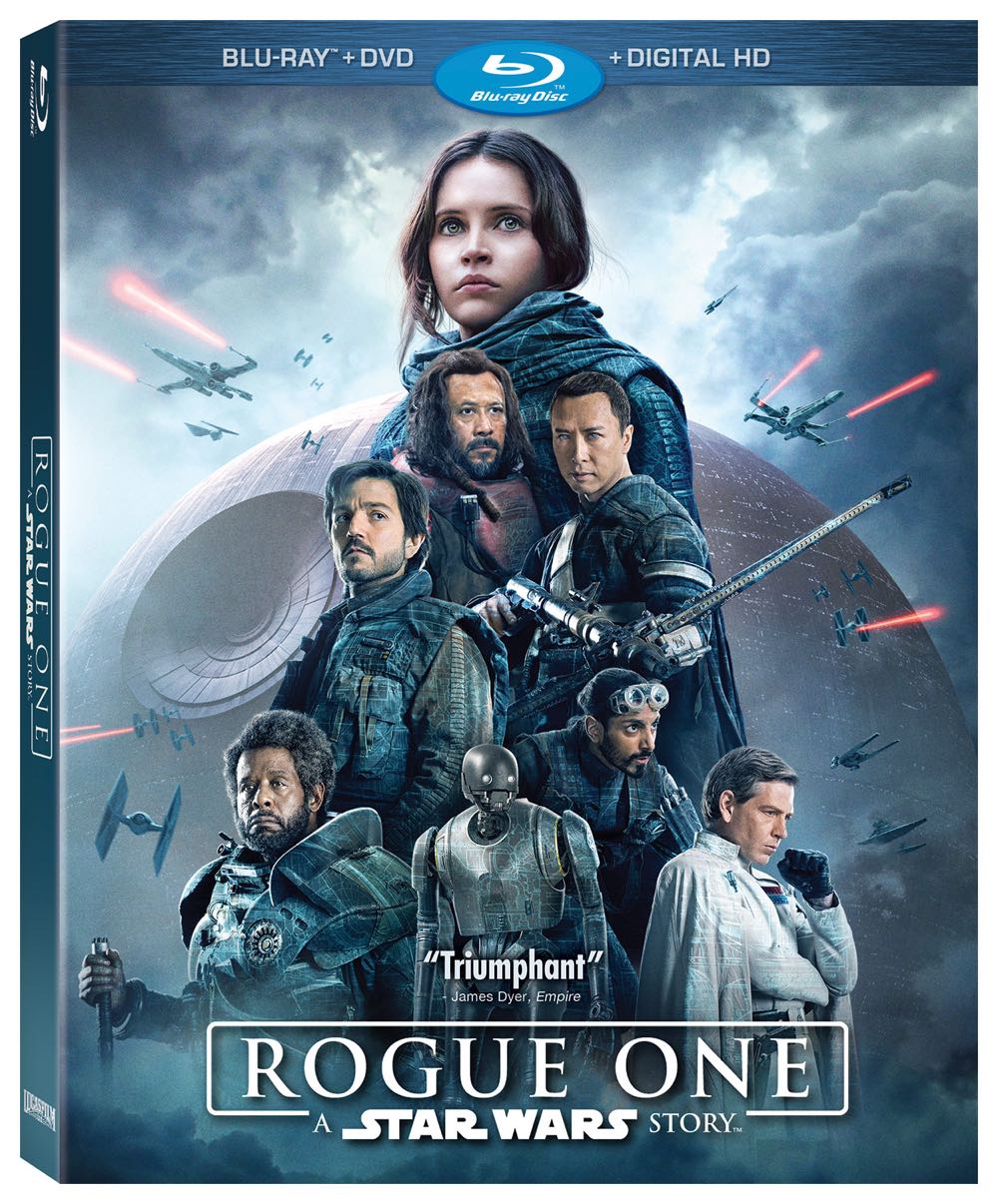 The Empire – Meet a dangerous new Imperial adversary…and cross paths once more with the most iconic villain of all time.

Visions of Hope: The Look of “Rogue One” – The filmmakers describe the challenges and thrills of developing a bold new look for the movie that can fit within the world of the original trilogy.

The Princess & The Governor – See what it took to bring the vibrant young princess of Star Wars: A New Hope – as well as one of her most memorable foes­ – back to the screen.

Epilogue: The Story Continues – Filmmakers and cast celebrate Rogue One’s premiere and look forward into the future, to the Star Wars stories yet to be told. 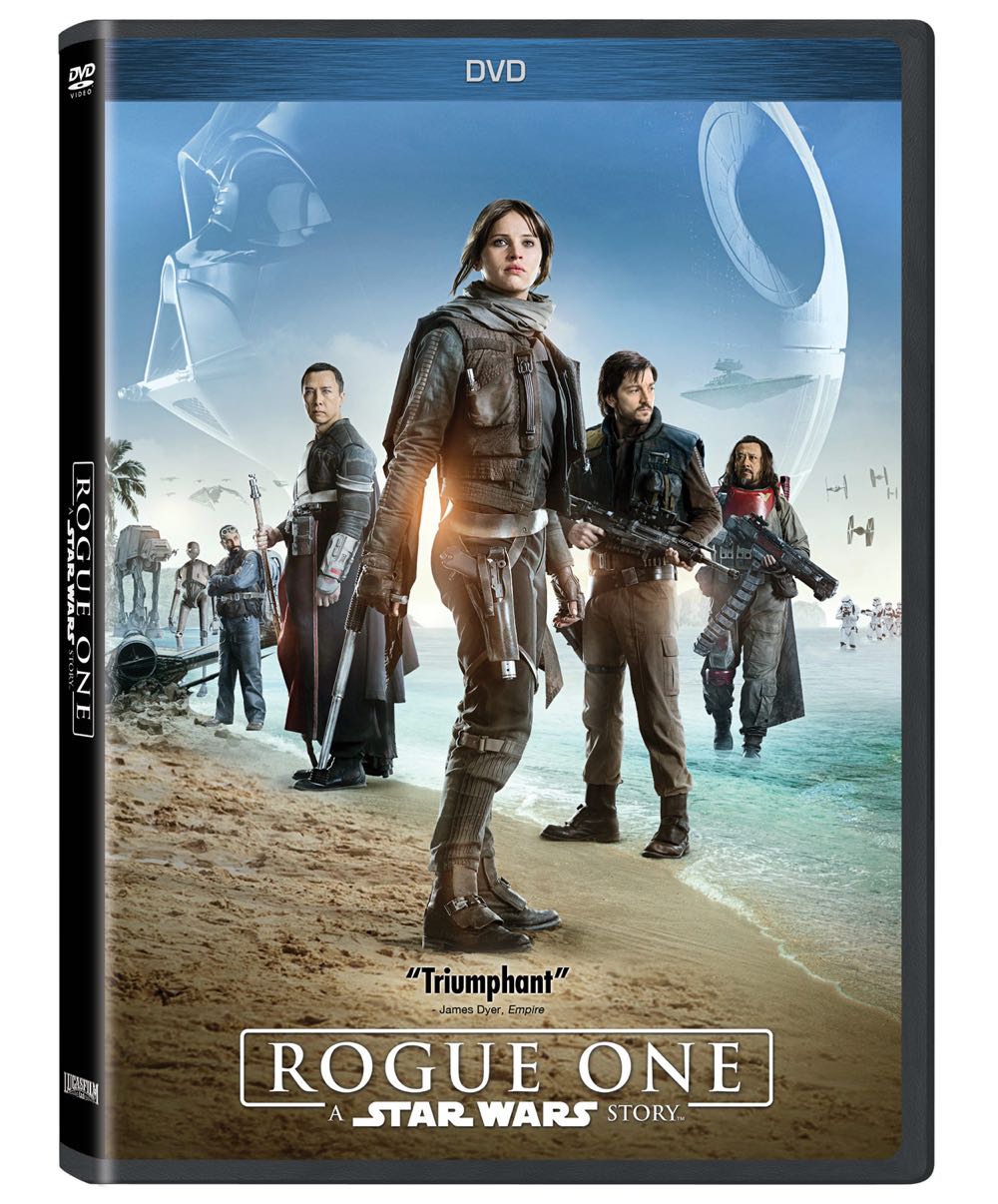 Rogue Connections – Uncover Easter eggs and film facts hidden throughout the movie that connect Rogue One to the Star Wars universe.

Rogue One: A Star Wars Story will be released March 24 on Digital and on April 4 on Blu-ray and DVD.