Can you stay on Facebook and still keep your data safe?

Worries about privacy on Facebook is nothing new but this week they reached a new level and droves of users are contemplating leaving the social media site after it was revealed the data of 50 million Facebook users was accessed without their permission.

Cambridge Analytica, a data analysis firm from the UK, allegedly gained access to the data using a research app called “This is your Digital Life” which was shared to Facebook in 2014.

At the time, more than 270,000 Facebook users signed up to the service which offered payments for personality tests.
But what we didn’t know was that the app also harvested the information of the user’s Facebook friends as well – without their knowledge and therefore without their permission.

So basically, if one of your friends used the app they unknowingly gave it the go-ahead to tap into your information as well.

Cambridge Analytica says it had done nothing wrong and followed Facebook’s terms and conditions and API (application programming interface) structures.

All this was revealed by a whistleblower who used to work for the company who said they had exploited Facebook to harvest millions of people’s profiles.

It has been alleged the information gathered was used to influence the 2016 US Presidential election and the Brexit campaign in the same year.

Facebook has come under serious fire and defended itself by saying it wasn’t a data breach.

The app was removed from Facebook in 2015 with the firm allegedly telling the social media site that all the data had been deleted.

If this is the case, Facebook must have known this data was being collected.

Facebook doesn’t charge a fee for people to use the social networking platform.

The currency they gain is your data which they use to help advertisers zero in on the customers they want to target.

For example, the advertiser wouldn’t know your name or address, but it would know your age, relationship status, the area where you live and the things you like and share in your profile.

That’s where the value lies for an advertiser so they can target their ads at the right audience.

We’re unsure about the level of detail about the data that was collected from 50 million Facebook users but it has created enough concern for people to consider whether they should stay on the social media platform.

But do you need to quit Facebook to keep your data safe? Not necessarily.

The “This is your Digital Life” app is like one of those many annoying quizzes that you see your friends sharing on Facebook.

You’ve seen them – IQ quizzes, what date will you die, what is your real age, what job should you be doing and so on and so on.

Anyone who shares their results creates an invitation for their friends to take the same quiz and for their data to be collected as well.

And Facebook’s terms and conditions allow this, that’s why you’re seeing them in your feed.

But the good news is, you can easily protect yourself and your information.

Here’s what you can do.

Click on the downward facing arrow in the top right corner on your browser and scroll down to Settings.

From here, look down the left side until you come to Apps.

Click on this and it will reveal the apps you’ve allowed to access your and your friends’ information.

On this page you can make a choice to disable those Apps, websites and plug-ins.

You can also see a list of all the individual apps which can access your profile and you can choose to either edit the settings of each one or remove it completely. 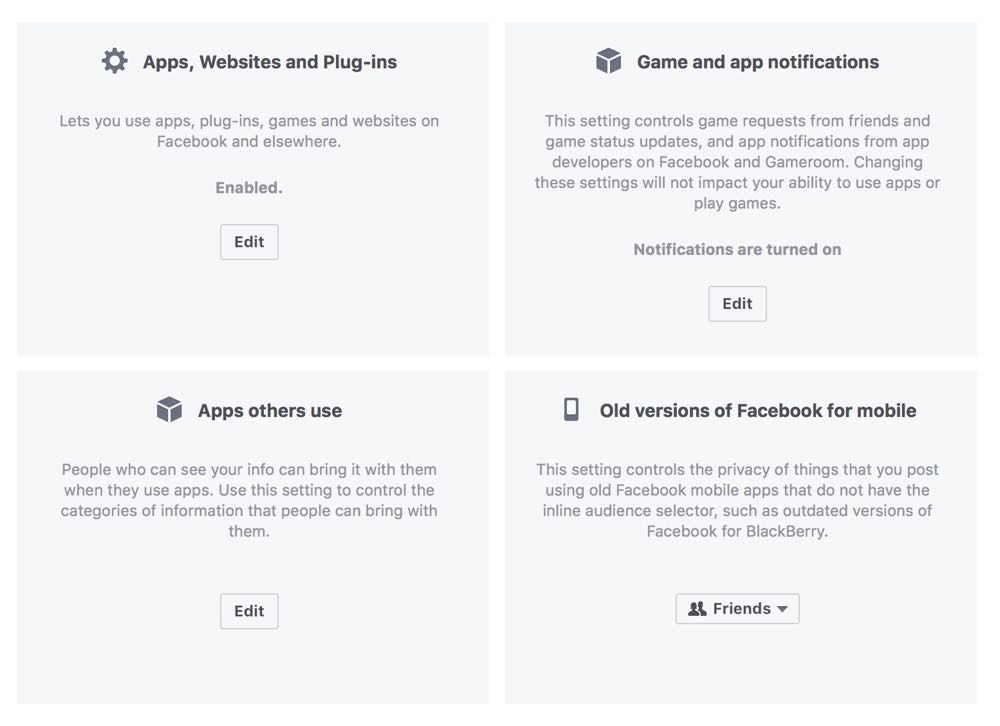 You will be surprised at how many there are.

If you choose to edit the settings, you can select what information you are comfortable in sharing including your friends list, relationship status, relationship interests, your date of birth, your work history, status updates, education, events, your hometown, your current city, religious and political views and all of the pages you have liked. 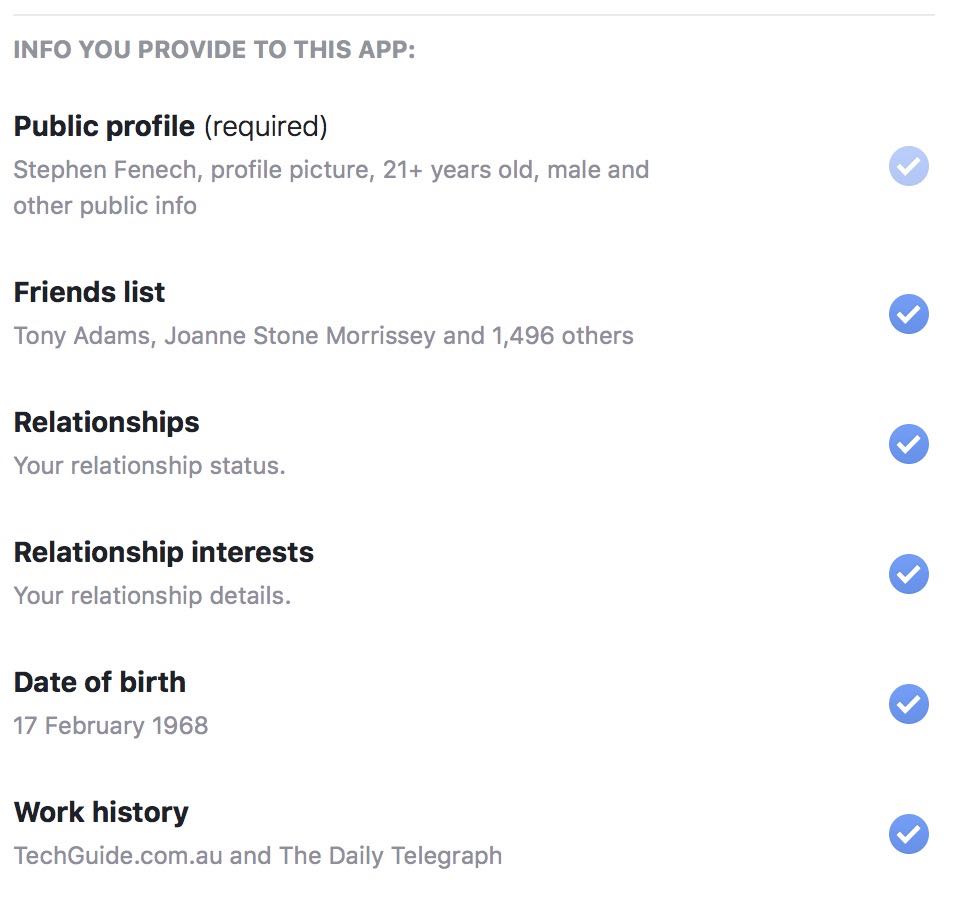 Facebook assumes you want to share everything, and users have to take the time and trouble to edit the settings until they are comfortable.

We live in a world where data has become one of the most valuable commodities.

But the choice of how much of that data we share is still ours to make.