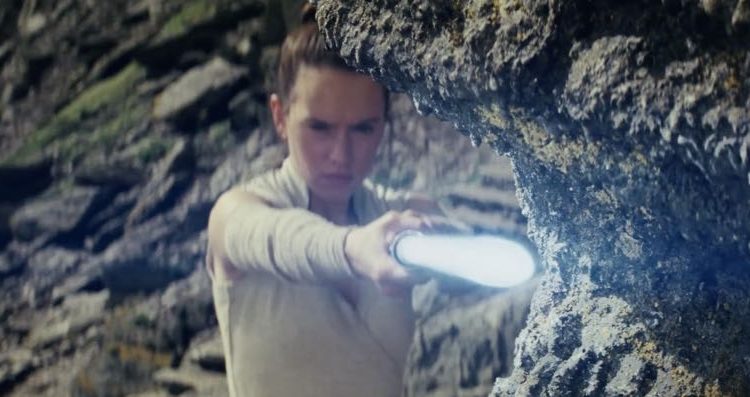 The spectacular new trailer for Star Wars The Last Jedi has been released and it has tantalized fans with some interesting plot lines and character developments from a galaxy far, far away.

The Episode XIII trailer runs for 2 minutes and 23 seconds and reveals some remarkable scenes and possible story directions.

For as much as it has shown, it has also raised many questions for die-hard fans.

WHO IS SNOKE TALKING ABOUT?

At the start of the trailer you hear Snoke saying: “When I found you, I saw raw, untamed power. And beyond that… something truly special.”

While these words are being spoken we see Kylo Ren as well as a shot of Rey.

IS REY TURNING TO THE DARK SIDE?

Later in the trailer, it appears Rey is being tortured. Is this Snoke’s attempt to lure her to the dark side?

Luke Skywalker is also heard commenting on Rey’s raw power with the Force.

He says: “I’ve seen this raw strength only once before.”

Is he talking about Kylo Ren when he first tried to train him?

“It didn’t scare me enough then. It does now,” Skywalker concludes.

Are we safe to assume her power, like Luke’s in Empire Strikes Back, would make her a powerful ally for the First Order

At the end of the trailer Rey says she “needs someone to help me work out my place in all of this” before Kylo Ren offers her a hand of support.

IS KYLO REN TURNING TO THE LIGHT SIDE?

At the start of the trailer we see Kylo Ren in his mask but shortly after we see him smash it on a wall as he says “let the past die”.

Is this his move to the light – like the “call to the light” he spoke of in The Force Awakens?

The sequence that probably dispels any move to the light side for Kylo Ren is a sequence where he is flying his Tie Silencer and talking about “letting the past die”.

Intercut into this sequence is General Leia (Carrie Fisher’s last role) aboard her starship.

Cut back to Kylo Ren looking at a target with his thumb poised over a firing button. Is he going to blow up General Leia (who also happens to be his mother)?

He killed his father Han Solo in The Force Awakens so does this mean his mum is next on his hit list so he can “become what he was meant to be”.

WHAT’S THE DEAL WITH THE PORGS?

We see Chewbacca roaring at something from the cockpit of the Millennium Falcon and then see a Porg giving its own tiny screech.

The Porgs are native creatures of Ach To where Luke Skywalker was discovered at the end of The Force Awakens.

Can these be the Ewoks of the new trilogy? A lot of fans thought the Ewoks, who were basically teddy bears with spears and sling shots, spoiled Return of the Jedi.

We suspect the Porgs are just in the movie to help sell more fluffy toys.

WHY IS FINN DRESSED UP AS A FIRST ORDER OFFICER?

Finn is on a mission in The Last Jedi and he is seen in a First Order officer uniform after either slipping inside their ranks or being captured.

A cool part of the trailer is seeing Finn take on his old boss Captain Phasma who has obviously survived the trash compactor from Starkiller Base.

WHAT HAS LUKE SKYWALKER SO WORRIED?

At one point Luke Skywalker says: “this is not going to go the way you think”. Who is he saying this to?

We think it’s Rey after they both climb out of a body of water. Luke is lying down and appears to be soaking wet.

Is Luke trying to steer Rey away from the temptations of the dark side? Is he forseeing her future?

COULD LUKE SKYWALKER BE THE NEW VILLAIN?

Apart from the trailer, something else was revealed – The Last Jedi’s official; poster.

The large figure looming in the background above all the other characters is Luke Skywalker. 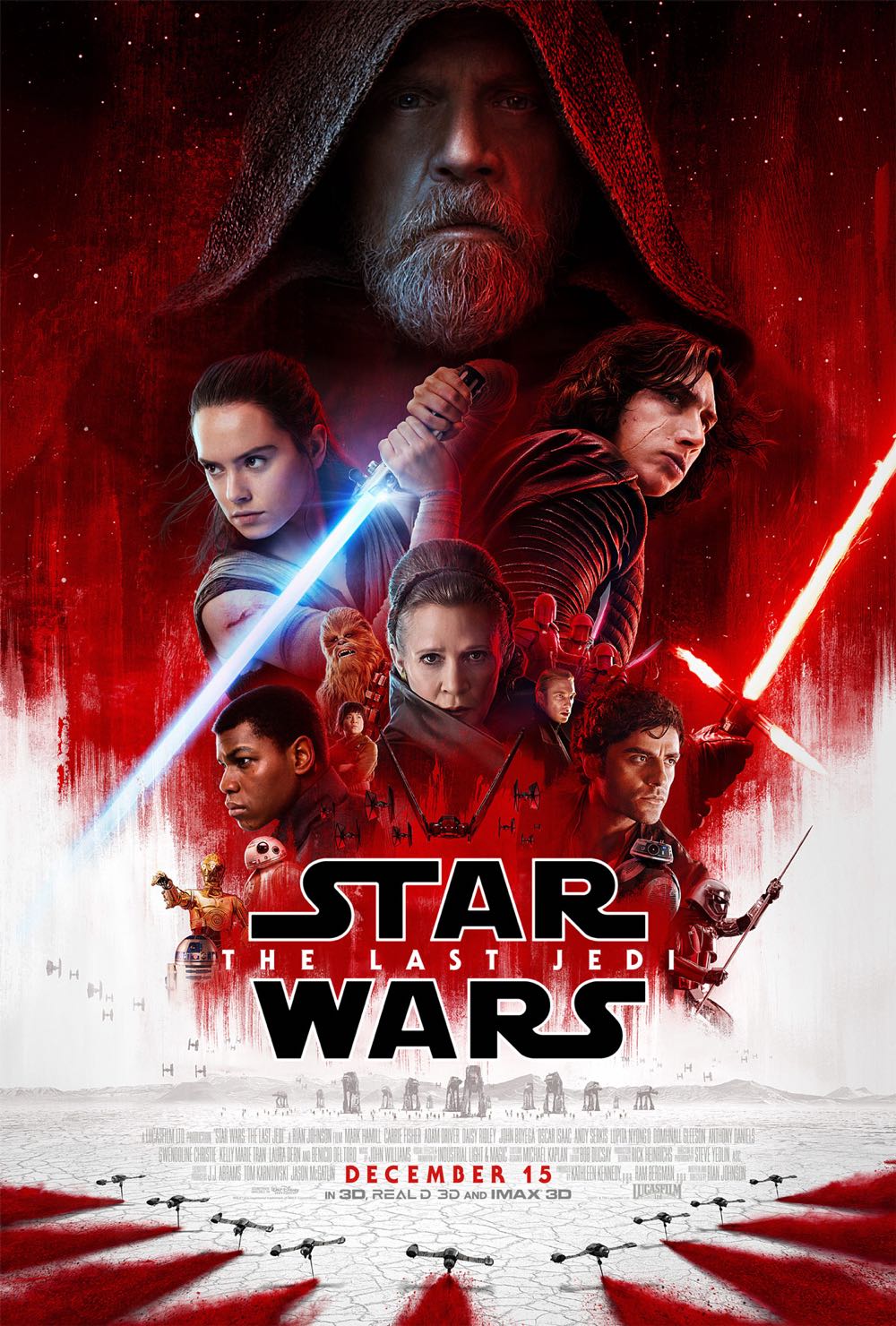 In the original trilogy posters, this space was reserved for the villain Darth Vader.

Can we assume Luke may be one of the villains of The Last Jedi? Is that why the movie is actually called The Last Jedi. 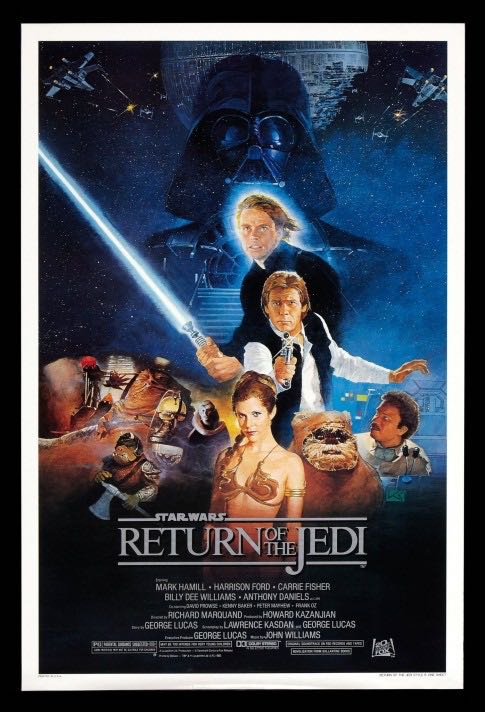 We’ll find out all the answers when Star Wars The Last Jedi opens in theatres on December 14. Tickets are on sale now.