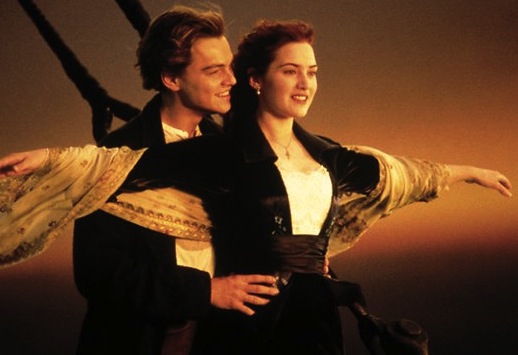 Titanic is being re-released in cinemas in April after an intensive 3D conversion to coincide with the 100-year anniversary of the sinking of the ill-fated ship.

Oscar-winning executive producer Jon Landau hosted a preview of the film in Sydney yesterday and showed off 40 minutes of the newly converted 3D scenes at a special screening.

Using cutting-edge technology, Landau says the conversion took 60 weeks and cost $US18 million to complete and all with the complete involvement of the writer/director James Cameron.

He says releasing the 3D version of the film will provide an opportunity to appreciate the spectacle in a cinema.

The 3D scenes which were showed at the special screening were amazing and put the audience onboard the ill-fated ship. The 3D conversion method is easily the best we’ve ever seen.

“We’re so excited about the idea of sharing this movie with a new generation of moviegoers that never got to see it on the big screen. We think Titanic is one of those movies that needs to be seen on the big screen,” he said.

“Thanks to 20th Century Fox we’re not approaching this as if it were a re-release.

“For us this is a new release. What people will see in the theatres is new and something that has never been seen before.

And according to Landau, the movie stands up just well today as the day it was first released 15 years

“There is nothing in the film that dates it. This is a movie that we believe is timeless.

“And we believe there is something very unique about Titanic in that it is a movie that people want to share.”

Converting a film to 3D is not like pressing a button on a computer. Landau says care had to be taken to get the conversion done just right.

“Jim Cameron and the rest of our team has been a part of that process every step of the way.

“We took 60 weeks to convert the film and the way we try to utilise 3D is to immerse the audience into the storytelling.”

“3D is not about gags coming off the screen – it is about creating a window into a world.”

“We always tell people when you do a conversion you get 2.5D – hopefully we got closer to 2.99D.”

So how did the experience of producing the 3D conversion of Titanic compare with Landau’s work on Avatar?

“When you look at Avatar, every frame where there was a visual effects shot we spent hours and hours looking at it,” he said.

“We did the same thing here but now this movie has more visual effects shots than Avatar.

But Landau insists a 3D film is not just about large-scale action scenes and explosions.

“One of the things people don’t realise about 3D – it enhances the dramatic scenes more so than it does the action scenes.”

And what is Landau’s favourite scene in Titanic?

“To me it’s the scene where Leo pulls her into the gymnasium and says to Rose – you’re a butterfly trapped in a jar,” he said.

“It was my favourite scene in 2D and watching it in 3D it puts me in the gym with them in this very private moment. I get to be there and I’m longer just sitting in a theatre.”

Before Titanic was released in 1997 it was already the most expensive film ever produced with fears it may flop at the box office but Landau was convinced that what they were working on was special.

“I was always confident but I had none of these grey hairs,” he joked.

“What kept me going was that I had read the script and it all starts with the script. Movies aren’t about the scale or the scope – movies are about the close-ups.

“I had seen the dailies with Jack and Rose in the water and I believed that if we did our job we would end up with a Dances With Wolves – a three hour plus movie that would do respectable at the box office and I might get to do another movie or two.”

So when did Landau get the idea to convert the movie to 3D?

“Jim and I started talking about this well before the studio was ready to address it,” he said.

“If we were to make Titanic again we would make it in 3D so it was natural for us to want to try and convert it.

“We spent years testing different companies – we took one minute of footage and broke it up over different scenes and we had digital effects companies work on those to test them and see how it would all turn out.

“We picked one – showed it to the studio again and again and finally got them on board with the idea.”

And was it hard to convince the studio to back the Titanic 3D conversion?

“There’s always a pitch because it is uncharted territory,” he said.

“They’re approaching this like it’s a new release, a tent pole movie that’s coming out.”

Landau says once other filmmakers see the quality of the Titanic 3D conversion they may want to go back, use the same process and re-release their own films.

“Other filmmakers will be able to go back. I have spoken to AAA list directors who are exploring going back to some of their titles and I think the key is having the filmmaker involved as opposed to saying we’re just going to do it.

“If Steven Spielberg wants to go back to one of his films or Peter Jackson or Bob Zemeckis or Francis Ford Coppolla and they’re a part of that process – that would be very exciting to me.”

Landau says he and James Cameron resisted the urge to back and make changes to the film.

“We made the decision not to change the movie and not to enhance the visual effects because we didn’t want it to become a Where’s Waldo where people are sitting there looking for what we changed.

“We didn’t change anything – something told us it worked the first time.”

Producer Landau arranged for the original stars Leonardo Di Caprio and Kate Winslet to see some of the first Titanic scenes converted to 3D and got an unexpected reaction.

“Leo’s response was here in Sydney. I flew over, Jim was already here, in December and we went over to Fox Studios (where he was shooting Baz Luhrmann’s The Great Gatsby) and screened selected scenes for Leo and his response was very interesting,” he said.

“The first thing he said when he saw himself was “oh my God – I don’t look like that anymore”.

“It took him a while to get back into it and then it was like he was watching it for the first time. He had to get over the shock because I don’t think he’d seen the film in 15 years.”

And what about Kate Winslet?

“She was so excited and said she couldn’t wait to share the film with her children who’d never seen the film.”

Titanic in 3D opens in cinemas across Australia on April 5 to coincide with the 100th anniversary of the Titanic’s sinking in the North Atlantic on its maiden voyage.