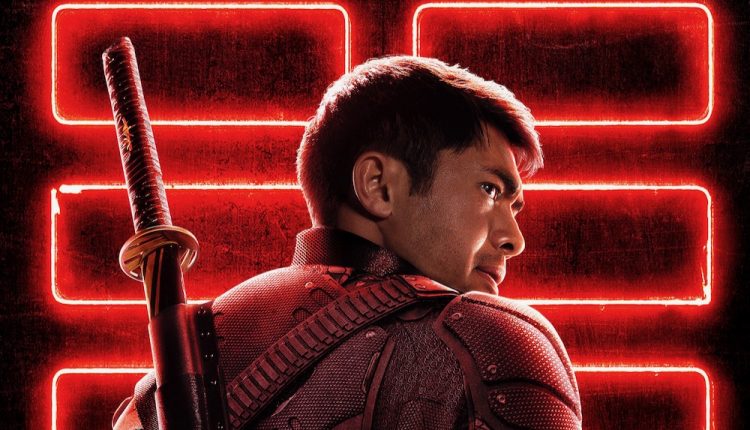 There’s been a lot of movies based on toys – including Snake Eyes: GI Joe Origins

Inspired by Hasbro’s heavily armed plaything, we look at the best and worst movies based on toys… 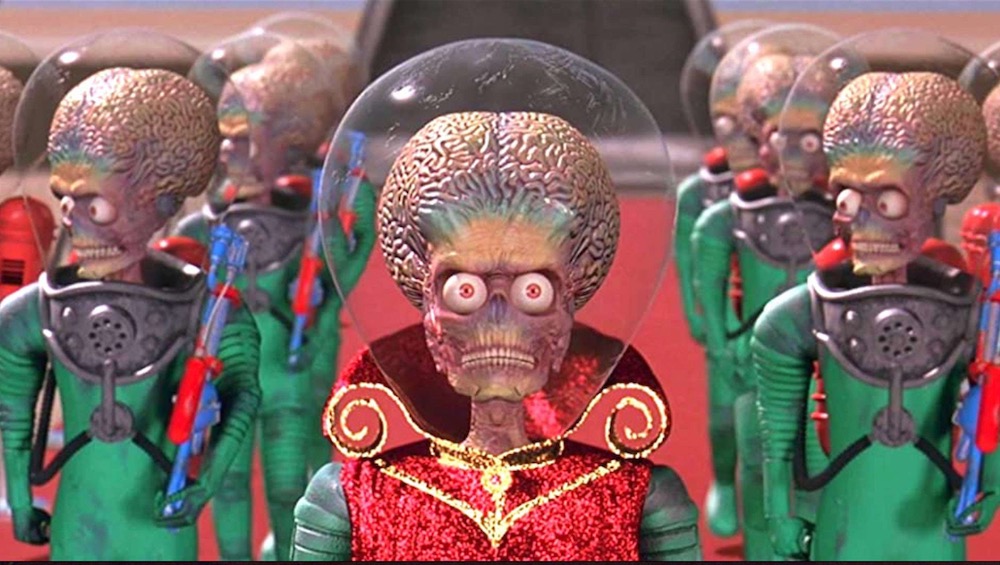 The evil Martians with oversized craniums first appeared in the garish violent 1962 Topps Mars Attacks trading cards set. In the ‘80s the cards were reissued followed by a model kit series.

Any film that starts with a stampede of flaming cows is going to be different and Burton’s irreverent style, a gleefully warped sense of humour, stunning CGI effects and delightfully askew performances ensure that this alien invasion is delirious fun. 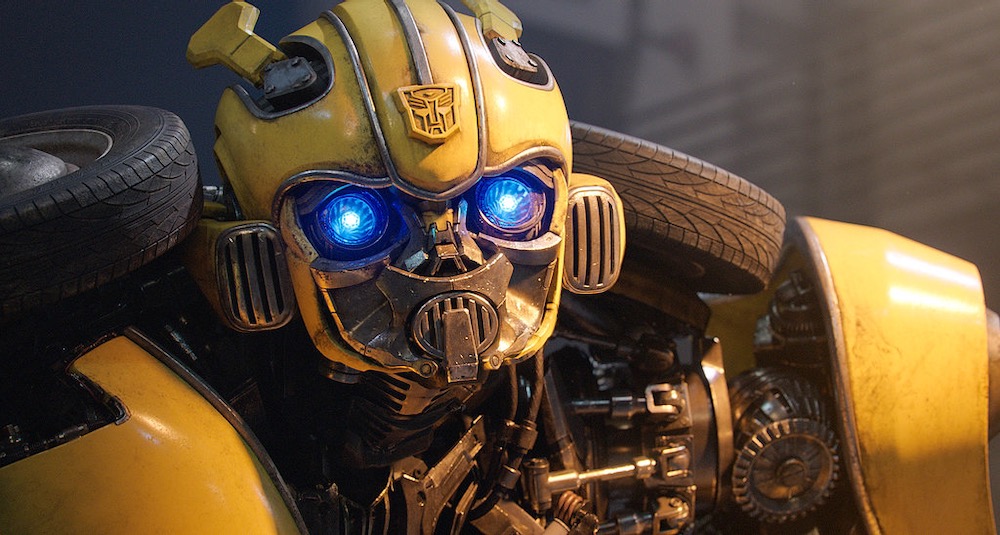 The transforming robots in disguise were given the explosive blockbuster treatment by the master of Bayhem himself, Michael Bay, but it was Bumblebee that proved there was more than meets the eye with the adrenalin-fuelled metallic actioners.

With the yellow Autobot front and centre and Hailee Steinfeld giving a delightful performance as Charlie, the young girl who discovers her new Volkswagen Beetle is actually a robot, Bumblebee mixes typically bravura set-pieces with a big heart and a fine line in ‘80s earworms. 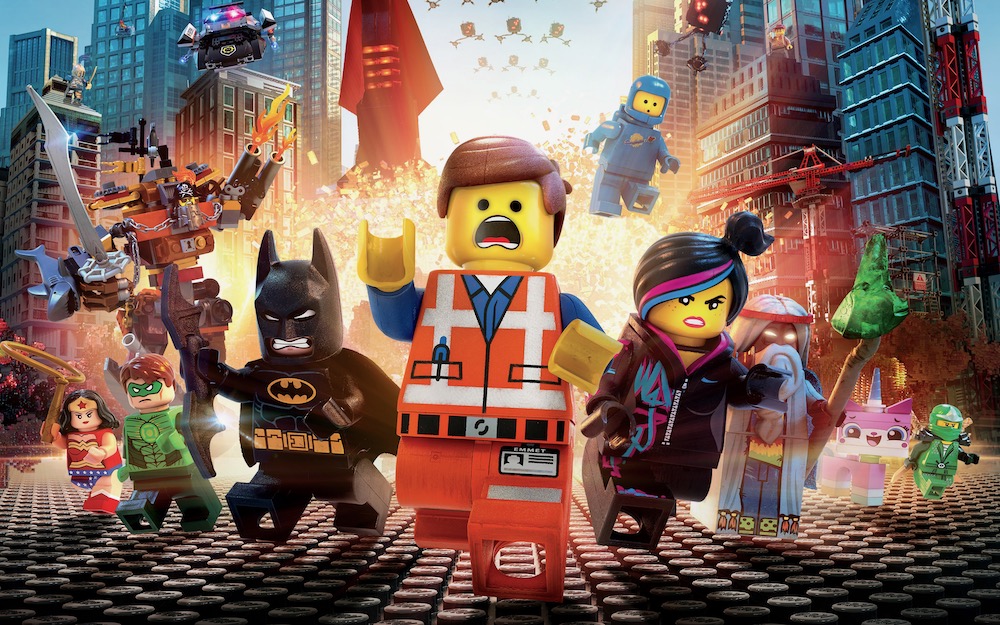 Brick by brick, The Lego Movie is an insanely brilliant high-concept explosion in a toy store. Directed by Christopher Miller and Phil Lord, the visionaries behind Cloudy with a Chance of Meatballs, the film is a frenetic eye-popping delight.

Guardians of the Galaxy star Chris Pratt voices Emmett, a LEGO construction worker, who discovers he may be the “special” and finds himself inadvertently on a quest to stop an evil tyrant and his dastardly scheme planned for Taco Tuesday.

The rapid-fire creation scenes are non-stop, the humour spot on and the animation state of the art. Everything is Awesome.

Starting life in comics, the heroes in a half shell became plastic action figures in 1986. Then in 1987, Leonardo, Donatello, Michelangelo and Raphael appeared in their own, hugely popular, animated series.

By the time the Turtles appeared in their own live-action flick, the subterranean pizza chomping anti-heroes were big news.

Compared to the slick Michael Bay produced 2014 reboot, the rubber suits may be a bit clunky but it oozes charm, boasts Sam Rockwell and Corey Feldman in its cast and has a song from MC Hammer. Cowabunga!

With an all-star cast including Eileen Brennan, Tim Curry, Madeline Kahn, Christopher Lloyd, Michael McKean, and Lesley Ann Warren, based on a story by John Landis (The Blues Brothers, An American Werewolf in London) and three different endings so you never knew which version of the film you were going to see, Clue is the best fun you’ll ever have getting murdered.

In the Kitchen. With a lead pipe. The film plays out like the board game, called Cluedo in Australia, as strangers arrive at a mansion, are given pseudonyms by their host – Colonel Mustard, Mrs. White, Mrs. Peacock, Mr. Green, Professor Plum, and Miss Scarlet – and are slowly killed off.

The ever-dwindling survivors have to figure out whodunnit.

A huge surprise! The small plastic troll figures with the big colourful hair inspired one of the most feel-good kids films EVER!

A candy-rainbow explosion of eye-melting proportions, the all-singing, all-dancing trolls, led by the always happy Poppy (Anna Kendrick) and happy-to-be-miserable Branch (Justin Timberlake) are on a mission to save their friends from the evil, and very hungry Bergens, who plan to eat them.

With Zooey Deschanel, Russell Brand, Christopher Mintz-Plasse and James Corden also lending their voices to the animated fun, you won’t be able to stop that feeling.

One of the strangest toy-to-film adaptations, Battleship is one of the few attempts to transform a game into an action film.

The plot involves a water-logged alien invasion, the US Navy, a boat load of actual World War II veterans and a delightfully daft way of recreating the gameplay of the original Hasbro toy. You sunk my battleship!

By the power of Grayskull! Mattel’s hugely popular “Masters of the Universe” toy line first hit shelves in 1982. Since then, He-Man has featured in comics, been animated in the Filmation series He-Man and the Masters of the Universe and played by muscleman Dolph Lundgrun courtesy of Cannon Films.

With Frank Langella as Skeletor and the dodgiest special FX this side of Eternia, it’s a low-rent kitsch camp classic and a total hoot.

Now Clerks director Kevin Smith is the creator behind the Masters of the Universe: Revelation featuring the vocal talents of Chris Wood as He-Man along with Sarah Michelle Gellar as Teela, Lena Headey as Evil-Lyn and Mark Hamill as the skull faced bad guy.

The sequel to G.I. Joe: Rise of the Cobra kills off most of the cast of the first film, injects some of The Rock’s tried and trusted franchise Viagra, adds a gun-toting Bruce Willis and a stunning mountainside wuxia style set piece.

The plot still revolves around futuristic nanotechnology and the evil Zartan (again played by Arnold Vosloo) trying to take over the planet.

This time by using the high tech to impersonate U.S. President (Jonathan Pryce). Adrianne Palicki as Jaye is a welcome addition to the new team but it’s Lee Byung-hun and Ray Park who steal the show again as Storm Shadow and Snake Eyes.

While D&D, as aficionados call it, featured heavily in Stranger Things, that wasn’t the first time the role-playing game has appeared on screen.

In E.T. The Extra Terrestrial, Elliott’s older brother and his friends are seen playing at the beginning of the Steven Spielberg classic. Watching these kids play was better than watching the big screen adaptation unfortunately.

Despite having Jeremy Irons, Thora Birch and Marlon Wayans in the cast the film is a charisma free zone with a lazy script and lacklustre spectacle. It lacks something fundamental when playing any role-player. Imagination!

The world’s most famous doll will come to vivid life played by Margot Robbie in a new film written by hipster indie darlings Noah Baumbach and Greta Gerwig and directed by the Little Women helmer.

The Harley Quinn actress plays the live-action embodiment of Mattel’s leading lady as Barbie is expelled from “Barbieland” for not being perfect enough.

Looking for adventure she heads out into the real world. No news yet who will be donning the Ascot to play Ken.