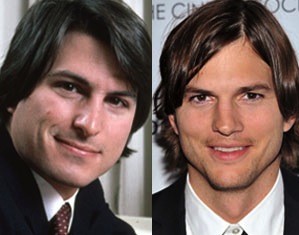 The official trailer for Jobs – the film starring Ashton Kutcher as Apple co-founder Steve Jobs – has been revealed ahead of its August 16 release.

Kutcher bears a striking resemblance to the late Apple CEO in the film that tells the story of the birth of Apple and the rise of Jobs in Silicon Valley before his eventual firing from the company he helped create.

Alongside Kutcher is Josh Gad who plays Apple’s other co-founder Steve Wozniak.

The scenes in the trailer include Wozniak showing Jobs what would be the first Apple computer and also how they came up with the name of the company.

Jobs was screened as part of the Sundance Film Festival in January and was due for an April release before it was pushed back to August.

But this won’t be the only film based on the life of visionary Apple boss Steve Jobs.

No word yet on the actor who will be playing Steve Jobs in the Sorkin production which is backed by Sony Pictures.

Hands on with the NVIDIA Shield portable gaming device