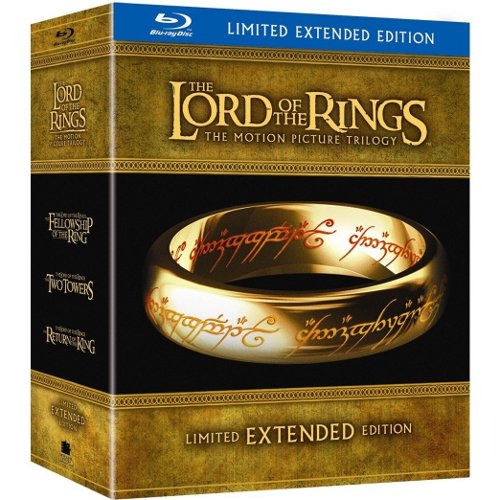 It’s nearly 10 years since the release of The Fellowship of the Ring – the first chapter in the blockbusting Lord of the Rings trilogy.

To celebrate, extended full high definition versions of all three films will be released on Blu-ray Disc on June 29.

The Lord of the Rings Motion Picture Trilogy: Extended Edition is a stunning 15-disc collection featuring more than 26 hours of special features.

The extra features on the highly-anticipated trilogy includes a rare behind-the-scenes documentary by Costa Botes – the filmmaker who had unprecedented access to the set of each of director Peter Jackson’s productions.

These feature length documentaries for each film reveal the complexities that tested the cast and crew along with the lighter moments that built tremendous camaraderie among the actors.

The films feature a total of two hours of extended scenes which were personally selected and supervised by Peter Jackson himself.

A total of 30 Academy Awards nominations were received by the Lord of the Rings trilogy and it won 17 including Best Picture, Best Director, Best Adapted Screenplay and eight other for the third film – The Return of the King.

On top of extended scenes of the films, the five Blu-ray Discs for each film also contain audio commentaries by each of the various departments who worked on the film starting with the director and writer and extending all the way to designers and post production teams.

The Lord of the Rings movies make up one of the most visually arresting, emotional and spectacular trilogies ever created and fans of the films can truly get inside each film like never before with this extended edition on Blu-ray Disc.