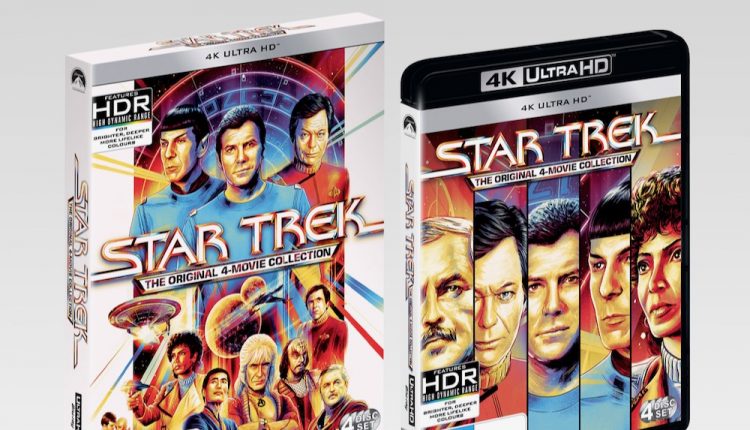 To celebrate the 55th anniversary of the original Star Trek franchise, the films featuring the original cast have been released on glorious 4K Ultra HD disc.

It was on September 8, 1966 when the first episode of Star Trek went to air. And it went on to become one of the most popular TV shows and franchises of all time before hitting the big screen with Star Trek: The Motion Picture and spawning other TV and movies series. 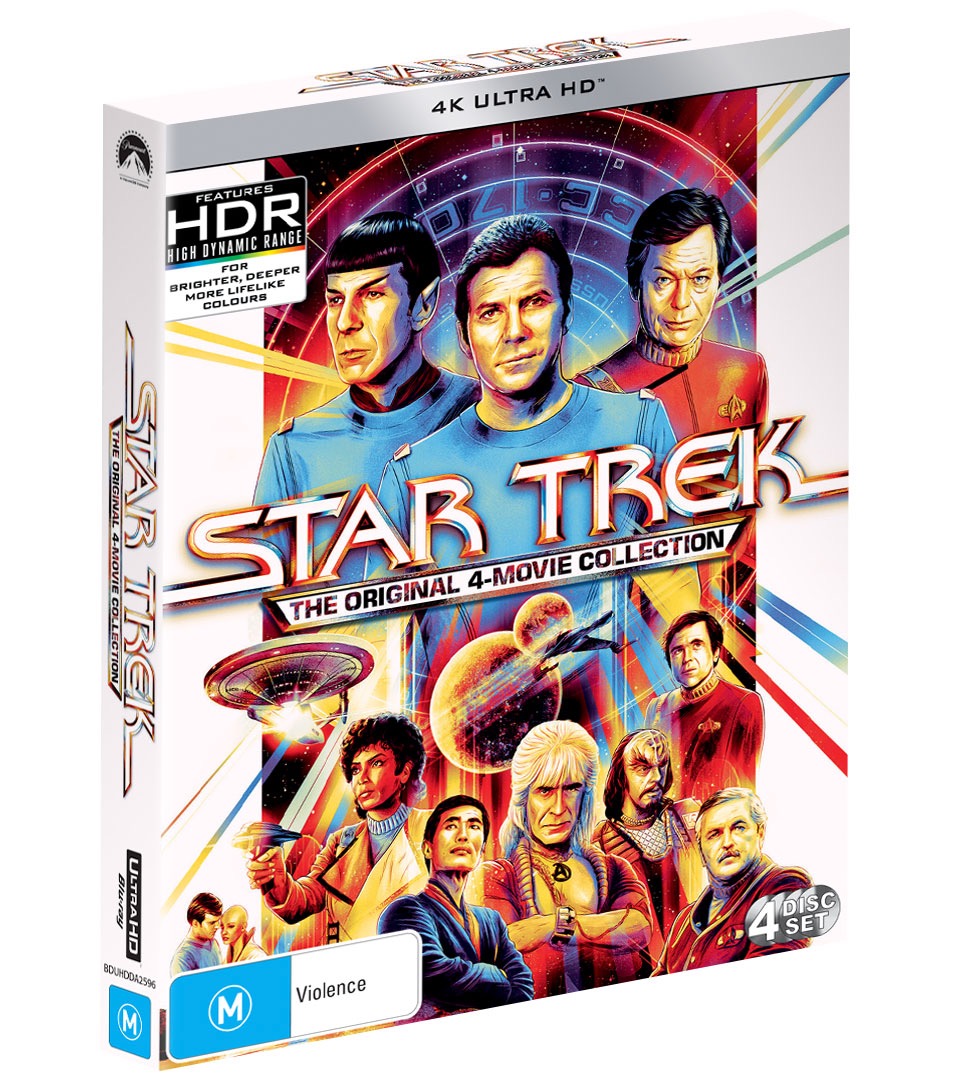 Each of the films are presented in Dolby Vision and HDR10.

The discs will also feature director and cast commentaries of all four of the films.

Star Trek II: The Wrath of Kahn will also include both the theatrical and director’s cuts of the film.

The four original Star Trek films will also be available in 4K on select digital platforms from September 8, 2021.

Here is a detailed list of the disc contents:

Including both the original theatrical and director’s cuts, Star Trek II: The Wrath of Khan is one of the most celebrated and essential chapters in Star Trek lore. On routine training maneuvers, Admiral James T. Kirk seems resigned that this may be the last space mission of his career. But an adversary from the past has returned with a vengeance. Aided by his exiled band of genetic supermen, Khan (Ricardo Montalbán)—brilliant renegade of 20th century Earth—has raided Space Station Regula One, stolen the top-secret device called Project Genesis, wrested control of another Federation starship, and now schemes to set a most deadly trap for his old enemy Kirk… with the threat of a universal Armageddon.

Admiral Kirk’s defeat of Khan and the creation of the Genesis planet are empty victories. Spock is dead and McCoy is inexplicably being driven insane. Then a surprise visit by Spock’s father provides a startling revelation: McCoy is harboring Spock’s living essence. Kirk attempts to steal the U.S.S. Enterprise and defy Starfleet’s Genesis planet quarantine to search for his friend, but the Klingons are planning a deadly rendezvous.

When a mysterious alien power threatens the atmosphere of Earth in the 23rd century, Kirk and his crew must time travel back to 1986 San Francisco to save mankind. Exploring this strange new world, they encounter punk rock, pizza and exact-change buses that are as alien as anything in the far reaches of the galaxy.

NBN announces more suburbs and towns for fibre expansion – is yours on the list?