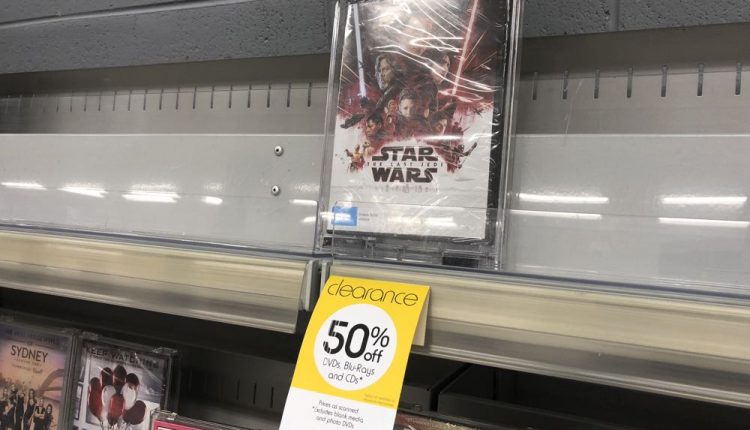 Kmart will no longer sell DVDs and Blu-ray discs in their stores with the remaining stock heavily discounted in a massive clearance sale to create extra space for more kids products and homeware items.

Even the company’s website says “this product is no longer available”.

At our local Kmart at Westfield Eastgardens, all of the remaining DVDs and scare Blu-ray discs were now down to 50 per cent off.

That meant you could have bought Star Wars The Last Jedi on Blu-ray disc earlier this week for $17.50.

Other DVD titles including recent releases were as cheap as $3.

But at the Eastgardens Kmart store, the space formerly occupied by rows of DVDs has now been replaced with rows and rows of books.

So Kmart can’t argue they are getting rid of a dying product because demand for physical media is still reasonably high as is the demand for printed books.

Other major retailers including JB Hi-Fi, Big W and Target will continue to sell DVDs, Blu-rays and CDs.

The Australian Home Entertainment Distributors Association says physical packaged entertainment is still worth more than $800 million per year in Australia despite the fact disc sales have dropped 11 per cent year-on-year.

Kmart drew some criticism on social media for their decision to pull out of DVD sales. 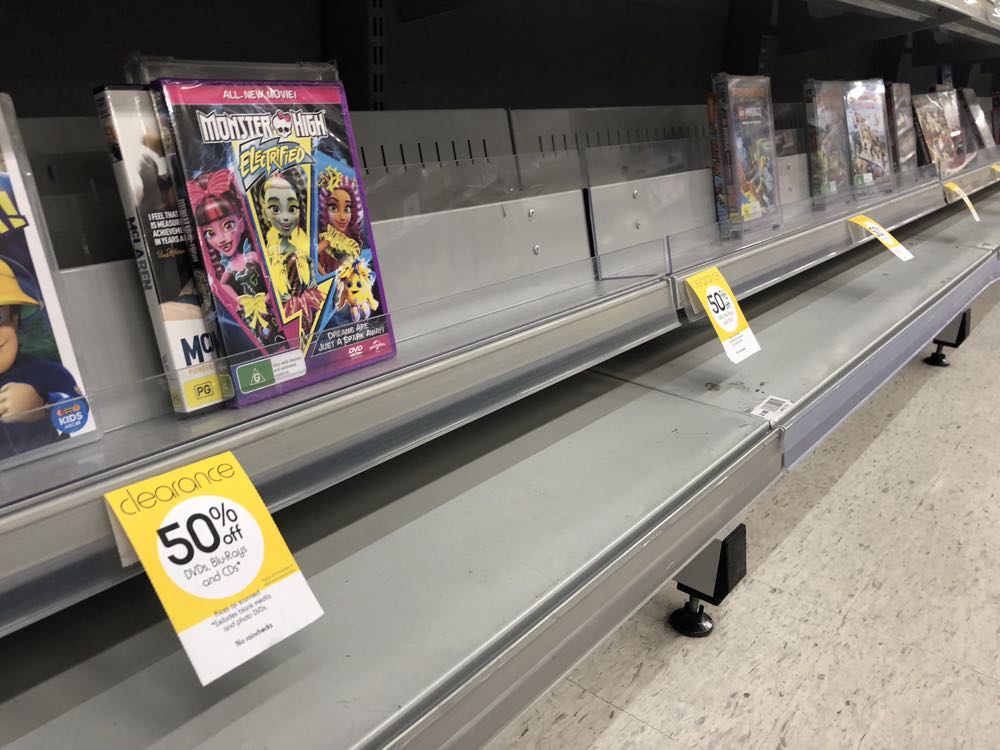 “Getting rid of CDs and DVDs for kids rubbish – shame on you Kmart – you’ve lost a customer,” one woman tweeted.

“Kmart should leave the DVDs, not fair,” another tweeted.

“I don’t buy them from Kmart but come on, if there are customers buying them, supply them. Streaming doesn’t have everything,” was another response.

But not everyone was sympathetic.

“Get over it people, get Netflix,” a man said in a tweet.

Sure, we have Netflix and Stan and all the streaming services but for viewing full high definition and 4K content there is just no beating a disc

Streaming a movie in 4K is not the same as playing a 4K movie on disk. For purists like myself the bit rate from a disc is far greater than that achieved streaming.

This means better quality and a smoother picture.

Plus a disc doesn’t rely on your internet connection to determine the playback quality. 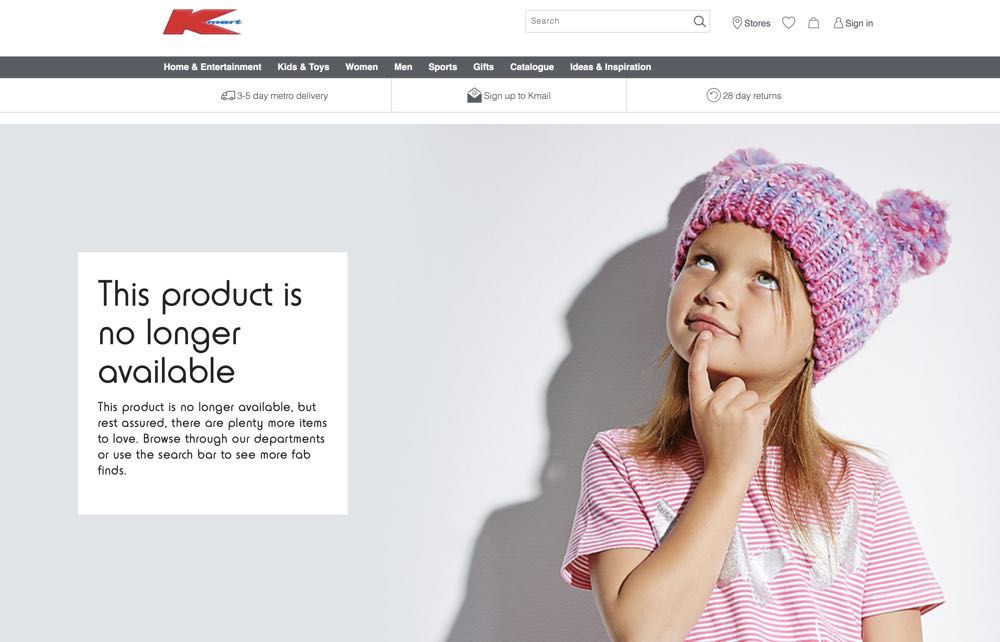 The fact that a disc offers a “repeatable experience” will always win out for me.

Streaming high-definition is okay but I would still prefer the Blu-ray because my system can upscale that to near 4K quality.

Kmart mainly stocked DVDs – which is standard definition – and only had ever had a sprinkling of Blu-ray at our local Kmart and 4K was never offered.

I’ve always been a massive movie collector but I’m always attracted to the best possible version of the film.

Today that is on 4K Ultra HD disc.

But because of Netflix and Stan and iTunes all these other streaming services I won’t even buy Blu-ray disc any more unless it’s a movie I really love and there is no 4K version available.

Is this the beginning of the end for physical media for home entertainment?

I certainly hope not especially with the numerous products available to enjoy such high quality entertainment at home including amazing smart TVs and audio systems.

It would be a shame if streaming content was our only option.

I know not everyone is as fanatical about me when it comes to watching movies in high-quality.

I went to the trouble of creating a dedicated home theatre to do just that.

If I want to watch a 4K movie, I’ll choose the disc every time.