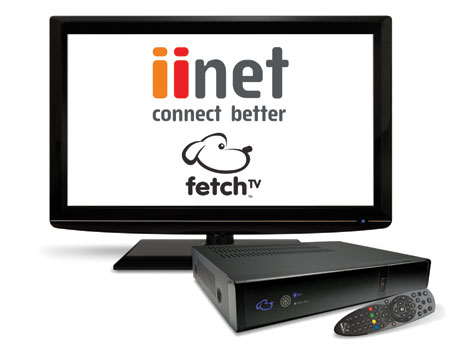 The internet TV market is hotting up following the announcement Fetch TV has added four more movie studios to its content line-up.

This means Fetch TV will have the widest selection of new release movies of any Australian subscription TV service.

“The vast majority of movies rented or bought are new-release titles and we’ve worked hard to agree to deals with more studios than anyone else in Australia to bring the widest selection of new-release movies to our viewers,” said FetchTV CEO Scott Lorson.

“As a result, FetchTV is the best place to make sure you see all new-release titles whenever you want, without leaving the sofa.”

New release movies will be priced at $6.95 for high definition and $5.95 for standard definition while older library films will cost viewers $3.95.

Viewers can also expect to see The Social Network and The Green Hornet in the coming months.

These include award-winning films like Exit Through The Giftshop and the 2010 Oscar-nominated The Messenger starring Woody Harrelson.

WWE Studios is a fast growing film company with an expanding catalogue of films. 2011 releases will include Knucklehead, The Chaperon and That’s What I Am.