Quiet Please! There is nothing scarier than silence. Something filmmakers know all too well. By removing one of our senses, the terror of a scene can be stretched to breaking point.

In genre films, especially thrillers and horror films, we are conditioned to dread silence. Silence is the calm before the storm. An aural signpost and a pause before the screams, the stabbing violins and scenes of abject terror. Our emotions are trained to brace themselves for the onslaught ahead.

Watching the A Quiet Place films it is the opposite. We crave silence. It is a respite from the terrors at large. With earth under attack from blind extra-terrestrial creatures with supersonic hearing and an alarming rate of speed when they are on the offensive not a sound can be made.

The human race is on trepidatious tiptoe as they try and stay alive in the devasted world they now call home. The only way the Abbott family – played by John Krasinski, Emily Blunt, Millicent Simmonds and Noah Jupe – can survive is in silence.

Every floorboard creek is a deafening clarion call for the aliens to bloodily slash their way through a poor unfortunate soul. Watching this film within the dark confines of a hushed cinema is a unique experience. Every seat shuffle or popcorn crunch accentuated against the absolute silence on screen. Viewers are even afraid to breathe.

Tapping a similar bloody vein as A Quiet Place was the tense 2016 home invasion thriller with a difference Don’t Breathe. Evil Dead remake director Fede Álvarez plays with silence and darkness as a blind man’s home is broken into by a young group of criminals.

The blind man (Stephen Lang), a twisted war veteran, levels the playing field by turning off the lights. Now the invaders, our protagonists, are living in his world. He uses his acute sense of hearing to track down the hapless robbers who have bitten off far more than they can chew. While not used to the same extent as in A Quiet Place, when Álvarez does use silence to build tension, it’s terrifying.

Another film that plays with the loss of senses is Wait Until Dark starring Audrey Hepburn. There is often far more to horror movies than pure terror. Some are allegories of a far bigger picture, and some just remind us how thankful we should be to have all of our senses.

A Quiet Place does exactly this so by thrusting a deaf character, played by Millicent Simmonds as Regan Abbott, into its post-apocalyptic world where sound is the enemy.

Terrence Young’s 1967 thriller Wait Until Dark covers similar ground as a blind woman (Audrey Hepburn) protects herself from a gang of hardened criminals who have broken into her home searching for a doll full of heroin they believe has been stashed in her apartment. Ahead of its time, Wait Until Dark is still a tense watch, largely thanks to committed performances from Hepburn and Alan Arkin as the head con man. 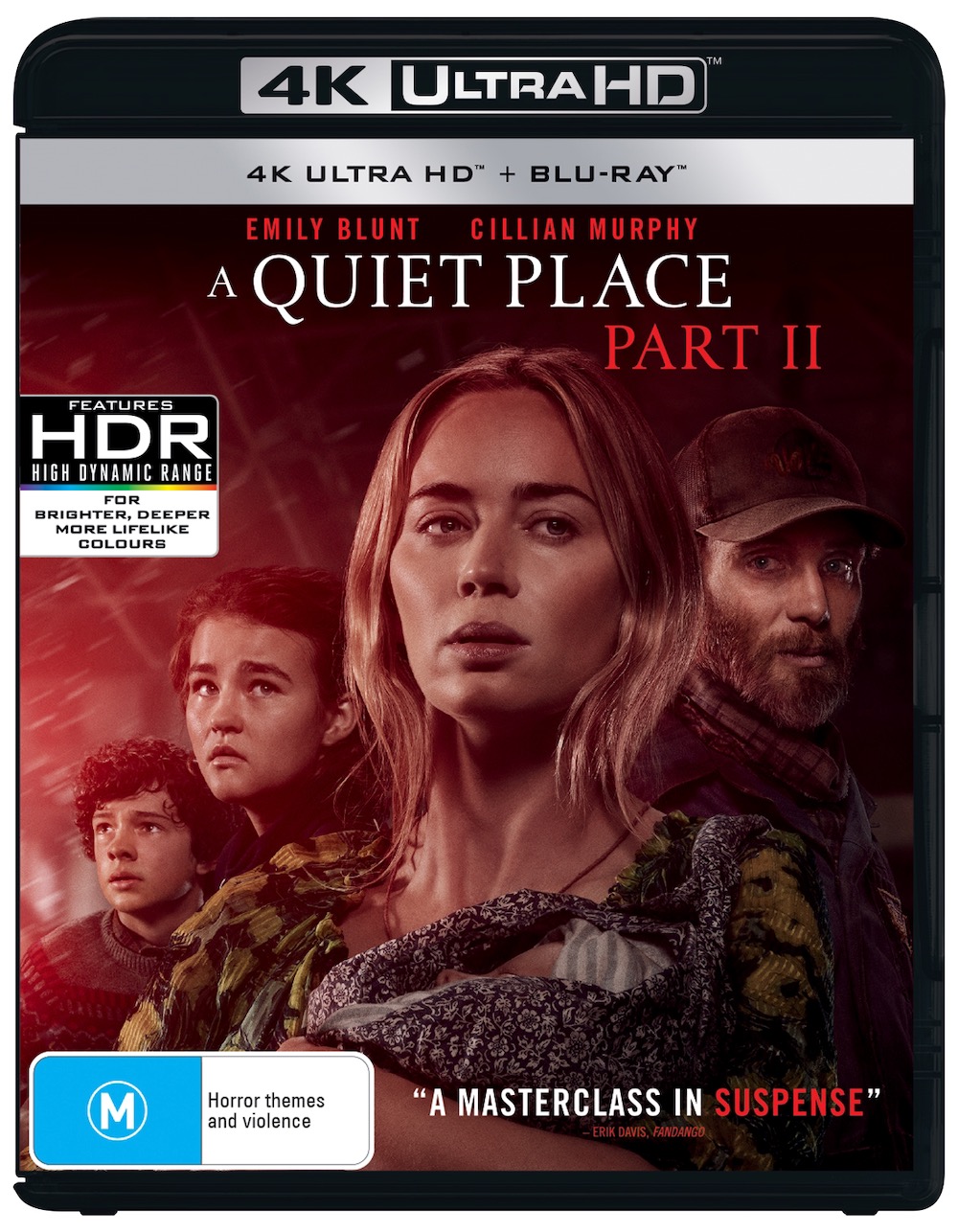 Bird Box, starring Sandra Bullock, played it slightly differently by taking away sight, or at least a willingness to look.

Everyone is now afraid to look after realising that anyone who even glimpses at the horrific inter-dimensional beings are driven to suicide.

With a blindfolded cast, the audience’s connection with the character’s eyes is removed, thus our point of empathy and understanding is less tangible. To quote Barry Convex in David Cronenberg’s Videodrome, “the eye is the window of the soul” and that has been taken away.

The master of suspense, Alfred Hitchcock knew the importance of silence. Who can forget those excruciating seconds in Psycho before the devasting murder scene that left Marion Crane (Janet Leigh) lying bloodied and brutalised on her shower floor? There is no score. Just the sound of a toilet flushing, the shower curtain being closed, an un-oiled tap turning and the water cascading over the soon-to-be-victims naked flesh. And then we witnessed the shadowy figure silently advancing until the curtain is whipped back and the silence is broken by Bernard Hermann’s staccato strings and Janet Leigh’s deafening scream.

In North by Northwest’s brilliant crop duster scene, all you can hear is the plane in the distance as Cary Grant’s unease builds. Hitchcock started making films towards the tail end of the silent era and you can tell he is comfortable shooting extensive long scenes without dialogue.

In his 1958 masterpiece Vertigo, there are long passages with no dialogue, as the obsessive detective “Scottie” Ferguson (James Stewart) spies on Kim Novak’s ingénue. Brian De Palma paid homage to Hitch’s virtuoso sequence in his own Dressed to Kill. Especially when the director’s prowling camera follows Angie Dickinson’s character when she visits an art gallery with only Pino Donaggio’s lush sweeping score for company.

The unease and dread that silence can induce in an awkward shuffling audience is exactly why the brilliantly made A Quiet Place films are so effective proving that an effective and immersive sound design is just as important as a thrilling action scene, a big-budget explosion or any amount of fake blood.

Like other hushed horrors like Bryan Bertino’s The Strangers, the recent Netflix chiller Hush, Neil Marshall’s The Descent and Ridley Scott’s Alien; A Quiet Place reminds us that silence is golden. Remember, in space… and in the movies, no one can hear you scream.

Why Governments and Banks Are Not Fond of Bitcoin?