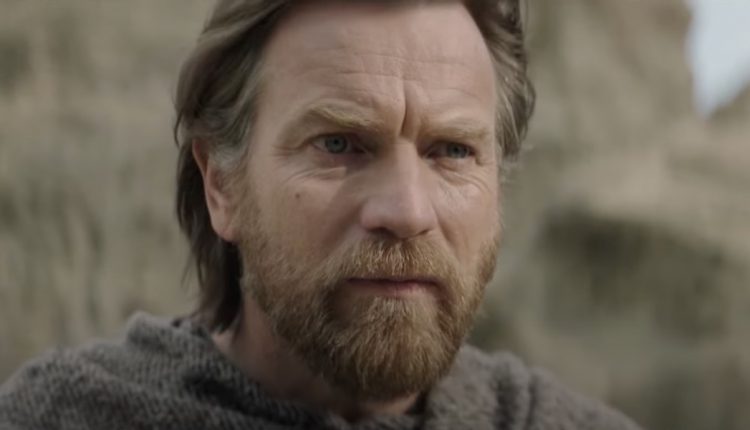 The series is set 10 years after the events of Star Wars Episode III: Revenge of the Sith which saw the Jedi Order decimated by the newly formed Galactic Empire.

Kenobi (played by Ewan McGregor who reprises his role from the Star Wars prequels) is in hiding on Tatooine after delivering an infant Luke Skywalker to the Lars family – Luke’s uncle and aunt.

But the trailer reveals Kenobi is still being hunted by the Empire who is trying to flush out the last remaining Jedi in the galaxy.

In one scene of the trailer, Obi Wan Kenobi can be seen looking through electronic binoculars down at the Lars homestead (seen in the original Star Wars film – Episode IV: A New Hope) where we see a young Luke Skywalker.

We also see Luke Skywalker’s uncle/guardian Owen Lars (played by Australian actor Joel Edgerton – also reprising his role from Episode II and III) – as he stands in a crowd on Tatooine listening to the Imperial Jedi hunters.

The series will also mark the return of Hayden Christensen who played Anakin Skywalker as he turned to the Dark Side of the Force and became Darth Vader.

In fact, if you listen carefully at the very end of the teaser trailer, you’ll heard Darth Vader breathing.

There will be six one-hour episodes of Obi-Wan Kenobi – when you add that up that’s the same length as the of the original trilogy.

Obi-Wan Kenobi launched on Disney+ on May 25 – which happens to the 45th anniversary of the theatrical release of Star Wars in 1977.