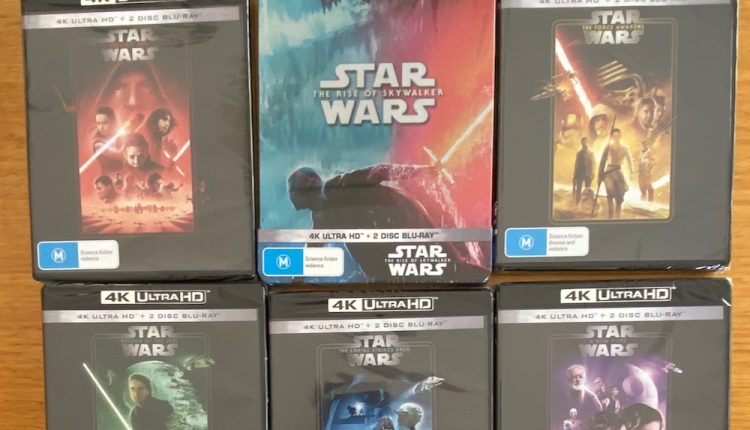 Disney has released Star Wars The Rise of Skywalker and every other Star Wars film on 4K a week early ahead of a possible coronavirus lockdown which will give fans a chance to enjoy a marathon if they are forced to stay in their homes.

The home entertainment release of Episode XI The Rise of Skywalker wasn’t due in stores until April 1 but stores, which had received stock today, were informed that they were able break the embargo and put the title on the shelf. 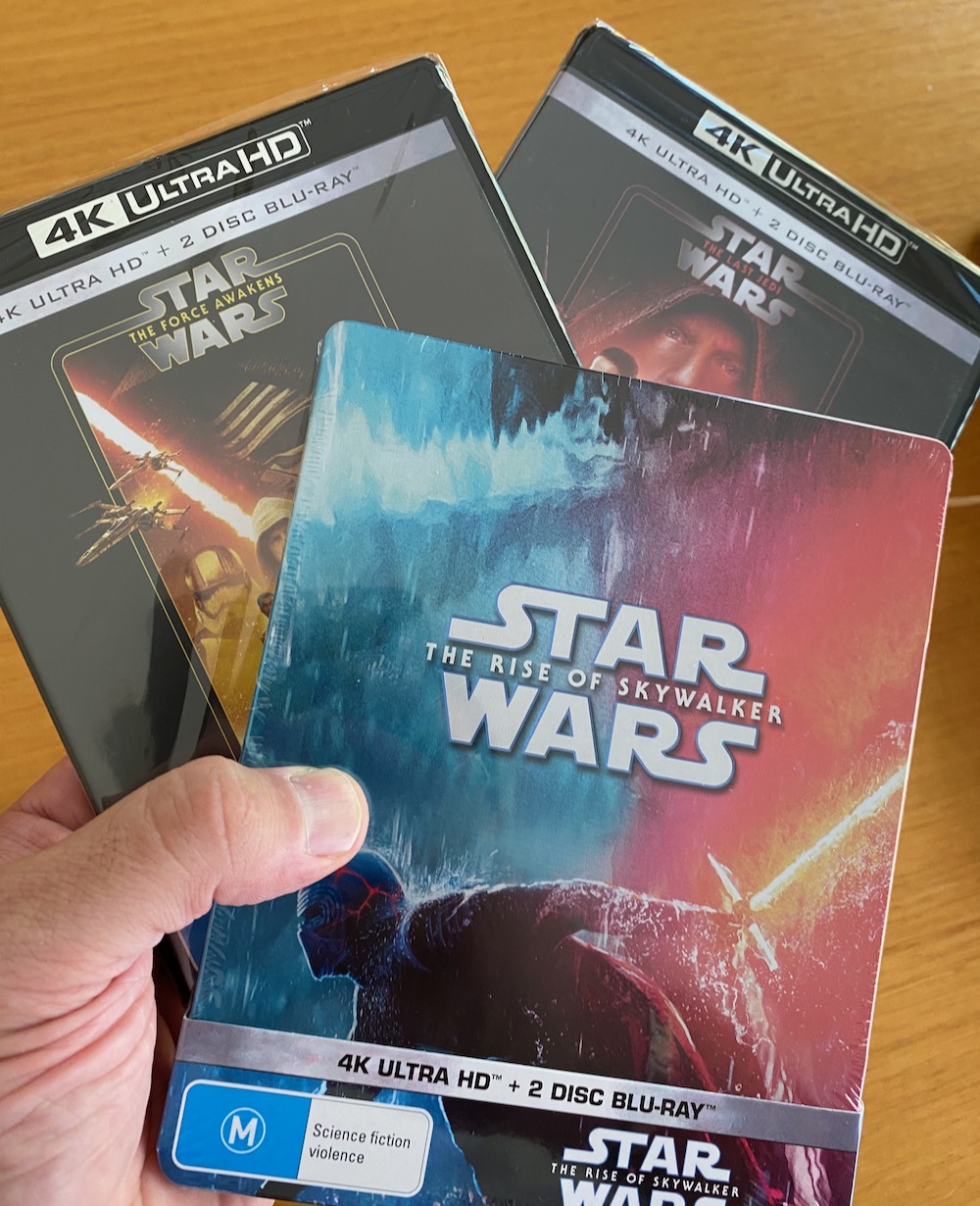 Also due April was every other Star Wars film on 4K including the original trilogy (Star Wars: A New Hope, Empire Strikes Back), the prequel trilogy (The Phantom Menace, Attack of the Clones, Revenge of the Sith) and the new trilogy (The Force Awakens, The Last Jedi and The Rise of Skywalker). These too were authorised why Disney to go on sale early.

Disney has also released Rogue One on 4K for the first time and re-released Solo on 4K in a slipcase to match the style of the other titles. 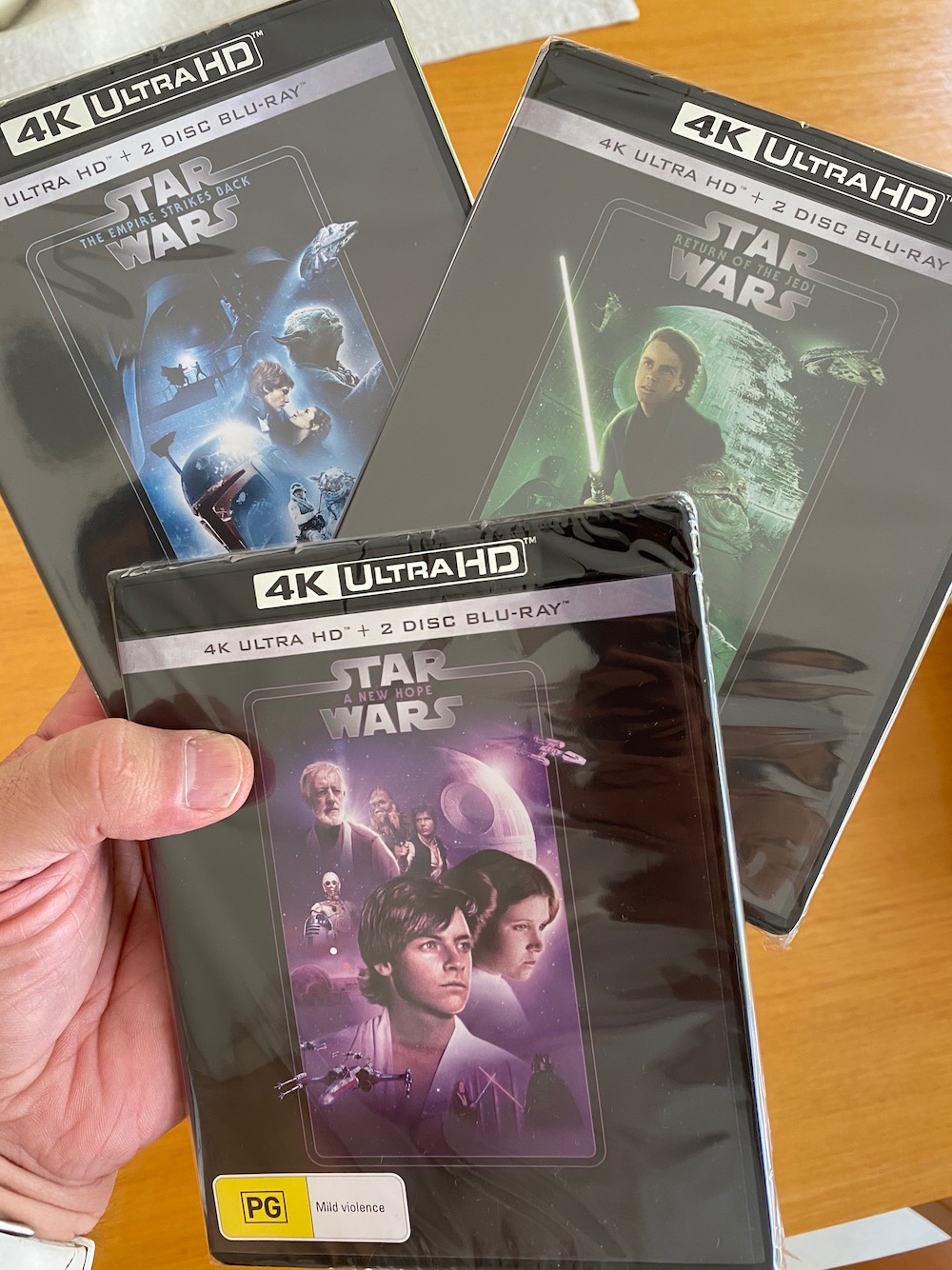 Episode XIII The Last Jedi has also been re-released on 4K to match the cover style of the other Star Wars 4K titles. It became the first Star Wars film every released on 4K when it went on sale in March 2018.

Tech Guide discovered the Star Wars 4K titles were in stock when we wandered into the JB Hi-Fi at Westfield Eastgardens at lunchtime. 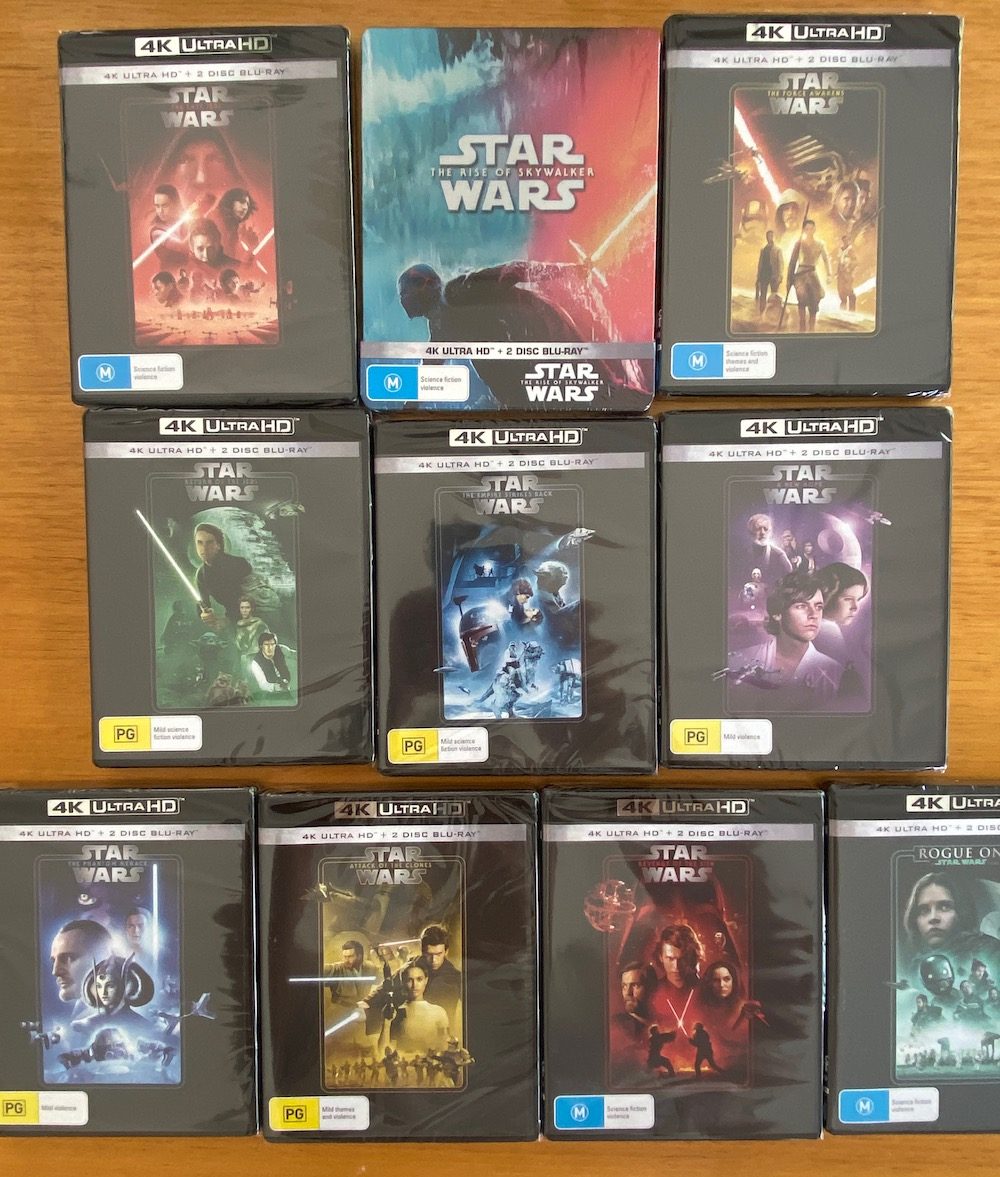 We were told the boxes arrived 10 minutes earlier and that Disney had allowed them to start selling them immediately instead of waiting till Wednesday next week.

Earlier this month in the US, Disney released the Rise of Skywalker on digital days before its scheduled released.

We suspect Disney wanted to get the Star Wars 4K titles – which are also being released on Blu-ray and DVD – into stores before a possible lockdown if the Federal Government decided to go ahead with Stage 3 restrictions. 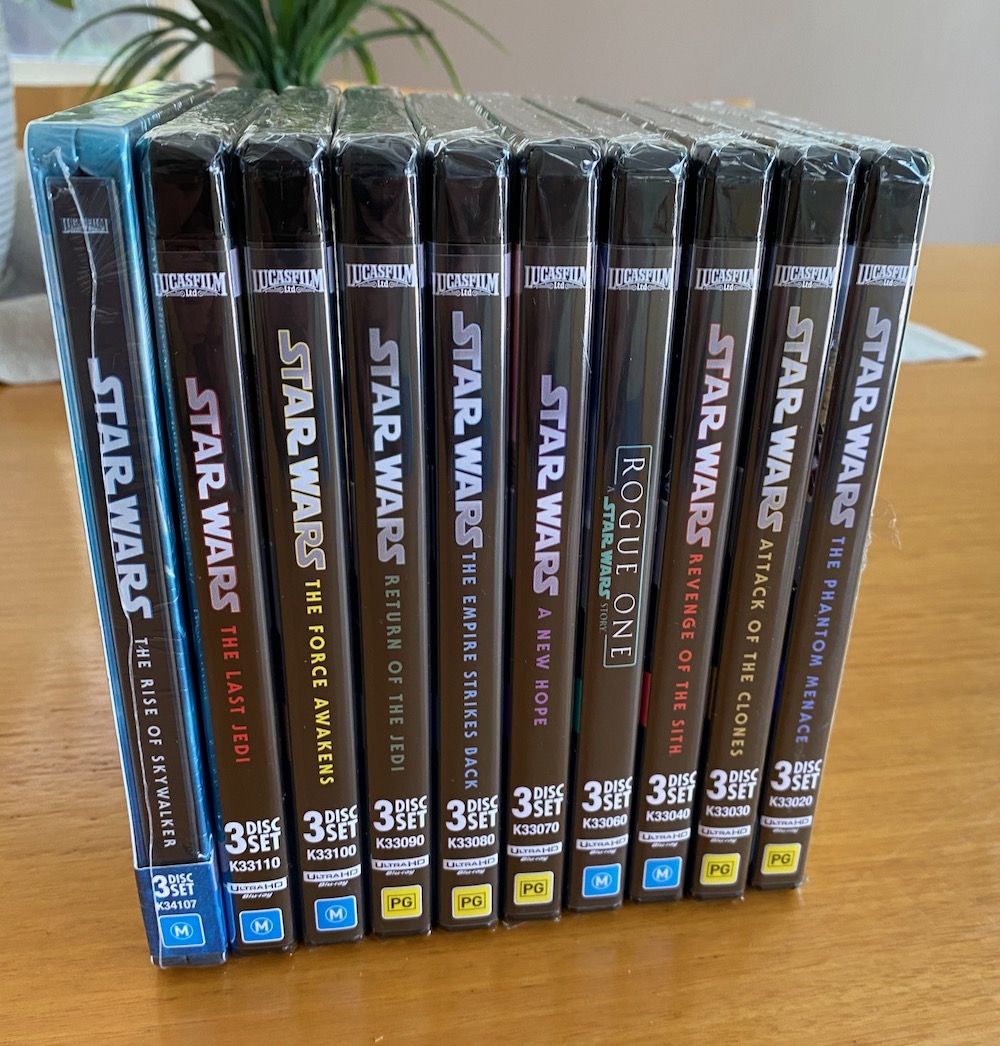 There will be a lot of fans happy to be stuck indoors with every Star Wars movie to watch on 4K including the very latest film that wraps up the Skywalker saga – The Rise of Skywalker.

Apple may have to delay 5G iPhone release until next year