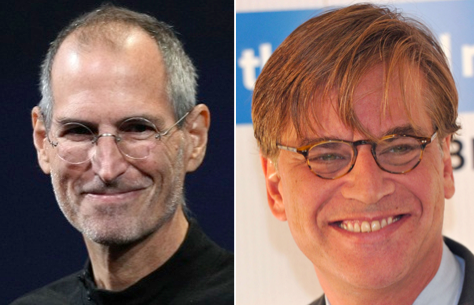 Aaron Sorkin, the Academy Award winning screenwriter of The Social Network, will adapt the bestselling Walter Isaacson biography of Steve Jobs into a feature film for Sony Pictures.

Sorkin’s script will no doubt include his trademark smart, snappy dialogue and the ability to create drama and interest from seemingly mundane situations.

Sorkin, the writer behind hit TV show The West Wing and the film A Few Good Men, is no stranger to films about the tech industry.

He won the Best Adapted Screenplay Oscar for his work on The Social Network which outlined the story of Mark Zuckerberg and the creation of Facebook.

This Sony Pictures project is separate to another independent biopic already in production about the Apple co-founder which will star Two and Half Men star Ashton Kutcher in the lead role.

“Steve Jobs’s story is unique: he was one of the most revolutionary and influential men not just of our time but of all time,” said Sony Pictures co-chair Amy Pascal.

“There is no writer working in Hollywood today who is more capable of capturing such an extraordinary life for the screen than Aaron Sorkin.

“In his hands, we’re confident that the film will be everything that Jobs himself was: captivating, entertaining, and polarizing.”

Sorkin is currently in production for his latest TV series The Newsroom which will premier on HBO in the US on June 24.