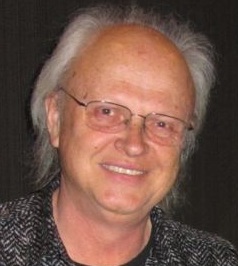 He’s the man who helped bring George Lucas’s Star Wars vision to life for the first time, and in the process, redefined visual effects.

Special effects maestro Dennis Muren spoke with Tech Guide ahead of the release of the Star Wars film on Blu-ray next week.

The eight-time Academy Award winner talks about the state of visual effects today and the challenges he faced to bring the original Star Wars film to the screen.

Muren is the only special effects artist to be honoured with a star on the Hollywood Walk of Fame.

The demands of turning Star Wars into a reality sparked the formation of Industrial Light and Magic where Muren is still the Senior Visual Effects Supervisor.

Apart from his work on Star Wars, Muren is also responsible for some of the most iconic visual effects ever produced including ET, Close Encounters, Indiana Jones, The Abyss, Terminator 2 and Jurassic Park just to name a few.

Tech Guide: Did you ever imagine the reaction to that opening shot Star Wars back in 1977?

Dennis Muren: The opening shot of Star Wars was one of those incredibly memorable shots. Partway through it the audience burst into applause. We had no idea why they did that – we were so familiar with it but we couldn’t see the forest for the trees. Most of us had no clue, well maybe George (Lucas) did. The background was a matte painting about four feet wide and two feet high painted with acrylic paint by Ralph McQuarrie.

TG: Just how challenging was it trying to get Star Wars finished on time?

DM: It was amazing just getting Star Wars done because in November before it came out in May it looked like we weren’t going to get it done. How are we going to able to suddenly make up in four months what we haven’t been able to do in a year and half? People were onboard, everything was flying and we went into that last four months with a new level of energy and connectiveness all the crew and the people to turn out this film in time. It was amazing.

DM: Phantom Menace was the first time we entered the CG world and we were able to jump ahead to computer graphics and George’s mind was able to go absolutely crazy and it did.

And he’d been thinking about this stuff for 15-20 years. He came up with sequence in Phantom Menace , which is one of my favourites – the battle sequence.

The big battle was pretty difficult at the time because no one had ever done a synthetic battle with thousands of soldiers or creatures fighting each other.  We didn’t do any crowd simulations – it was all real motion capture or hand animated characters all the time and replicated and shifted them around so you couldn’t tell when a character is moving the same way as another.

As far as I know this was the first time anyone had created a giant CG battle with thousands of CG characters. It’s been done a lot since but Phantom Menace was the first show to embrace it.

TG: Is CG being used as shortcut to creating real optical effects – where is the balance?

DM: If you can make it look better than real then that’s the right reason but it’s an industry and some people can’t get their movies made because the shots are too expensive. Some audiences don’t care if some of the shots look fake but I’m not interested in it unless it looks real.

The thing I don’t like is imitation – and I just see so much of that put on that people don’t have the time to think – there’s so much work being done, there’s no time to originate ideas. I really appreciate when someone’s trying something that hasn’t been done before.

TG: With CG so popular do you think optical effects, model building and miniatures are a lost art?

DM: It’s been a major change for all of us and computers helped the second stage but the first stage was motion control and the focus of attention to the process of making the work look more realistic.

We hit a wall in the late 80s because we couldn’t do anymore with that tool set and then when CG showed up it was like an opportunity of doing something – it hit off with Jurassic Park. It’s still going on. If you do it right you totally believe what you’re seeing. If you feel like you’re more in the story then you have a better chance of liking the story.

I have never been interested in the process but only what it looks like in the end so it didn’t matter to me if it was a camera you were shooting with or a sensor – it didn’t matter if it was real light or a real model as long as you can make it look real and do something you haven’t seen before. That’s what I was interested in.

TG: Has there been anything lost in the technology development of visual effects?

DM: The thing that’s really helped the industry is that George has kept the company (Industrial Light and Magic) together. So many people have wanted to come here so we’ve built on ourselves for 35 years which has allowed the direct acceleration of a flight to the stars.

The benefit of that is that the work gets more realistic and you can do things you couldn’t do before and then writers and directors get ideas and the actual stories themselves go beyond what was going in the 50s, 60s and early 70s. That’s something I think nobody anticipated.

TG: How did you feel when you saw Yoda in CGI for first time?

DM: I thought it was a sacrilege thing until I saw it and then I thought “oh my God – it’s actually kind of working”. And they were very careful at the beginning to make it still look like it was limited. It’s OK as long as George can get out of it what he wanted. And if it wasn’t done right – if it looked like a CG character then it wouldn’t have worked at all.

TG: Star Wars has a real wow factor because there were things we hadn’t seen before. Today effects are part of most films. Are today’s audiences harder to impress?

DM: It could be and what you actually see is that the idea is common. It’s not so much the effect – it’s the idea. Star Wars was an original look because they had space battles and the camera views and designs and the action was really based on real dogfights and that has never been done before. You look at the three films that had space dog fights and suddenly there was this design. New designs are always going to work.

TG: You’ve done a lot of work on the Star Wars films – is there a particular favourite shot or effect?

DM: There was one ‘aha’ moment in Empire Strikes Back at the beginning when you’re flying over the ice field and you look down and see Luke on a tauntaun running along down there.  That was a shot that was impossible to do and George showed me the plate they shot in Norway and he asked if you can put a tauntaun down there.

It was shot from a helicopter and there were six axes of movement going on and were supposed to somehow, before CG, put some sort of character on the ground – I thought it was impossible and he said “just think about it”.

Within 15 minutes I figured out how to do it. I learned at that point you should never stop thinking about it because there usually is a way.

* Stephen Fenech travelled to San Francisco as a guest of Lucasfilm