How Australians are taking their Netflix bingeing habits out in public

Ah, Netflix. It allows us to binge on our favourite programs but with the rising popularity of mobile devices like smart phones and tablets were now bingeing in public more than ever before.

The popular subscription video on demand service allows people to stream and download anywhere and anytime.

This means viewers are no longer restricted to bingeing in private –  we’re now doing it in public.

In fact, what’s made public binging even easier is the ability to download your favourite shows and movies using your home wi-fi to watch on the go without streaming and using up your mobile data.

A recent survey conducted by Netflix revealed 34 per cent of Australians are watching Netflix content on their daily commute while 32 per cent are watching in a café or restaurant.

And eight per cent are even watching Netflix content in public bathrooms –  that higher than the global average of seven per cent.

The most popular place to publicly binge on Netflix content for 61 per cent of Australians is on board a flight –  that’s the highest percentage of any country globally.

The most popular international flights out of Australia are pretty long so is not unusual for a passenger to binge an entire series on a 13-hour flight from Sydney to Los Angeles or 21-hour flight to London.

For 32 per cent of the respondents there is no in-flight entertainment while 40 per cent complain they are unable to finish their show or movie because they were landing.  Globally these figures are 25 per cent and 29 per cent respectively.

But public binging does have its dangers, the Netflix research discovered. 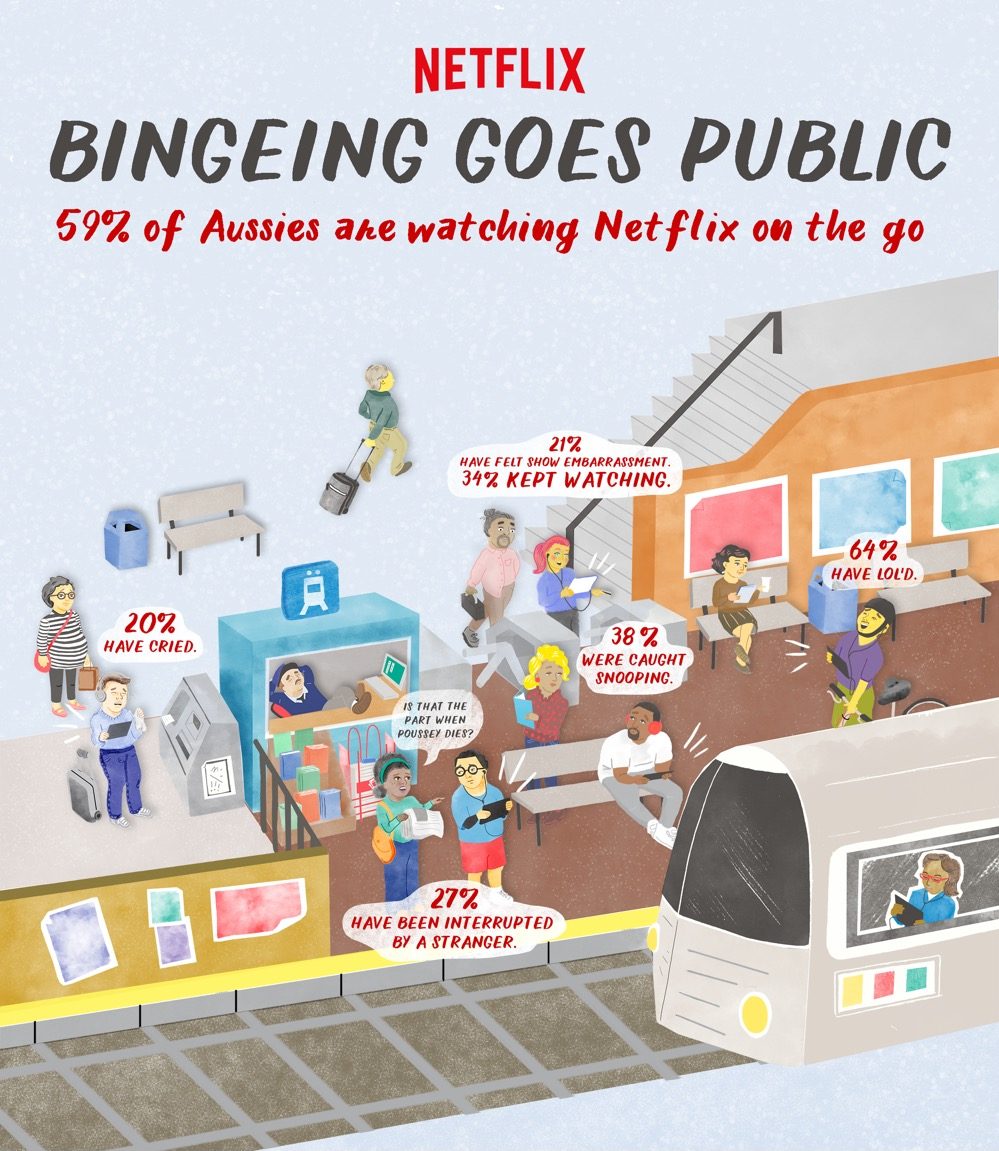 Nearly half of Australians (45 per cent) watching Netflix content on the go have caught someone else snooping on their screen.

One in five Australian public binges have admitted to “show shame” which is that embarrassment they feel over what they were caught watching.

In response viewers either pretend like nothing happened and continue watching (34 per cent), turn off their show or movie (21 per cent) or just cover the screen (19 per cent).

We’re loving the sharing economy but do you know your rights if things go wrong?