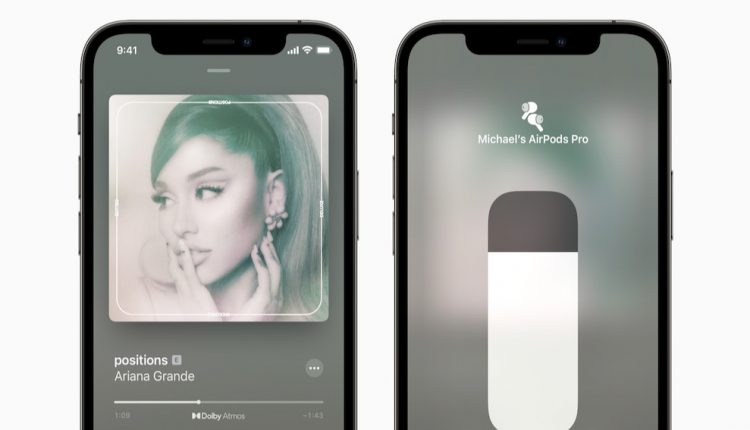 Spatial Audio is now available on Apple Music to give listeners an all-new immersive experience that has the potential to change the way artists record their music.

And the more than 75 million songs in the Apple Music are now available in lossless audio which means you’ll hear every bit of the original audio file – exactly what the artists created in the studio.

Spatial Audio works with Dolby Atmos and gives artists the opportunity to mix their music so rather than just offering regular left and right separation it offers multidimensional sound that comes from all directions. 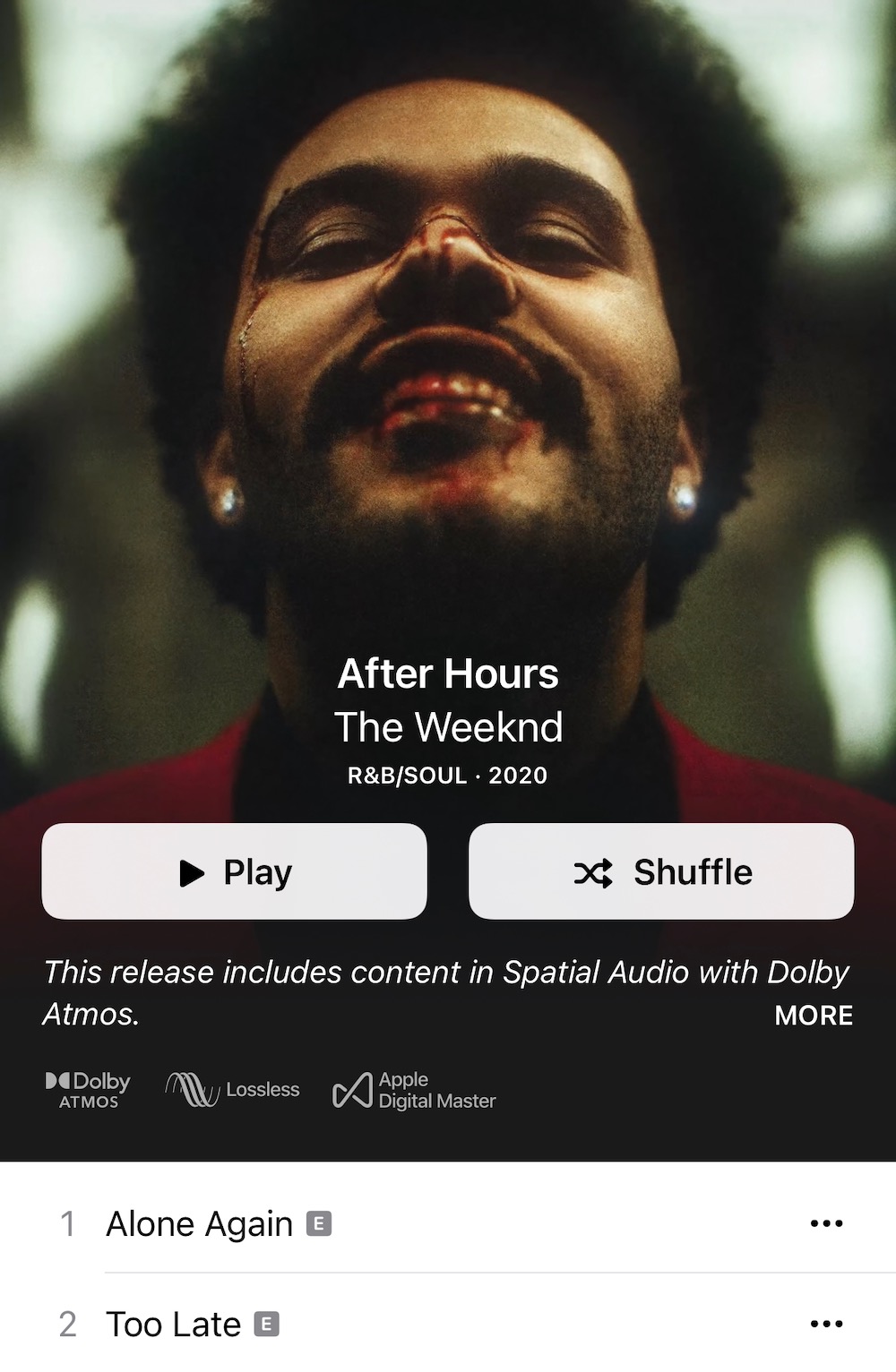 Spatial Audio with Dolby Atmos and Lossless Audio are available for Apple Music subscribers at no extra cost.

iPhone users (who are running iOS 14.6) can activate the feature by going to Settings > Music > Dolby Atmos > Always On.

The feature naturally works on all of Apple AirPods, AirPods Pro and AirPods Max.

But you can hear it on all headphones and earphones.

Apple Music’s co-head of Artist Relations and radio host, Zane Lowe says a lot of artists in the past and present who would have loved to have used this technology to make their songs come to life.

“They only had two stereo channels to play with. Now they can go beyond that,” he says.

“So, to be able to hear parts of these songs coming from behind and around me? I was like, “I’m all in. I get it.” TV got HD — now music gets Spatial.

“What I immediately thought was, “How are artists going to use this? Are they going to start creating music with the idea of a three-dimensional environment, as opposed to this two-channel environment?”

“I’m fascinated to know how I might be emotionally moved by my favourite songs in a different way with Spatial Audio.

“Because it’s all going through my ears and triggering something, right? 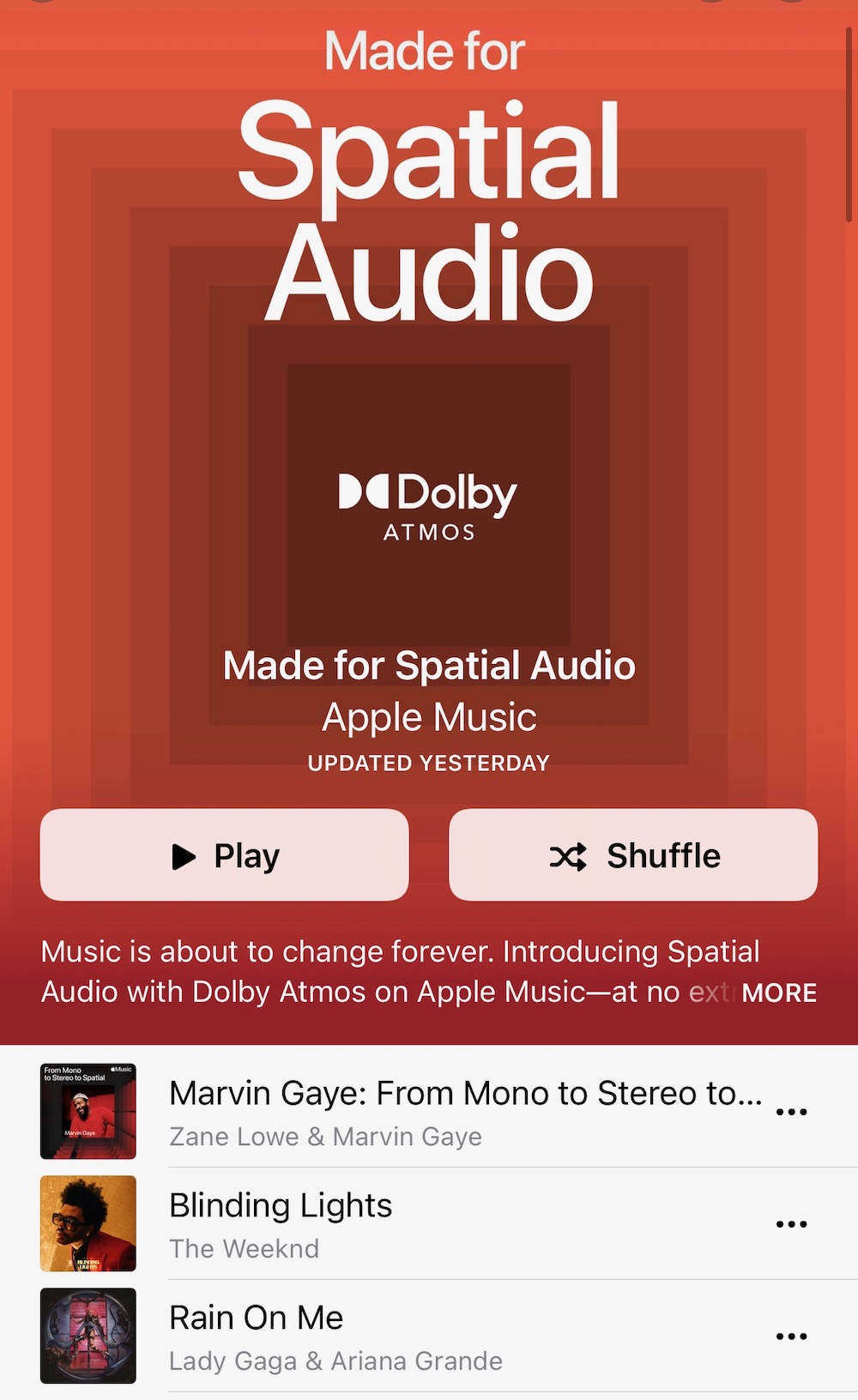 “So, it’s not even just about the way it’s going to end up sounding, it’s very much how songs are going to feel.”

New Dolby Atmos music is being rolled out continually along with a special set of Dolby Atmos playlists.

And albums that are available in Dolby Atmos will have a badge on the details page for even easier discovery.

Apple Music is currently working with artists and labels to add new releases and the best catalogue tracks as more artists embrace the new format.

Grammy Award-winning producer, songwriter, and composer Giles Martin said: “Since recording began, artists, producers, and engineers have tried to paint pictures with sound, transporting listeners to worlds they never knew existed, even when the sound came from a single speaker.

“Now with the dawn of immersive audio, we can take the music lover inside the music.

“From the feeling of hearing your favourite artist in the same room as you, to the experience of sitting directly in the middle of a symphony orchestra, the listening experience is transformative and the possibilities for the creator are endless.

“This is a quantum leap in technology – I have so far had the pleasure of mixing some of the greatest artists in history in Dolby Atmos.”

Lossless audio will be also offered for the more than 75 million songs in the Apple Music library.

The quality for Apple Music starts at CD quality which is 16bit/44.1kHz and goes up to 24bit/48kHz (which is playable natively on Apple devices) and then, for the true audiophile, it goes up to Hi-Resolution Lossless at 24bit/192kHz.

At the top level, listeners will require headphones and earphones that are capable of Hi-Res audio to hear the increased quality.