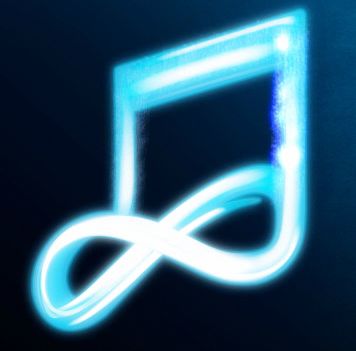 Samsung Australia has just launched a new music service which allows customers to stream music to up to four Samsung devices and their web browser.

The Samsung Music Hub allows listeners to access their music on the go from the cloud via this new streaming service over 3G or wi-fi.

Users can also store up to 500 tracks on their device so their music can be heard as many as times as they like without impacting their mobile data limit.

Samsung Australia is the first Samsung territory in the world to launch the Music Hub service.

The service is enabled with the Music Hub app which can be downloaded free from Samsung Apps which can be found on Samsung’s handsets, tablets and smart AV products.

Users can access the service on Samsung smartphones and tablets from October 17 and can choose from two subscription services.

The premium Music Hub service, priced at $14.99 a month, $79.99 for six months and $149.99 for 12 months and allows for four compatible products and web browsers to access the service.

Anyone who owns a Samsung Galaxy S II or buys one before the end of December can enjoy a free two month trial of Music Hub.

Users of other Samsung Android smartphones and tablets can enjoy a free one month trial.

It’s possible to access the service over 3G or wi-fi and can be heard through Bluetooth headsets, headphones and car audio systems which support Bluetooth streaming.

“The era of cloud services is now upon us and has opened up an ideal connection between music and devices. Streamed music is a revolutionary step in the way we access music that’s shaping music in much the same way as digital downloads did for CD,” he added.

“On behalf of ARIA I welcome Samsung’s new Music Hub service into the arena of music streaming as a great way for music lovers to access music in a legitimate format which supports artists, labels and songwriters,” Mr Rosen said.

Samsung Music Hub will also include music videos and customers will have access to more than 10,000 clips on demand which are delivered high definition quality (720p) if you’re accessing them on a Samsung Smart TV.

The service will be available on Samsung’s AV devices from mid-December.

The Samsung Music Hub will give Australians unlimited access to millions of songs for less than the price of a CD per month.

Subscribers can store up to 500 tracks on their device using the Music Hub’s smart caching to they are not always having to stream the music and impact their monthly mobile data allowance.

And users can access their music through searches and charts but also through pre-packaged offerings like running songs, 80s and 90s collections and dance music.

Music fans can now be free to not only enjoy their favourite artists but they can also discover new music at no risk.

Part of the service makes it easier for users to discover music to their taste with an intelligent artist and media suggestion tool, in-depth discography and detailed artist information.

Samsung Music Service features a “Follow Me” feature which can allows listeners to switch devices and pick up their music playlist exactly where they left off.

And while the Samsung Music Hub is all about streaming music from the cloud, there will also be the facility to download to own music as well.

For those interested in experiencing the service for themselves ahead of the launch, Samsung will be erecting a Galaxy S II pop-up store at 379-381 George St in Sydney which will be open from Monday October 10  to Friday October 14.