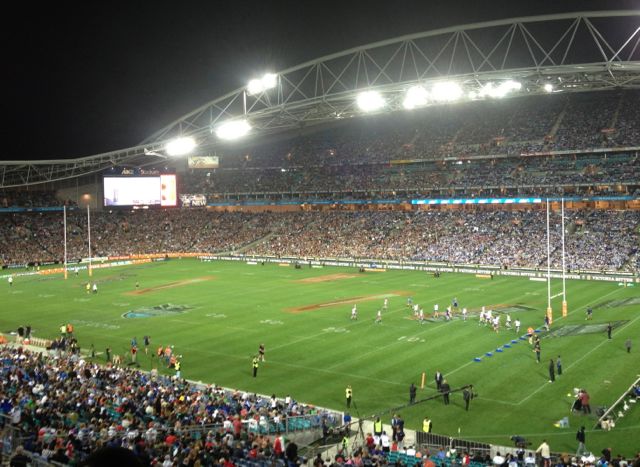 ANZ Stadium, the venue of the Sydney 2000 Olympics and one of the world’s most versatile sporting arenas, has completed a $3m sound system upgrade.

The new state-of-the-art system was designed by Scott Willsallen from Auditoria – the sound designer behind the London Olympics sound – and provides 83,500-seat ANZ Stadium with concert quality sound.

“The new ANZ Stadium system is at the top end of stadium sound systems anywhere in the world,” Mr Willsallen said.

The system will be on show for fans at Australia’s must-win World Cup qualifier against Iraq on June 18.

ANZ Stadium’s new speaker system is a huge improvement over the previous set-up.

It utilises built-in technology to shape the sound to suit the stadium for enhanced clarity as well as reducing deeper bass tones from leaking outside the stands.

“The modern game-day experience demands high performance in every respect and sound is a critical element in engaging an audience.”

The upgrade comes at a good time with ANZ Stadium hosting its biggest line-up of events since the Sydney Olympics including Wallabies v British & Irish Lions Test (July 6), State of Origin III (July 17), the Manchester United v A League All Stars (July 20), the Bledisloe Cup (August 17) and the NRL Grand Final (October 6).