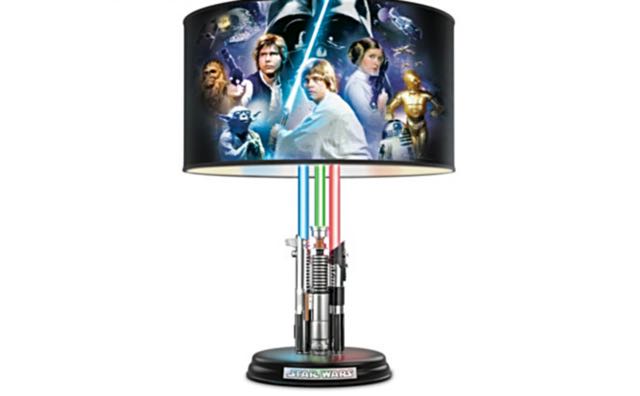 Star Wars fans – the Force is strong with this eye-catching product – an original trilogy lamp with a drawing of the film’s characters and vehicles by renowned Star Wars artists Steve Anderson and supported by three lightsabers.


Officially licenced by Lucasfilm and available in a limited edition exclusively from Bradford Exchange, the Star Wars original lamp is 46cm tall.

It has a custom made barrel lampshade with a picture that includes Luke Skywalker, Darth Vader and Princess Leia that rests on a hand-sculpted base. 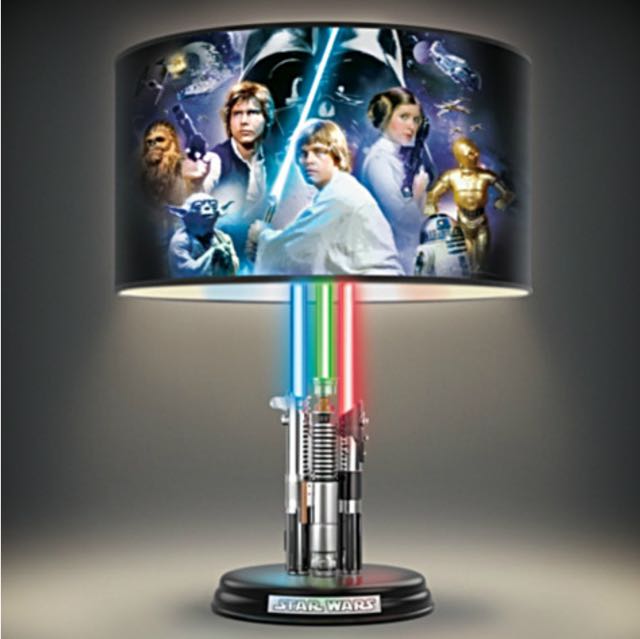 The base also features the Star Wars logo on a silver plaque. And the lightsabers that support the lamp actually light up and glow blue, red and green.

These are replicas of the lightsabers used by Luke Skywalker, Obi-Wan Kenobi and Darth Vader in the original trilogy films – Star Wars, Empire Strikes Back and Return of the Jedi. 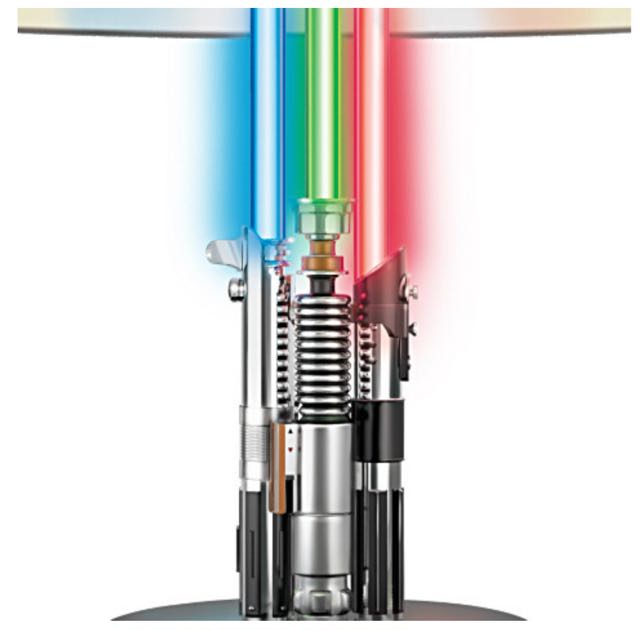 The edition is limited to 295 units that are hand-numbered and with a matching certificate of authenticity.

The Star Wars original trilogy lamp can be pre-ordered now from Bradford Exchange. 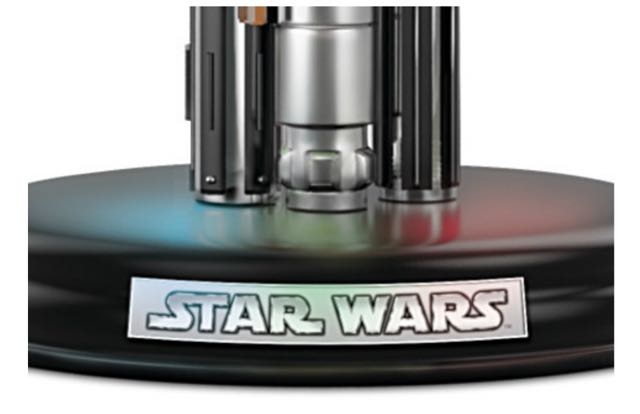 The product will be released in December.

It will be a day long remembered.