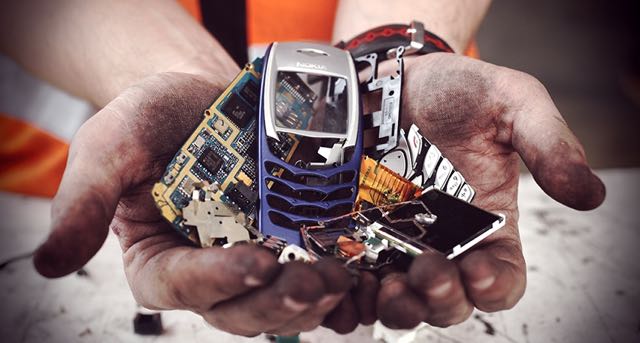 A new report by the AMTA (Australian Mobile Telecommunications Association) shows that despite the growing awareness of mobile recycling, Australians are still reluctant to part with their old devices – even though they’re not working.

Less phones are ending up in landfill – two per cent compared to nine per cent 10 years ago – and more phones are being reused and resold.

But in Australia, like so many other countries around the world, the number of phones sitting in drawers and laying idle has almost doubled from 12.5 million to 22.5 million.

That’s almost one for every Australian.

“This represents a lost opportunity for reuse and recycling that enables materials to be put back into the supply chain, closing the loop, slowing the depletion of finite non-renewable resources and creating a circular economy,” said Rose Read, Recycling Manager, MobileMuster.

“The research suggests that people still consider keeping their phone is a better option than recycling even if it doesn’t work, will never be used and they know that it can be recycled.

“For many people keeping a phone is about having a backup and for more and more people it’s also about data security concerns.  But in reality how many backups do you need?”

AMTA points put the industry itself has done a lot of work to remove hazardous materials from the manufacturing process and are even using recycled content to produce them.

The second hand market is also growing and more and more Australians are selling their phones when they upgrade to the latest model.

“The challenge now moving forward is how do we break consumers hoarding habits and close the gap between use and recycling?” Ms Read says.

“What can industry do to recover and reuse these materials more effectively and create a more sustainable mobile telecommunications industry where finite non-renewable resources are used efficiently?

“Financial incentives are a key motivator, as is awareness and access to encouraging recycling.

“But is buying back old phones the only solution to the hoarding problem? How can the industry through technical innovations to enhance durability and upgradability, better data security, novel purchasing / service contracts, greater reuse of materials in new phones, break the hoarding cycle and close the loop on material use and increase resource efficiency?”

Since MobileMuster’s inception it has recycled over 1,168 tonnes of old mobile phone components, replacing the need to mine over 29,000 tonnes of precious metal ore.

Currently, there are over 3,500 drop-off points around Australia for consumers to recycle their old mobile phone, battery and accessories, alongside a free post back recycling satchel available from any Australia Post or a reply-paid downloadable label online at www.mobilemuster.com.au.