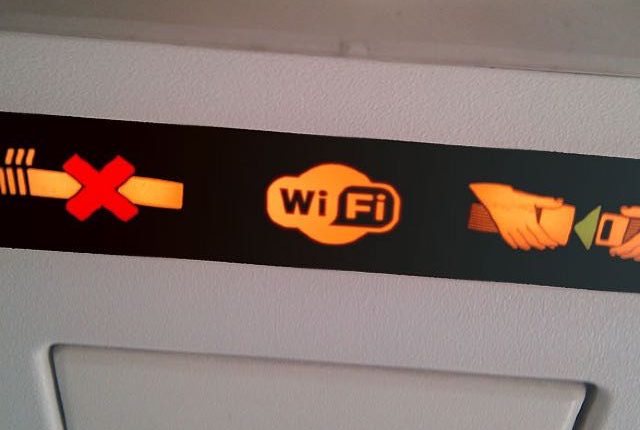 Would you choose an airline based on the availability of wi-fi during your flight? Seven in 10 Australians would but nearly half of the airlines don’t even offer the sought-after in-flight option, according to comparison site Finder.

According to Finder, only 51 per cent of the world’s top 100 airlines offer wi-fi with Qantas and Virgin Australia set to roll out in-flight connectivity on domestic routes in 2017.

There are some international carriers flying in and out of Australia that offer in-flight wi-fi including Singapore Airlines, Etihad, Qatar, Japan Airlines, Air Asia, Thai Airways, Vietnam Airlines, Garuda and Delta.

And 70 per cent of Australians are willing to pay for the service.

But it is the pricing that’s another factor for passengers as well.

Only 12 per cent of airlines are offering wi-fi for free while others offer various prices based on either time or data used. 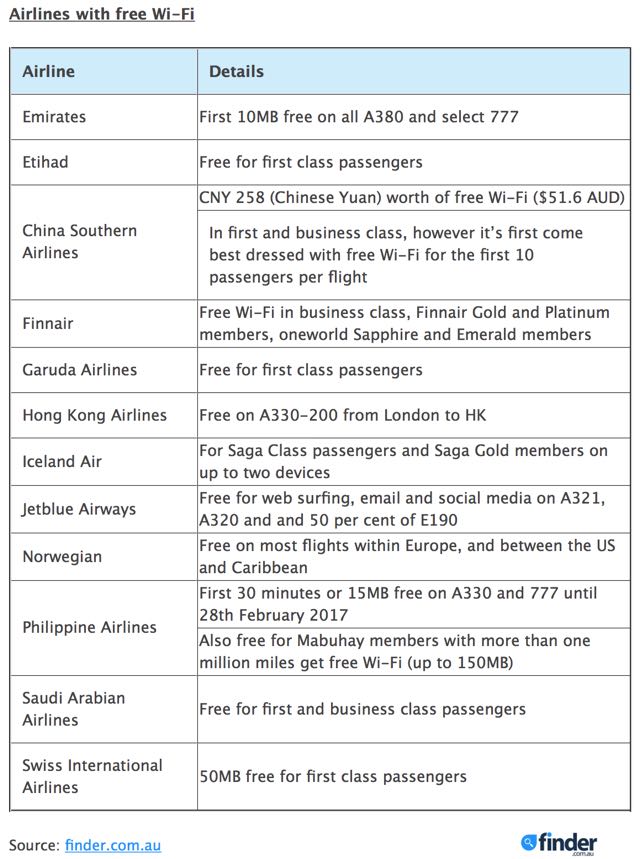 The best value comes from Emirates who offer the first 10MB free and then $1.47 for the next 500MB. 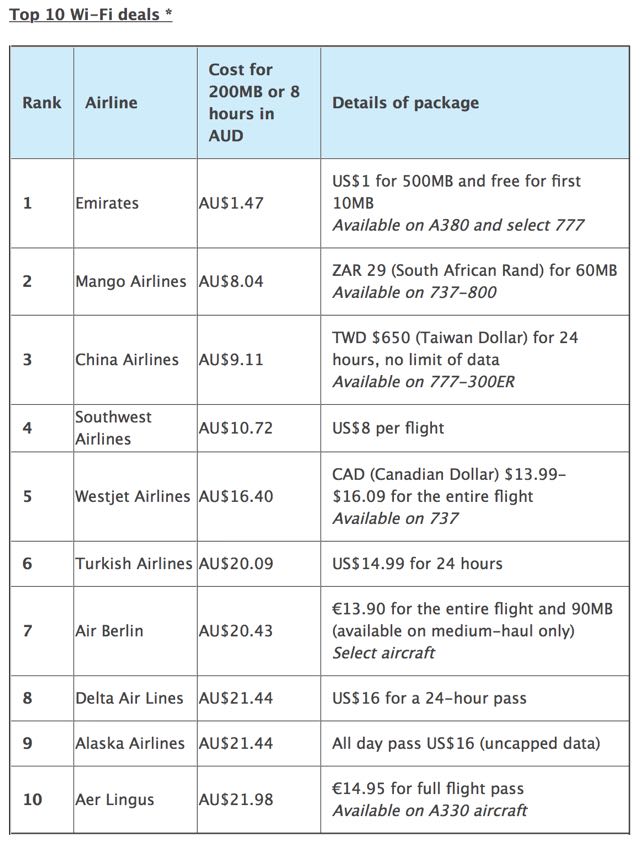 At the other end of the scale, passenger on Russia’s Aeroflot are charged $444 for 200MB while Oman Air charges more than $2 per megabyte.