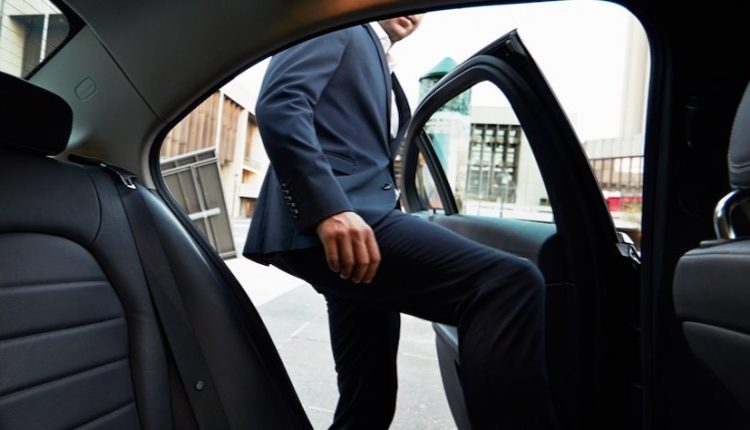 Ride sharing app Uber has overtaken taxis as the preferred private transport service in Australia for the very first time according to research conducted by Roy Morgan.

More Australians aged 14 and above (22.9 per cent) would choose an Uber over a taxi (21.8 per cent) according to the Roy Morgan Research conducted with face-to-face interviews with 1000 Australians each week and  more than 50,000 each year.

After just three years in the market, Uber has experienced tremendous growth with the proportion of Australians utilising the service in an average three month period rising from 6.6 per cent of the population (1.3 million) up to 22.9 per cent –  that’s 4.7 million people –  an increase of 16.3 per cent which equates to 3.4 million people.

Over the last three years, the proportion of Australians using taxis has remained fairly steady since 2016 dropping only slightly from 24.4 per cent (4.8 million) to 21.8 per cent (4.5 million). 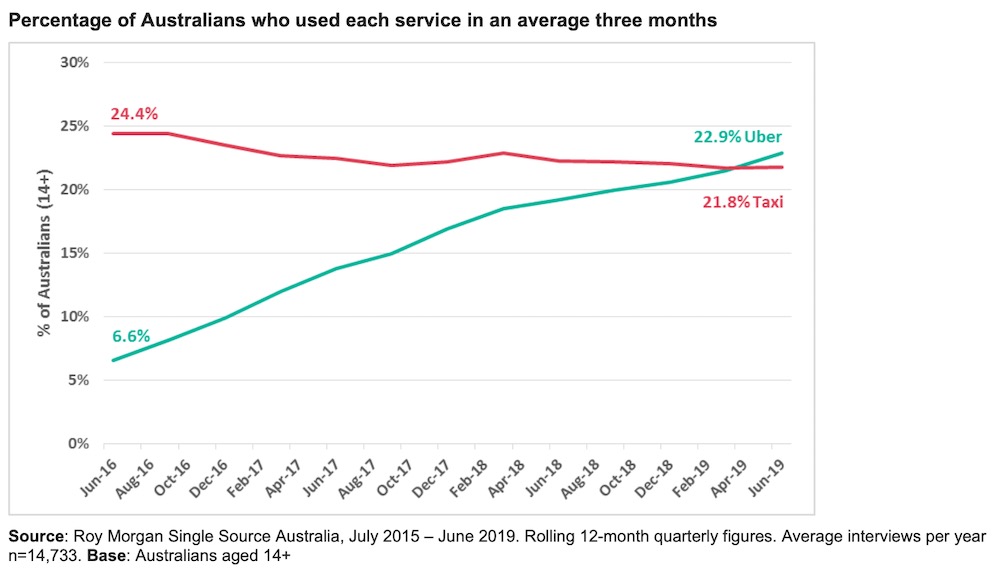 The growth of Uber is mainly being driven by younger Australians with 42.6 per cent of Australians aged 18 to 24 and 35.7 per cent of those aged 25 to 34 using Uber in an average three month period.

Uber popularity varies wildly across the age groups with Australians aged 65 and over scoring the lowest proportion of Uber usage  (6.6 per cent).

Australians aged between 35 and 49 had the highest proportion of taxi usage at 25.3 per cent.

“Although it comes as no real surprise, Uber has now officially become the most popular private transport service among Australians, with a total of 4.7 million Australians utilising the ride-share app in an average three-month period,”  says Michele Levine, CEO of Roy Morgan. 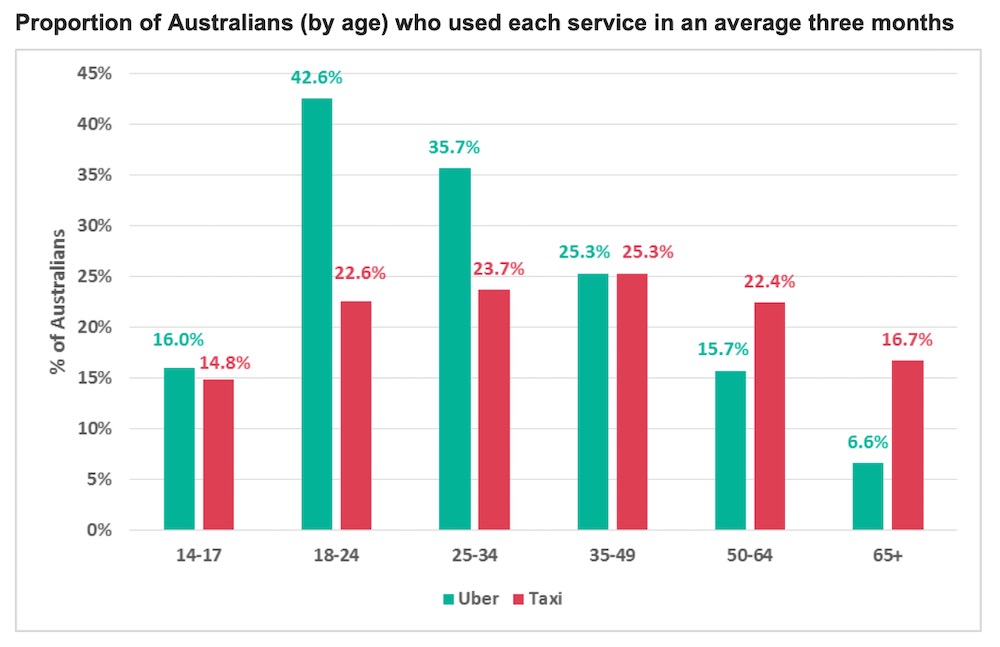 “Young Australians aged between 18-34 years old are Uber’s largest customer base. As these younger, more tech-friendly generations take up a greater proportion of the population, Uber is likely to continue to rise in popularity.

“The data shows that while taxi usage has remained relatively stable over the past few years, it is the 35-64 year age group that is taxis’ largest consumer base. As this group continues to age, it is likely we’ll see the number of taxi users continue to fall.

“When we look at Uber users within specific locations, we see Perth having the highest Uber usage of any capital city, with 32.1 per cent of residents having recently used one. This is followed by Melbourne (31.8 per cent) and Sydney (29.1 per cent).”