Australians have embraced smart home technology with nearly two thirds (6.3 million) of households having at least one smart home product, according to the latest research from analyst firm Telsyte.

A big factor in this growth was the increased time spent at home during the pandemic and greater awareness of products and services.

Telsyte’s study is now in its ninth year and the results show the fastest growing categories in 2021 were smart security lighting (up 50 per cent), installation services (up 40 per cent) and smart speakers (up 28 per cent).

It was also found that smart security products also remain popular, and not just for traditional security monitoring but for new uses including keeping an eye on children, pets and packages. 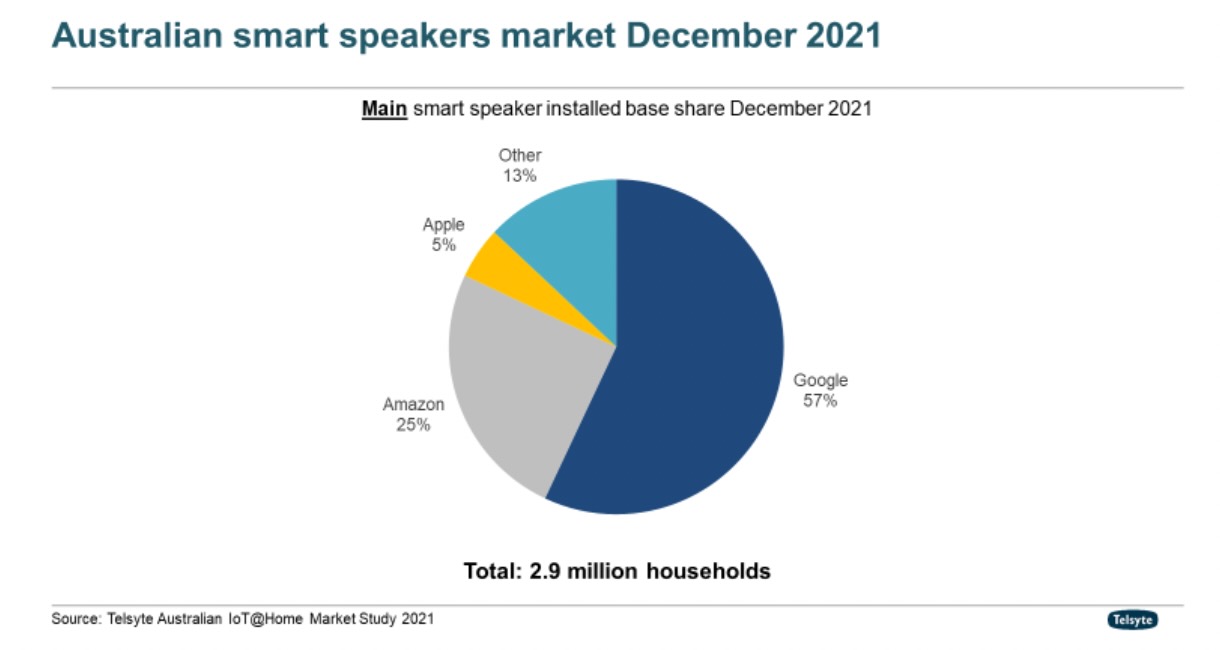 Last year, 2.9 million Australian homes (29 per cent) had at least one with Google and Amazon the market leaders with 80 per cent combined installed base share.

Apple’s HomePod mini sold more than 125,000 devices in Australia in 2021 and is gaining ground on the competition after slow sales of the more expensive model.

One in 10 households have invested, for example, in a robot vacuum with half (51 per cent) of consumers saying they’re interested in a home that will automatically clean itself.

The Telsyte research predicts the average number of connected devices in Australian homes is set to increase from 20.5 in 2021 to 33.8 by 2025 and much of this is driven by IoT@Home devices.

The growth is being driven by demand for volume products like smart light bulbs and increasingly smarter appliances.

But despite the growth there is some still some key hurdles for the industry with the prospect of price rises for smart home products and services because of inflation, chip shortages and demand outstripping supply in some categories.

The move to apartment living could also stifle the uptake of some products such as smart gardening devices and smart doorbells.

Another boost is the arrival of the new industry standard Matter which will unify devices across multiple platforms and brands so they can still communicate with one another.

There are more than 120 companies in the Matter alliance including Amazon, Apple, Arlo, Google, Samsung, Oppo and Schneider Electric.

Telsyte says at least 30 to 40 per cent of IoT at home devices sold maybe compatible with matter before the end of 2023.

The smart energy category will also grow rapidly thanks to the increasing price of power and the rise of the electric vehicle market.