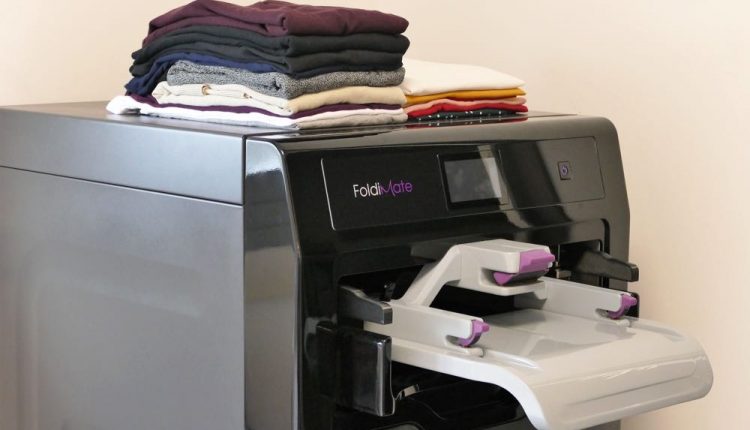 Meet Foldimate – the robot that can fold all your laundry

Are you tired of folding laundry? If the answer is yes, have we got a device for you. It’s called Foldimate – a robot that can fold your clothes for you in seconds.

But it looks more like a washing machine than C-3P0.

Users simply feed their clothes into the opening near the top of the product before they appear neatly folded from a hatch near the bottom of the machine.

Inside are a series of robotic folding arms which can handle several different types of clothing.

Tech Guide had a hands on look at Foldimate and fed three shirts into it.

The device requires users to clip the garment into place. Once clipped the clothing is pulled inside and folded with the internal robotic arms.

A few seconds later we ejected the clothes and the three shirts appeared neatly folded below.

It can fold buttoned shirts, T-shirts, pants, towels and pillowcases.

And Foldimate will keep folding as long as you keep feeding clothes into it.

What it can’t fold just yet are larger items like bedsheets and clothing bigger than XXL.

The Foldimate will go on sale later this year and is expected to cost about $US1000.