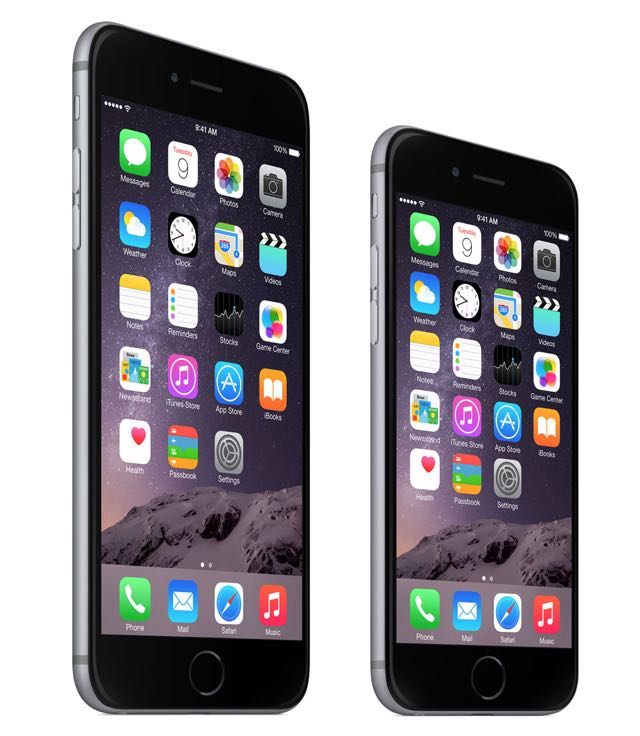 Apple has released the iOS 8.3 software update for the iPhone and iPad which adds a number of enhancements and performance improvements.

These include iCloud Photo Library, labelled albums in Photos an emoji picker and wireless access to CarPlay.

iCloud Photo Library has now lost its beta tag and is the full working version that allows users to replicate their photo library on iCloud to access from any iOS device or a Mac.

The Photos app has new labels for the albums including separate folder for panorama shots, videos, slo-mo videos, recently deleted and other albums for pictures captured with third party apps like Snapchat. 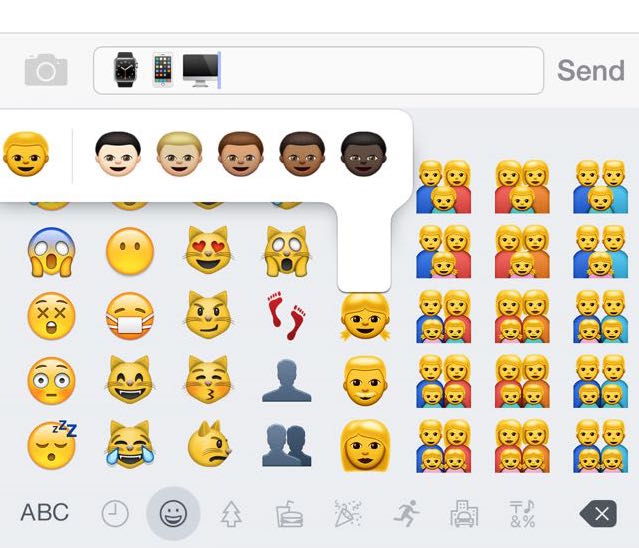 The new emoji picker puts several categories of emojis at your fingertips with the ability to display a number of different types of families and options to display people of different races.

There are also icons for the Apple Watch and the latest iMac.

The update will also allow users to connect wirelessly to their CarPlay systems instead of having a hard-wired connection to the vehicle.

To access the update on your iPhone or iPad go to Settings > General > Software Update and here you should see the iOS 8.3 update. 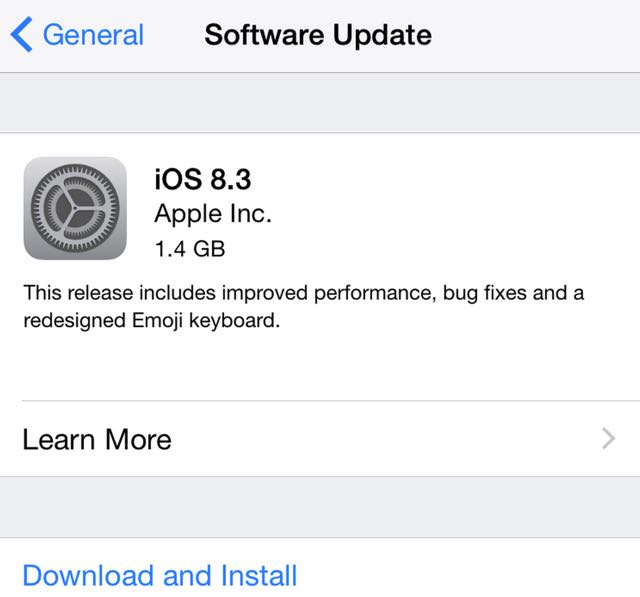 The full list of improvements and fixes are listed below.

– Fixes an issue where hands-free phone calls could become disconnected

– Fixes an issue where the UI could be incorrectly rotated

– Improves reliability of saving the password for a web proxy

– Allows use of physical keyboards to log into Safari web sheets, such as for joining a public Wi-Fi network

Other improvements and bug fixes

– Introduces a redesigned Emoji keyboard with over 300 new characters

– iCloud Photo Library has been optimized to work with the new Photos app on OS X 10.10.3 and is now out of beta

– Addresses an issue that prevented opening links in Safari PDFs

– Fixes an issue where remaining time on timer would sometimes incorrectly display as 00:00 on Lock screen