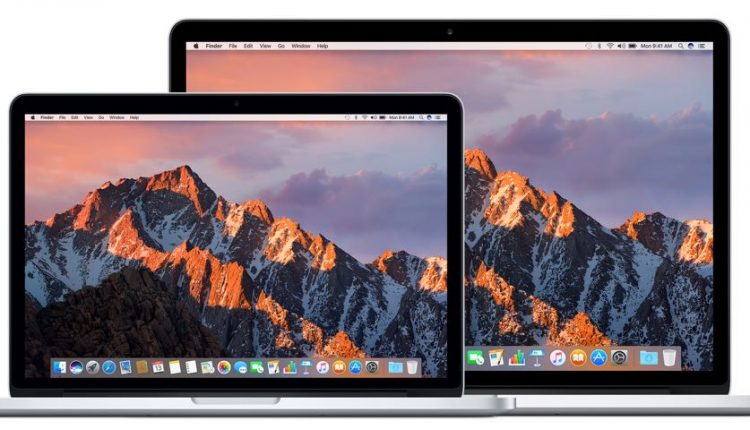 There’s been a lot of noise about a new MacBook Pro that Apple is reportedly releasing before the end of the year but that could possibly land as soon as next week.

If you’re thinking about buying a new MacBook Pro, our advice would be to wait a week or two.

The MacBook Pro design has not changed for a number of years but that’s all about to change with the latest model which will definitely have a new thinner look.

Apple is already pretty good at making thin laptops with the MacBook Air and the more recent MacBook.

And now it’s time to apply that design approach to the new MacBook Pro which will be available in 13-inch and 15-inch versions with Retina displays.

It will achieve these more slender proportions using a new hinge mechanism and the keyboards used with the MacBook.

Now while the MacBook Pro won’t have a touchscreen – it will have the next best thing.

There are reports that the narrow row of function keys and media control keys will be removed and replaced by an OLED touch panel.

This will offer another way to control applications and access menu bar items with a touch of the finger rather than having to use the trackpad or a mouse.

Touch ID is already a part of the latest iPhones and that allows users to unlock the device with their fingerprint.

It is also rumoured to be coming to the new MacBook Pro. It will form part of the power button so you can unlock the laptop with your fingerprint as well.

It’s a good bet there will also be at least one USB-C port as we saw with the MacBook along with a Thunderbolt 3 port.

Under the hood, you can expect to see Intel’s new Skylake chips along with upgraded graphics chips which are reportedly being supplied by AMD.

When will we see the new MacBook Pro?

October 27 is one date we keep hearing but it will definitely be within the next few weeks.