Apple overtook Samsung as the world’s biggest smartphone seller in the fourth quarter of 2016 with iPhone shipments reaching 78.3 million units for 18 per cent of global sales.

The release of the iPhone 7 in September coincided with the beginning of Samsung’s woes with the Note7 and this had a definite effect on the Q4 2016 sales, according to independent research firm Strategic Analytics.

For Apple that was a five percent year-on-year increase.

Samsung’s Q4 sales were only slightly behind Apple at 77.5 million units and 17.7 per cent of the worldwide market.

The companies that rounded out the top four were Huawei (10.2 per cent) and Oppo with 6.7 per cent. 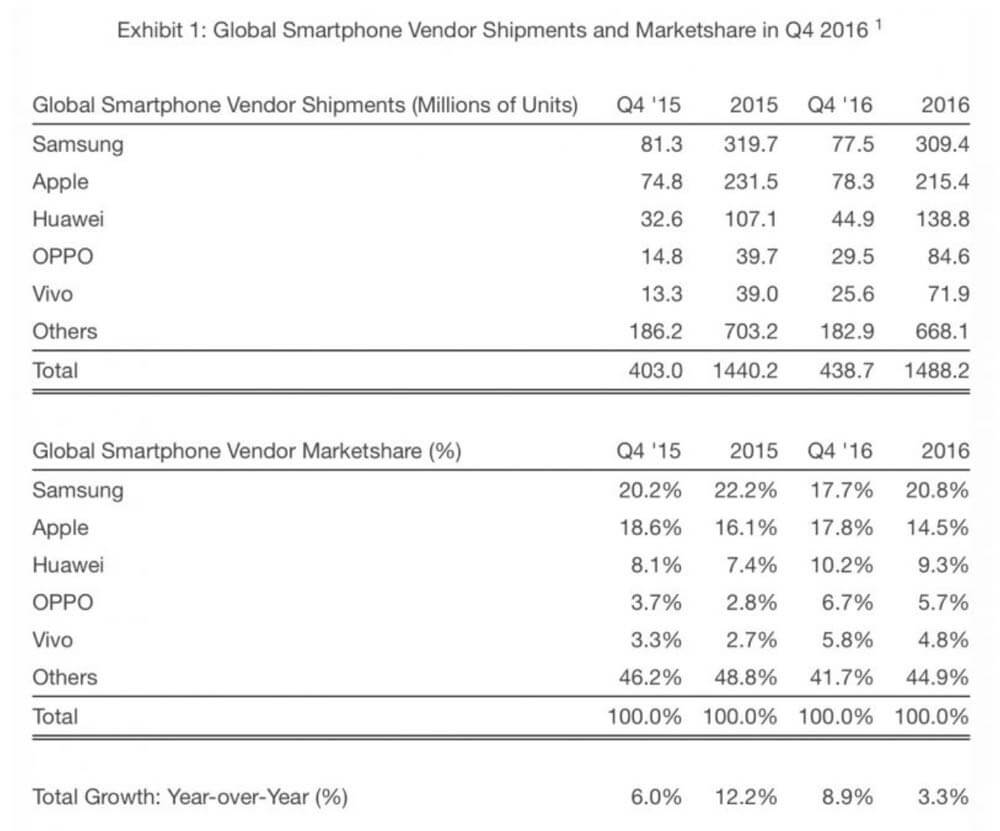 The sales figures come a day after Apple announced its latest financial results with revenue of $78.4 billion (a company record) and a net quarterly profit of $17.9 billion.