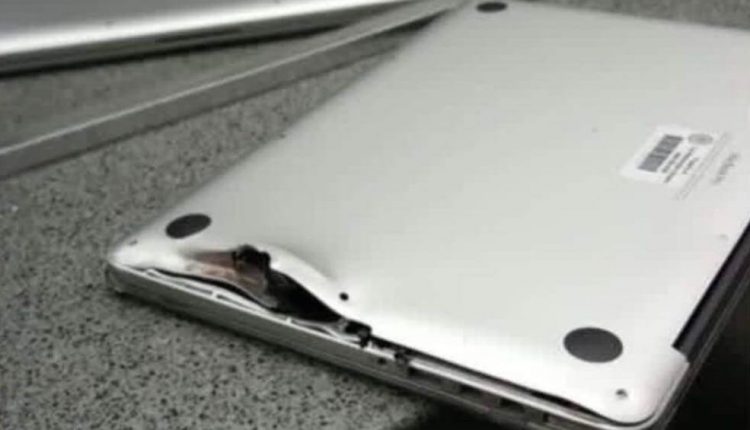 A MacBook Pro has saved a man’s life during today’s shooting in the baggage claim area of the Fort Lauderdale airport where five people killed and eight other injured.

In an interview with CNN, Stephen Frappier says his backpack containing his MacBook Pro laptop was hit by a stray bullet as he dived to the floor to take cover.

“I felt something hit my back and I thought it was luggage (falling off the carousel) at that time.

Frappier says the combination of the material of his backpack, the plastic casing around the laptop and the MacBook Pro itself combined to save his life. 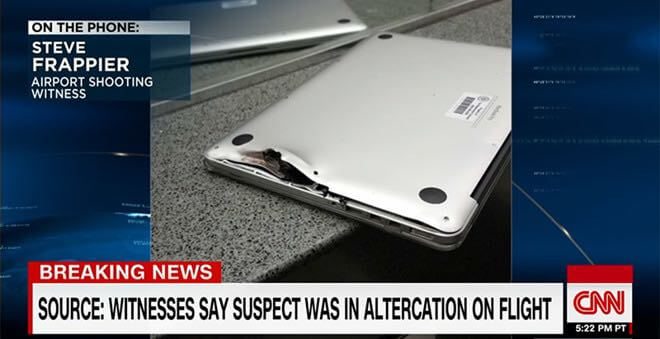 From the images it looks like the previous version of the MacBook Pro which is made if anodized aluminium.

The area where the bullet impacted the MacBook Pro can be clearly seen.

The gunman, who authorities said used a semi-automatic handgun, was arrested and later identified as 28-year-old Alaska native Esteban Santiago.