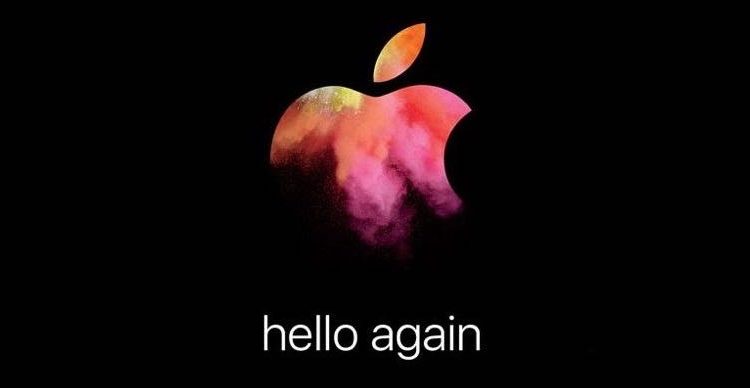 Apple has confirmed it will be holding a special launch event at its Cupertino headquarters next week to launch what is expected to be updates to the company’s Mac computers.

The event will be held On October 27 at 10am (US time) which will be 4am Thursday October 28 (Australian Eastern Summer Time).

Apple will stream the event live through its website and on Apple TV.

The launch will reportedly be centered on a refresh of the MacBook Pro – the first upgrade and redesign since 2012.

The new MacBook Pro is certain to be thinner and lighter and will be offered in 13-inch and 15-inch models.

But the biggest rumour is the addition of an OLED touch panel that will replace the top row of thinner function and media control keys.

This touch screen would offer controls for the application running on the screen and the items found in the onscreen menu bar which can be accessed from the keyboard instead of with the trackpad or mouse.

The Touch ID technology used in the iPhone to unlock the device with your fingerprint is also likely to make its debut on the MacBook Pro as part of its new power button.

It will also include USB-C ports and an updated Thunderbolt 3 port.

But it is rumoured the MacBook Pro will lose its HDMI port, SD memory card slot and its MagSafe charging connector.

Also believed to be announced is an updated iMac along with new Mac Pro and Mac Mini computers as well.

Tech Guide will be providing full reports of all the updates after the launch.