Our most annoying smartphone habits revealed

In a world where nearly all of us own a smartphone, the way we use them can affect the people around us. And that isn’t always a pleasant experience for others as a new study has revealed.

Comparison site Finder.com.au has surveyed more than 1,000 Australians and come up with the most annoying smartphone habits.

The number one annoying behavior is the loud mouth – that person who speaks loudly on their device on public transport, in a restaurant or in a queue. We’ve all heard someone like that.

Up next is the over sharer – that person who shares everything on social media. Hopefully your friends don’t think that person is you. Our motto is quality over quantity.

The habit that 15 per cent of respondents voted as annoying and third on the list is the phantom friend.

This is the person who is so absorbed on their smartphone when they are with you that might as well not be there.

Then there’s the road blocker – that person walking slowly across the road because they’re busy reading or typing something on their smartphone. 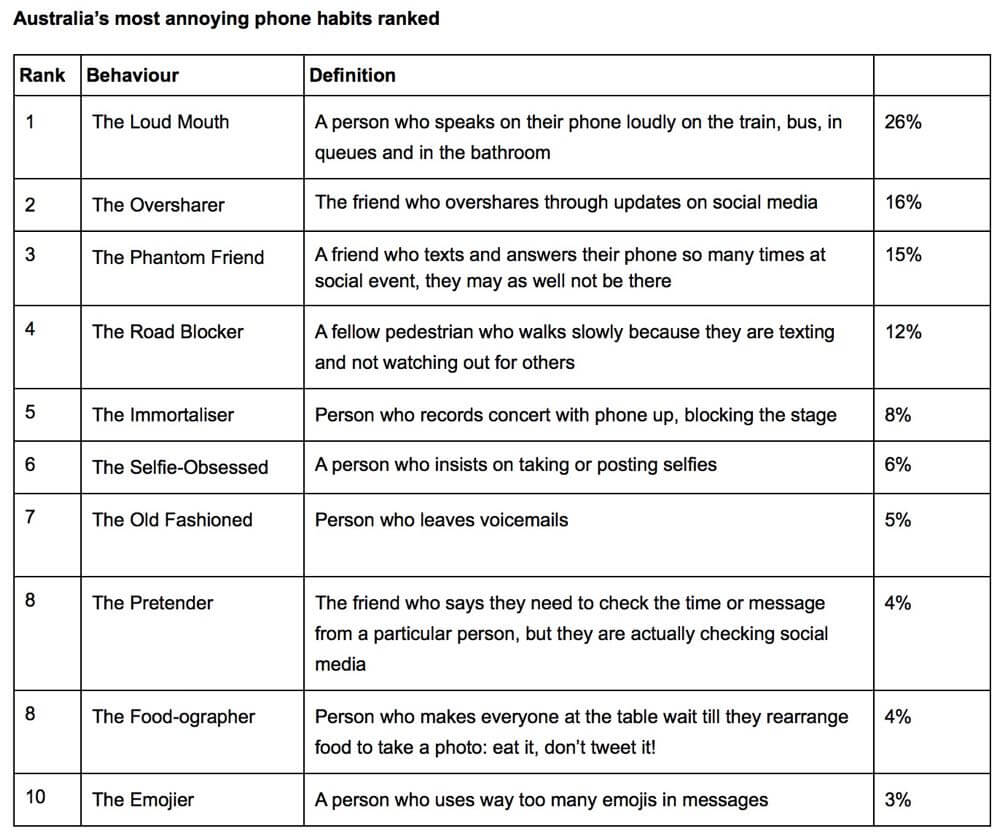 What about the person who spends the whole concert taking videos and photos with their phone instead of actually enjoying it.

How about that person who loves taking selfies or the person who has to take a photo of their meal before they eat it.

By the way, women take twice as many photos as men, according to Finder.