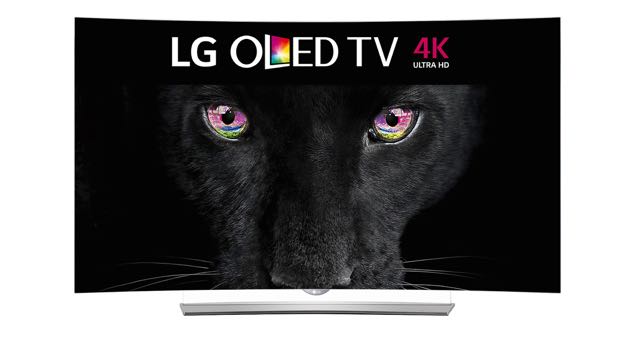 LG’s new 4K Ultra High Definition OLED TV almost sounds too good to be true. A TV that produces perfect black and vivid colours from a gently curved screen that’s thinner than the smartphone in your pocket.

This television sets a new standard for the home viewing experience.

LG is the only TV manufacturer that has mastered the extremely difficult task of producing larger OLED screens.

And with the addition of Ultra HD 3840 x 2160 resolution – it forms a perfect marriage to provide a picture quality that is unrivalled. 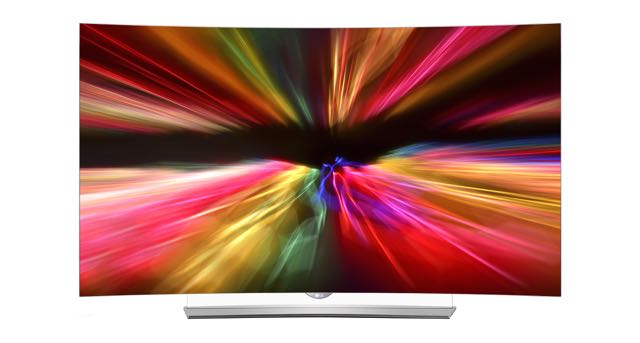 We’ve had plasma, LCD and LED TVs – but what’s so special about OLED?

OLED is short for organic light emitting diode and is a material that is self-lighting. So unlike plasma, LED and LCD – it doesn’t need a backlight.

The first advantage is an incredibly thin screen. Without a backlight it’s slimmer than a supermodel.

You’ll immediately notice the second advantage when you ask yourself “how is it possible for black to be that black on a TV screen?”

Allow me to explain. 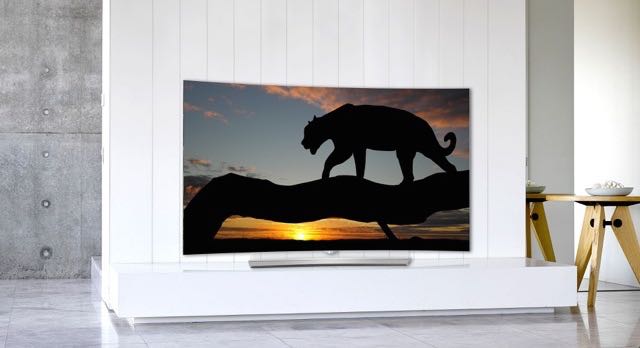 Remember how we said OLED is a self-lighting material? That means each pixel is either completely on or completely off.

A traditional LCD TV, has a backlight that’s always on and a pixel that’s turned off can’t always block that light from being seen. This is called light leakage and the result is an inconsistent black that looks smoky and more like grey than black.

Even the most efficient LED TV with local dimming or an edge-lit panel can’t match OLED’s black level.

You’ll be seeing more colour and brighter colour because the OLED has no light leakage. Because of the backlight leakage on an LCD/LED TV it means 20 per cent of the darkest colours not displayed accurately.

The LG TV has a 10-bit panel and is capable of producing more than a billion colours. Compared to an LCD/LED TV which is an 8-bit panel, the OLED’s 10-bit panel means you get smoother colour gradation and even more accuracy. 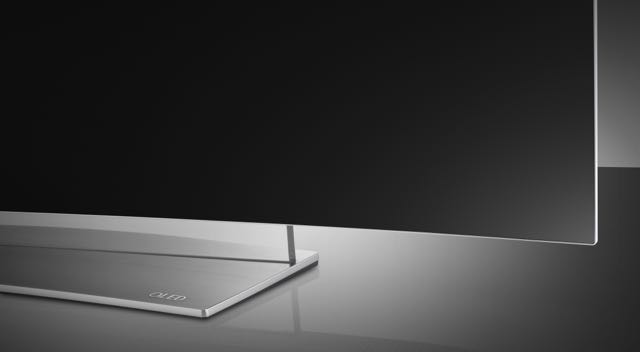 The LG 4K OLED TV appears to float on air thanks to the transparent support connecting the silver base to the panel.

The curved screen has an understated design and has an almost indistinguishable bezel so as not to interfere with the flawless screen.

The rear panel of the TV is white so it’s a stylish addition to your home.

It can also be wall mounted to look just as impressive.

We’ve spent more than a week looking at the LG 4K OLED TV and, like the rest of the new LG TV range, it has the webOS 2.0 operating system on board and it couldn’t be easier to set up and navigate.

You’re taken step by step through the process to firstly connect the TV to the internet and then tune the channels.

To showcase the picture quality, we tried a number of different sources including free-to-air TV, pay TV, Netflix, Blu-ray, YouTube and a hard drive with native 4K content on board. 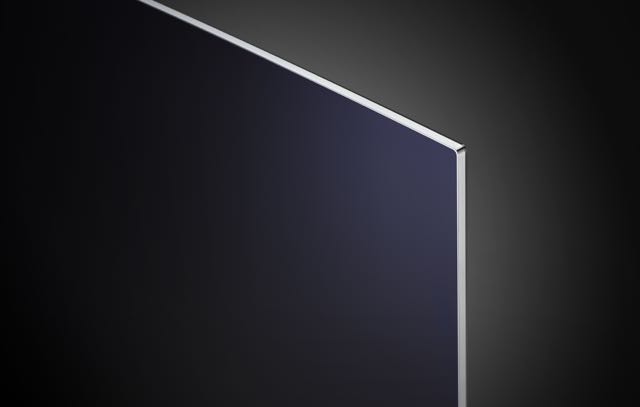 Apart from the obvious strengths of the LG 4K OLED display, the secret sauce that makes the content look even better is actually the six-step upscaler.

This is what takes whatever content you put through the TV and pumps it up to 4K quality.

It analyses the source content and refines it before the image creation process begins. It uses advanced image matching technology before the final ultra high definition rate conversion.

And this all happens in real time.

The result was stunning.

Free to air channels – even standard definition channels – had a quality we hadn’t seen before. They appeared more defined and colourful.

Of course high definition 1080i channels like SBS HD looked pristine while we were watching the broadcast of the Tour de France.

Watching sport in HD that was upscaled to 4K was also a delight.

There was virtually no judder or blur even when images were moving quickly on the screen.

Our Foxtel iQ3 HD service looked better than we’d ever seen it before. The LG 4K OLED TV soaked up every pixel and presented them brilliantly.

Shapes and images looked crisper and more defined while those deep blacks provided solid contrast to the whites and the colours.

There was so much definition and detail we could see the pores of the actor’s skin and each individual eyelash.

Moving on to YouTube where we watched a number of 4K videos – the picture looked above average but didn’t have the same sharpness as free to air HD TV but that could have been our connection rather than the TV. 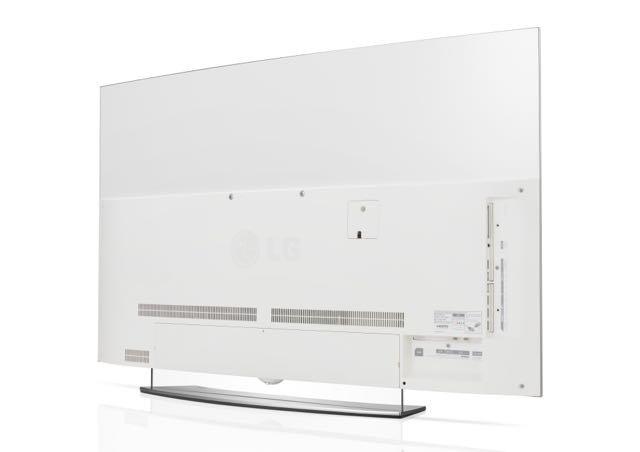 Netflix, which does offer 4K streaming on its premium service, also delivered in spades. For a streaming service it looked just as good as a Blu-ray.

Speaking of Blu-ray, this is where we saw amazing results. We watched several Blu-ray movies on the LG 4K OLED including Star Wars, Aliens and more recent films like Avatar and Oblivion.

Star Wars is a movie we know really well and when we watched it on this TV after the real time six-step upscaling, we picked up detail and textures that we’d never seen before.

There were marks and scratches on C3P0 that we had never seen before and R2D2’s paintwork was more obvious than ever.

Even the Jawas, in the scene where they capture R2D2, had sand particles on their robes that we had never noticed until now.

We didn’t notice it because the screens we’d used to watch them before didn’t have the ability to represent them as accurately as the LG 4K OLED. 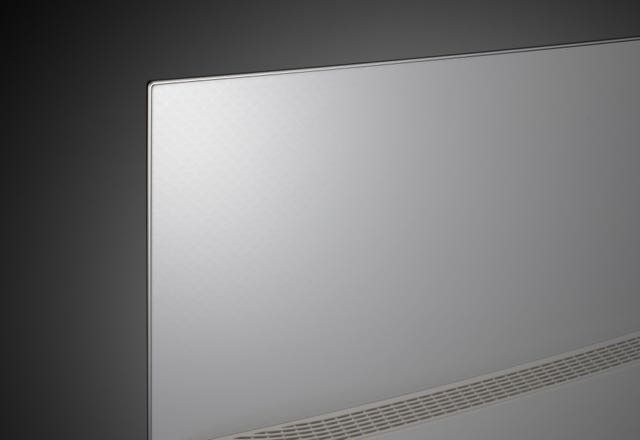 Moving up to the more recent releases like Avatar, the perfect black alongside the brilliant colour drew us even further into the movie.

Oblivion, starring Tom Cruise, is a favourite Blu-ray test disc for us because it features bright, sharp scenes, some dark scenes and a lot of action and fast motion.

It has never looked as good as it did on the LG 4K OLED TV.

Moving up to native 4K content which we watched from a USB drive and this is when the TV really flexed its muscles.

The video had scenes from Sydney’s Vivid festival, the La Boheme opera and a Korean pop concert.

There was no upscaling required here because we were getting every single native pixel and the quality left us speechless.

The ability to have bright shapes and images right next to a perfect black background were obvious in the Vivid video while La Boheme revealed an incredible level of detail within the darker parts of the stage.

In the concert scenes, the back up singers all wore black and their skin still looked natural right beside it.

The curve in the screen also has a lot to do with enjoying a more immersive experience.

In fact, it is so immersive you’ll soon forget the curve is even there.

And the view was just as good from any angle.

We’ve already established the picture quality is second to none but the audio abilities of the LG 4K OLED are also impressive.

And it’s all thanks to the sound design by Harman Kardon – two down firing 10W speakers – which delivers and even audio output that sounds great on its own.

Of course you can add a sound bar or connect the 4K OLED TV to a surround sound system but even on its own it sounds good.

The LG 4K OLED TV is the best TV we’ve ever seen.