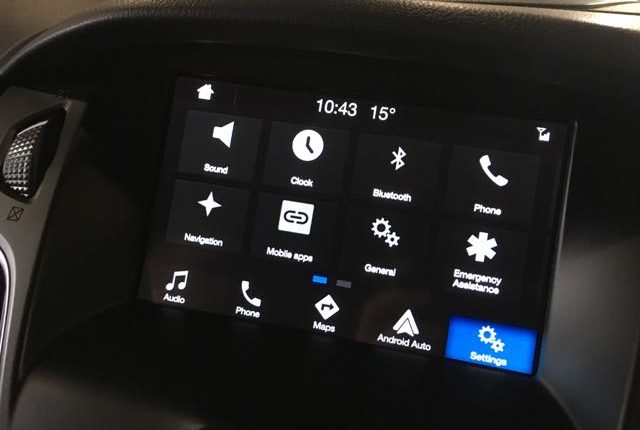 Ford has launched its all-new SYNC 3 system that makes it easier than ever to put communication, navigation and entertainment at the driver’s fingertips while staying safe at the same time.

Five of Ford’s most popular models, including the Focus, Mondeo and Mustang, will include SYNC 3 when they hit the road in the coming months.

The system includes a responsive touchscreen, Bluetooth to connect to your mobile devices and an easy to read user interface. 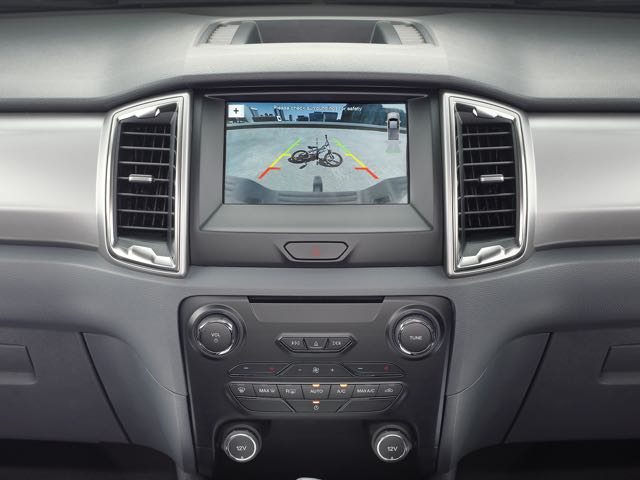 Also onboard is Apple CarPlay and Android Auto.

This means drivers have the choice of using Ford’s SYNC 3 interface or plugging in their iPhone or Android phone for CarPlay or Android Auto respectively.

SYNC was first launched in 2007 and Ford has continually been improving the system thanks to more than 22,000 comments and suggestions from drivers to make it more intuitive, faster and easier to use.

SYNC 3 is the result of that advice and represents a significant step up from the previous version.

Here’s a look at the latest features: 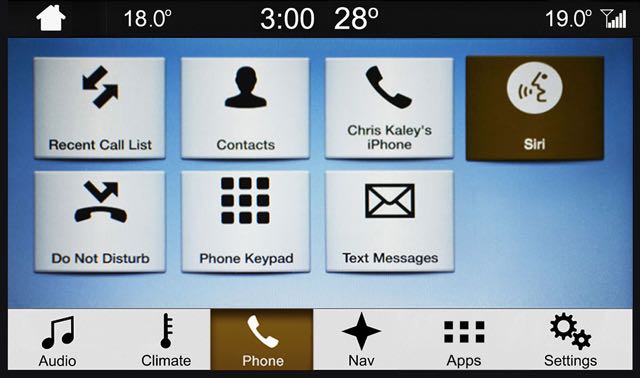 The system’s biggest change is the UI (user interface) which is now divided between entertainment, navigation and communication.

But apart from a refreshed look, SYNC 3 also has a responsive touchscreen with the same pinch to zoom and swipes to navigate the screen like you would your smartphone.

The icons and menu buttons are all large enough to easily touch with your finger so you can find exactly what you’re looking for. 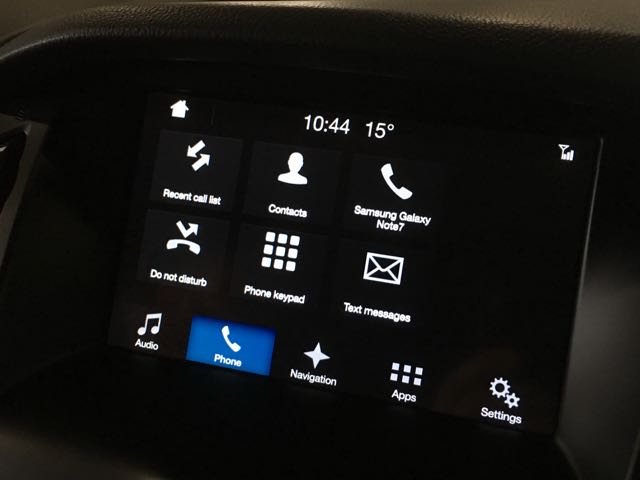 Having voice recognition is important in the car as it allows the driver to keep their hands on the wheel and their eyes on the road.

With Ford’s SYNC 3 it’s a lot easier to perform a task simply by asking for it. Like “play <song, artist, album>” or “switch to <radio station number>”.

Same goes for navigation whether it’s a specific address, location or point of interest. The system is also intelligent enough to find the nearest café when you say “I need a coffee”. 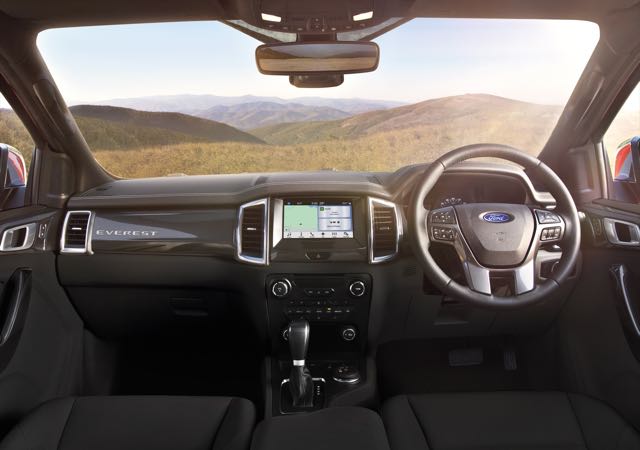 SYNC 3 can link your smartphone to the system quickly and easily and allow you to access your contacts and music on the go.

The Bluetooth pairing takes seconds so you can legally use the device handsfree while you’re driving. 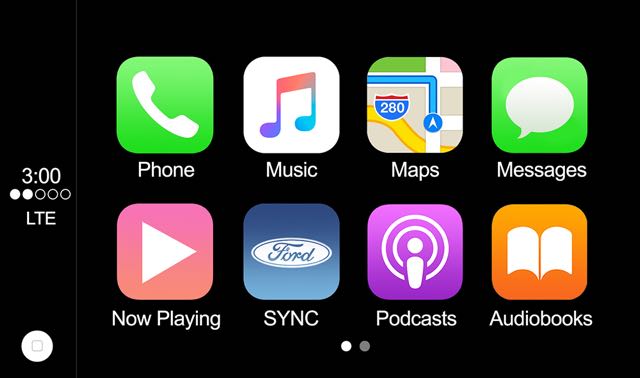 If you have an iPhone 5 or later, you can use Apple CarPlay with SYNC 3.

Once connected you’ll see the iPhone interface on the screen with the apps you can use behind the wheel as well as access to Apple Maps, Siri as well as the phone and messaging functionality. 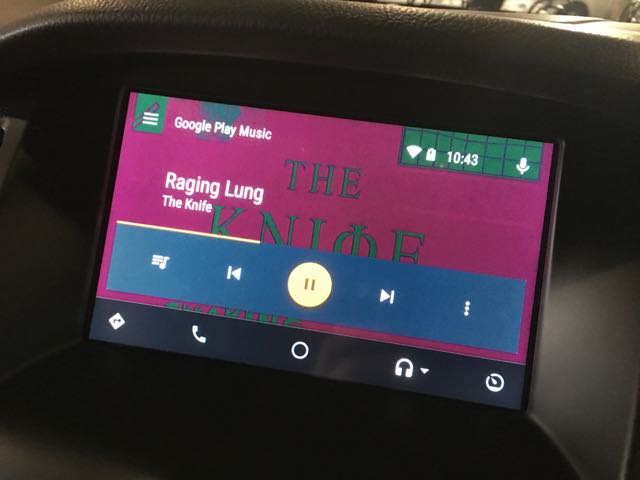 Drivers with a smartphone running Android 5.0 and above can connect their device to the SYNC 3 system and Android Auto so some of your apps, your navigation and Google is at your fingertips.

Users can look for destinations, play their music and search the internet with their voice behind the wheel. 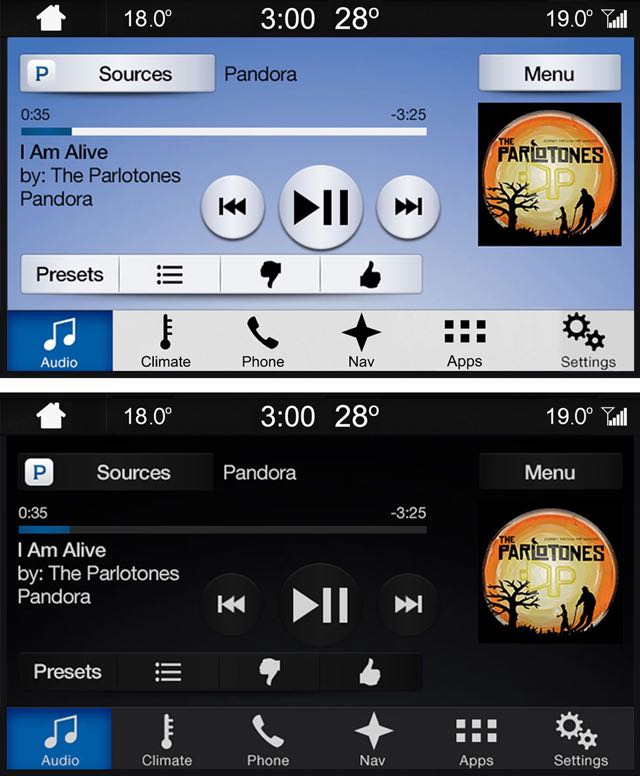 AppLink has been developed by Ford to allow apps to work seamlessly, and safely, with the system.

It already works with some popular apps like Spotify and Pandora and Ford is offering developers a way to create and adapt their own apps for SYNC 3 as well.

It’s really easy to keep Ford’s SYNC 3 up to date with wi-fi updates. When your car is parked near your home, it can connect to your wi-fi network and automatically download updates.