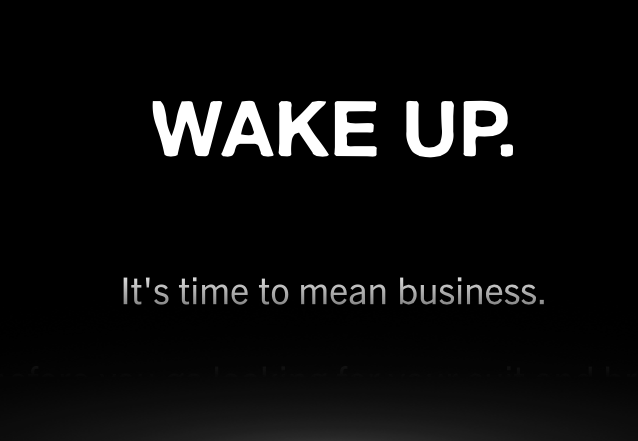 BlackBerry has revealed itself as the culprit behind the cryptic Wake Up campaign but was the whole stunt a lame waste of time and money?

It all started three weeks ago when I received a letter here at the Tech Guide office which simply read “Dear Steve, Wake Up”.

My initial thought was that someone was taking the piss.

This was followed by a flash mob protest outside the Apple Store, a mysterious website that was counting down from six million and various other billboards, signs and stunts.

Sadly, before BlackBerry was revealed as the owner of the campaign – Samsung was the main suspect and it actually came out and denied they were behind it. 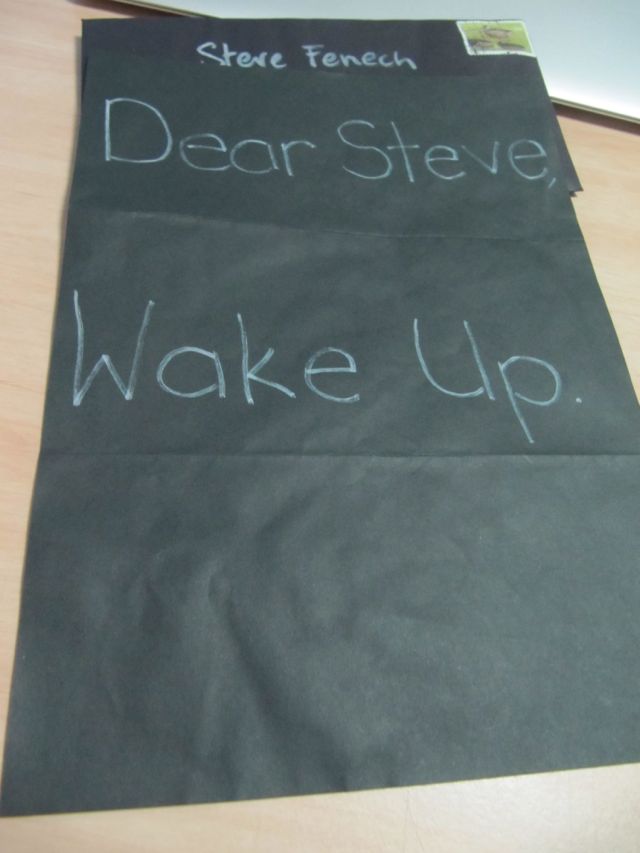 BlackBerry must have been kicking itself at that point.

To add to the disaster was a flash mob outside the Apple Store in George St in Sydney.

Two buses decked out all in black and with the words Wake Up on the side pulled up outside the massive glass store and a crowd of people holding Wake Up signs got out and started chanting wake up.

To add to the questionable set-up of the situation, a blogger who just happened to be there to capture the whole thing and posted his video to YouTube was revealed as a plant by Research in Motion, the company behind the BlackBerry.

Now looking back at the Apple Store flash mob – where does RIM get off telling Apple and its customers to wake up? 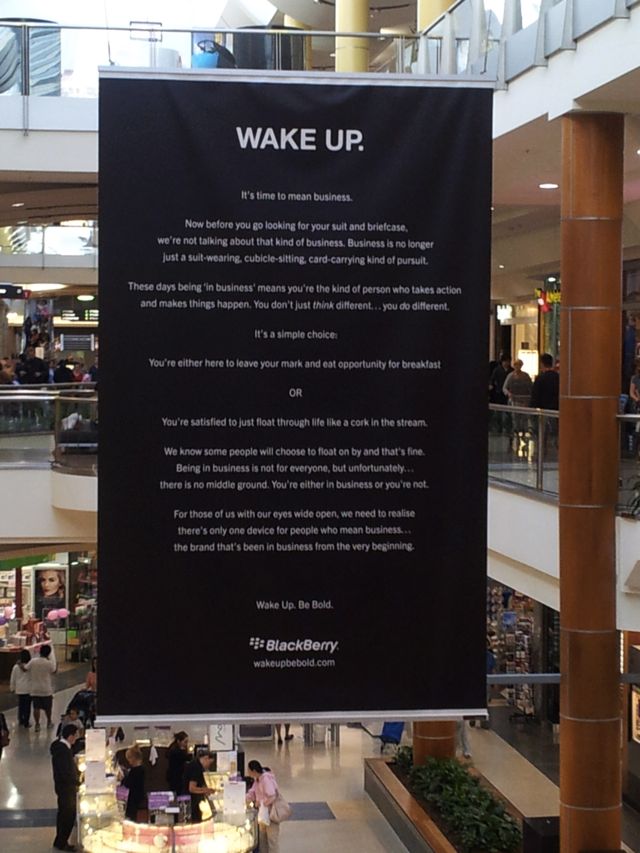 Last time I looked Apple held 30.7 per cent of the US smartphone market while BlackBerry had slumped to 12.3 per cent. It’s a similar story here in Australia.

If anything Apple should have been outside the BlackBerry office yelling at them to wake up.

But when all the stunts and flash mobs and billboards and hype were all over what did we get?

Nothing. No new product, no announcement – just a message to be bold. Huh?

There was also no follow up release or any kind of notification for me after my creepy Wake Up letter either.

I called the offices of the PR company that looks after BlackBerry to make sure I didn’t miss anything – I’m still waiting to hear back.

But then I came across a huge ad hanging from the ceiling at my local Westfield Eastgardens shopping centre. It was the BlackBerry Wake Up, Be Bold ad that had so much writing on it that you had to stop to read it all.

Here’s what it read:

“It’s time to mean business. Now before you go looking for your suit and briefcase we’re not talking about that kind of business. Business is no longer just a suit-wearing, cubicle sitting, card-carrying kind of pursuit.

“These days being ‘in business’ means you’re the kind of person who takes action and makes things happen. You don’t just think different – you do different.”

“It’s a simple choice – you’re either here to leave your mark and eat opportunity for breakfast OR you’re satisfied to just float like a cork in the stream.”

“We know some people will choose to float on and that’s fine. Being in business is not for everyone but unfortunately ….. there is no middle ground. You’re either in business or you’re not.

“For those of us with our eyes wide open, we need to realise there’s only one device for people who mean business …. the brand that’s been in business from the very beginning.

“Wake Up. Be Bold. BlackBerry.”

There is also a website – wakeupbebold.com – that is basically a narration of the above ad.

I cringed when I read this ad. It was one big cliché and sounded like it was written by Anthony Robbins during one of his confidence-building seminars.

Some genius with a ponytail in a boardroom actually thought everyone would throw their iPhones and Android smartphones to the ground and rush in to buy a BlackBerry to be in business. Give me a break.

BlackBerry was once the king of smartphones and it was a compulsory tool of business – five years ago.

The irony of the whole thing is that the BlackBerry focus is on the business users, instead of the growing number of consumers looking for a user-friendly smartphone, was what put Research in Motion third behind Android and iPhone to begin with.

The company tried to make a touchscreen device to combat the iPhone and growing number of touchscreen smartphones and they were spectacular failures.

BlackBerry’s best trick back in the day was bringing your email to your device. Now all smartphones can do that which is one of the reasons the company’s market share began to slide.

Now the company trots out this preachy “you’re either in business or you’re not” line which frankly I found baffling.

Doesn’t BlackBerry want to sell smartphones to as many customers as possible? Well they’ve just insulted the half of the population.

“Eating opportunity for breakfast” – give me a break.

I think BlackBerry just wasted a whole lot of money and potential damaged its already sagging brand with this campaign.

If I was in charge of BlackBerry I’d be running a campaign to say that our products are for everyone not just people who want to “eat opportunity for breakfast”.

All they’ve done is alienate a lot of potential customers with this stunt/campaign.

Wake Up – I think BlackBerry should take its own advice.