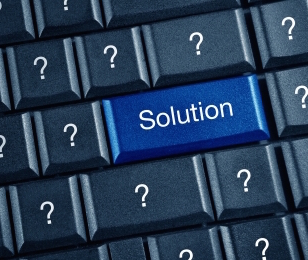 With the amazing advances in technology, the challenge to win customers in the 21st century is to keep things simple – a feat in itself that’s extremely complicated.

The ultimate goal for any company is to create products that have many complex features but are still simple and easy to use.

But getting into this zone is easier said than done. Making something simple for the user and bringing all of the complexities to the consumer in an easy and intuitive way takes a lot of work.

Whether we’re talking about smartphones, wearables or televisions – simple has become the new smart.

And the need for simplicity is more important than ever before when you consider the digital universe is doubling every two years and there are now more than 600 million websites.

By the end of the decade there will be 40 trillion gigabytes of data in the world – that’s 5200GB for every single person in the world.

LG has shown some examples of how it is applying this mantra of simplicity across its product line-up including the G3 smartphone, the G Watch and the latest range of smart TVs.

On the smartphone front this is the customer’s first line of defence when it comes to managing their digital life.

We spend more time on our smartphones than any other device so it’s important to have a device that can manage our connectivity and flow of information.

LG’s G3 smartphone has a number of features that streamlines the connection between the user and the device.

The device has a larger screen that can be housed in a smaller chassis because all of the device’s buttons have been relocated from the sides of the product to the back where our fingers can still easily access them.

Smart Notice is another feature that makes life easier. It takes notice of all the calls you’ve missed and apps you haven’t used for a while and reminds you to call them back and see if you’d like to keep those unused apps or delete them to free up valuable memory space.

Wearables are also making offering a simpler way to manage notifications and the flow of information.

It’s a lot easier to tilt your wrist and look at the screen than having to dig out your smartphone from your bag or your pocket.

The LG G Watch is one of the first to run Google’s Android Wear and is simple in design and operation.

It integrates a range of apps and updates from your Android device as well as a simplified way to interact with the device using just your voice.

On the Smart TV front one of the biggest hurdles for a customer is setting up the television, connecting it to their network and getting the most out of it.

Unfortunately for a large proportion of customers, the set-up is so difficult many don’t even connect it to the internet and can’t take advantage of the many onboard features that connectivity can bring.

LG observed this issue and decided to do something about it with its 2014 range.

The new built webOS software steps customers through the set-up process in a visual way and using plain English.

By the end of the process the LG television is connected, tuned and ready to enjoy.

Customers not only want to understand what they are buying but they also want to be able to use it simply and easily.

Obviously any company wants to sell as many products as possible but if it proves to be too hard to use no matter how much innovation is packed under the hood, customers are going to give it a wide berth.

Product manufacturers employ thousands of people in their research and development departments.

But developing the link between the features and technology to the end user is now a whole new task.

And if it isn’t simple – it’s back to the drawing board.