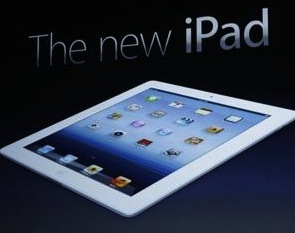 What’s in a name? When Apple decided to call its new third generation iPad “the new iPad” there were a surprising number of people who were disappointed.

I, like millions of others around the world, didn’t get it right away when Apple CEO Tim Cook announced “the new iPad” that this was the shiny new device’s new moniker.

We expected the new iPad’s name to be unveiled in a flourish like one if its many new features.

But when Tim Cook wrapped up the keynote and left the stage it almost felt incomplete. We want a name dammit!

This was the subject of as much speculation as the other features of the device and when it wasn’t delivered, after so much expectation, many were left scratching their heads.

But, after taking some time to consider Apple’s decision, I think it’s probably a good idea for a number of reasons.

Let’s take a look at them:

1. It doesn’t date the device

Giving the new iPad a designation like iPad 3 would date the product and, in tech circles, that’s not a hard thing to do with so much new products constantly hitting the market.

Calling it “the new iPad” puts an end to numbering each year’s new product and so we’ll not be faced with looking out for the iPad 7 in four years even though we’ve still got the iPad 5.

And what about even further in the future, will our grandchildren be rocking the iPad 76? No, they’ll be using “the new iPad”.

2. It will help make iPad a generic name

Apple didn’t start numbering the iPod and it became a household name and the generic term for a digital music player in the same way Kleenex did for tissues, Hoover did for vacuum cleaners, Aspirin for headache tablets.

The closest another tech company came was when Sony released the Walkman portable music cassette player.

Apple obviously has the same hopes for the iPad in the competitive tablet market. And with the iPad’s high visibility and the quality and popularity of the product it is already well on the way.

Adding a number to that branding would only stand in the way moving forward.

3. It takes the pressure off Apple

Having a number on each new product puts a ticking clock above each one because if we hear or see a number we will always be wondering about the next one.

Removing that number the worse that can happen is wondering when the “new” new iPad is coming out.

It wouldn’t surprise me if we didn’t see the next iPad for another 14 or 15 months instead of in less than a year.

The new iPad is already filled to the brim with features. Taking just the display, for example, it is already a Retina Display with pixels smaller than the human eye can discern.

What more can Apple possibly do in future to improve on that? If they can – it may take longer than a year to deliver it.

4. It fits in with Apple’s other products

If there is one thing you can say about Apple it would be that it’s consistent.

The company’s line of iMacs, MacBooks, iPods, Apple TV have seen several iterations and were never labelled with a number.

The “Post-PC” devices, as Apple called them, like the iPod, the iPhone and iPad have been even more successful and generate more revenue for the company than its computers.

Now the iPad is numberless it can sit at the head of this product line so all customers need to know that whenever they come into an Apple Store to buy an iPad they will know the one they are offered is the latest.

It doesn’t need a number to identify it as the latest in the same way the iMac and MacBooks don’t have a number.

And my prediction is the new iPhone due later this year won’t be called the iPhone 5 – it will simply be “the new iPhone”.