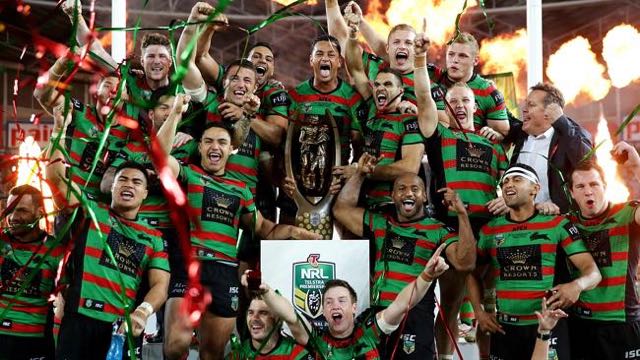 The Grand Final in High Definition? It’s about bloody time!

This year’s NRL and AFL grand finals look like they will be broadcast in high definition on their respective regular free-to-air channels. And my first’s reaction is – it’s about bloody time!

It basically allows the national and commercial free-to-air broadcasters to deliver programming on their primary station in their choice of either standard definition or high definition.

Until now, the primary channels – ABC1, SBS One, 7, 9 and 10 – have only been able broadcast in standard definition – a ruling that goes back to the introduction of digital.

At that time this rule was in place to ensure everyone switching from analog to digital TV had access to the main free-to-air channels.

But in the meantime we’ve had to endure watching the biggest sporting events and major programs in standard definition on the main free-to-air channels.

And to add insult to injury, the high definition channels including 20 (ABC), 30 (SBS), 70 (Seven), 90 (Nine) and 1 (Ten) have often featured old black and white movies from the 50s at the same time a major broadcast is going out in standard definition on the regular channels.

In other words, the most popular channel and the most popular shows are in SD while the less popular HD channel is wasting its pixels on a movie or program that was shot more than half a century ago.

Thankfully sanity has prevailed and now the stations are able to choose HD or SD for their main channels.

Mr Turnbull says this latest bill is part of a range of initiatives to remove red-tape from its deregulation work program.

The timing of this bill gives broadcasters enough time to get themselves organised to broadcast the NRL and ARL grand final in high definition if they wanted to.

It’s about time these regulations for broadcasters have been amended to line up with reality and our adoption of modern high resolution TVs.

My only regret is that this wasn’t available last year so people could have seen the South Sydney Rabbitohs win the 2014 NRL premiership in all its glory in high definition.

Now the Rabbitohs have to make the 2015 Grand Final to give the fans an even clearer view of their attempt at winning back to back titles.