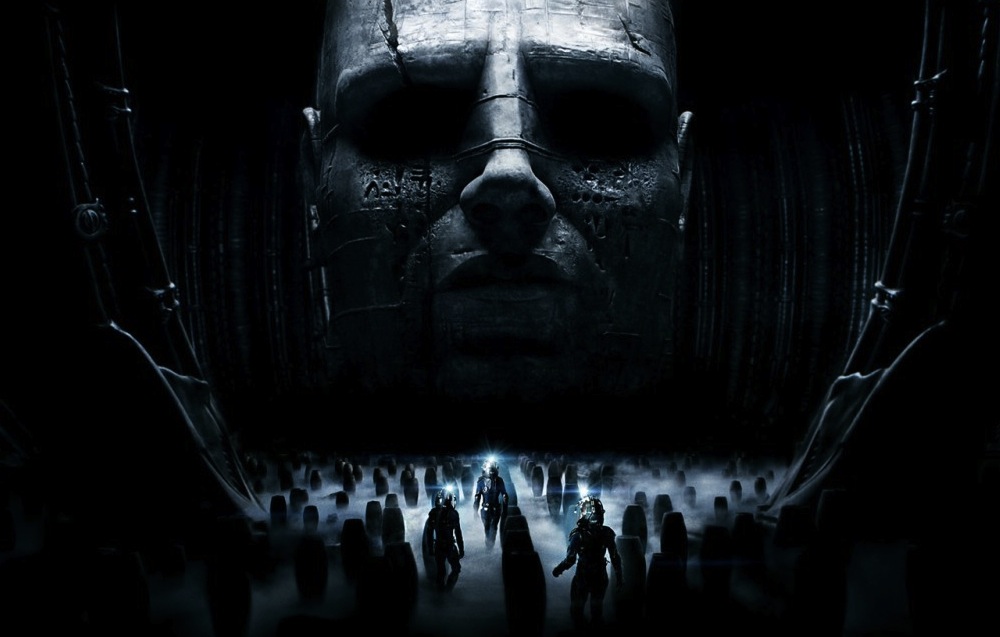 Ridley Scott’s new film Prometheus has a burden most other films don’t have – the massive weight of expectation from fans.

In the past many films have buckled under this pressure but Prometheus – a prequel to the Scott’s iconic 1979 film Alien – easily holds its own.

And it’s more than just a sleek sci-fi action thriller but a thought-provoking film which looks at the origin of mankind and Earth’s place in the universe.

But, of course, the motivation for most people who will be flocking to see Prometheus will be see how the whole Alien franchise all began.

Does it answer a few questions and fill in a few gaps? Yes.

Are there a few revelations? Absolutely.

Does it pose even more questions? Sure does.

Our story begins with scientists Elizabeth Shaw – played remarkably well by Noomi Rapace who shot to fame as the original Swedish Girl With The Dragon Tattoo – and Charlie Holloway (Logan Marshall-Green) who make a major discovery in the year 2089.

Their find is a symbol seen across a number of ancient civilisations that offers a clue to the origins of humankind.

The symbol turns out to be a star map and our team of explorers are next seen aboard Prometheus waking from a two year four month hypersleep and about to arrive at their destination.

The colourful crew aboard Prometheus have different motivations for the mission.

Charlize Theron was interesting casting as the cold Meredith Vickers – the Weyland company’s representative which bankrolled the trillion dollar mission.

Idris Elba plays Prometheus captain Janek – a by-the-book skipper who acts as a the bridge between the ice queen Vickers, the wide-eyed scientists and the crew who are only thinking about the pay cheque at the end of the day.

But the standout performance has to go to Michael Fassbender – a synthetic person – whose cold, analytical detachment is, at times, unsettling and downright creepy.

Australia’s Guy Pearce is barely recognisable under a ton of make-up as the aged Peter Weyland who’s obsessed with finding the key to immortality and the main reason why he funded the mission.

There are moments in Prometheus which reveal familiar objects and locations seen in Alien and the film does a good job showing how the dots are all joined.

But it also poses another question – why? What was the motivation behind these events and the resulting actions form the bulk of the Prometheus journey.

And, like Alien, there are several moments of tension that will make viewers grip their armrests a little harder than usual.

Another thing it has in common with Alien is how visual the film is. The film’s imagery and photography is excellent.

Prometheus will live up to fans expectations and explains many of things we saw in Alien. But for each question answered it poses several more.

It’s not perfect, the script could have been a bit sharper in sections but it succeeds as a movie that you don’t just watch – it’s a movie you experience.

And it will make you want to watch the original Alien again if you haven’t already.

The Avengers lives up to the hype