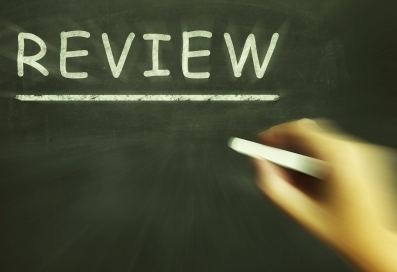 Tech companies are always eager to have their products reviewed and I am loaned a lot of devices in the hope I will include them on Tech Guide, on my podcasts and on radio and TV.

And nearly every company, and tech journalist for that matter, know the rules – both written and unwritten.

All except one company.

Not every product I’m sent will be reviewed and no product is guaranteed a good review.

And never, I repeat NEVER, will I allow a company to read my review of their product before it is published.

The manufacturer must have faith in both their product and my ability to be fair and upfront with my review.

Otherwise it’s just an advertorial – and if that’s what they want they might as well pay for an ad where they can control the message.

But if a company can’t stand by its product it shouldn’t be offered to customers in the first place.

And as reviewers we want to experience that product like a real customer and point out what works and what doesn’t work, what we like and what we don’t like, is it value for money or does someone else do it better.

A lot of vendors ask if I’d like someone to run me through their product. Most times I turn down that offer because every customer won’t be afforded that kind of attention.

It’s like sitting in a restaurant with the chef next to you asking how each of your bites taste.

I’d like to think I’m a fair reviewer who tells it like it is – no matter which company had released this product and no matter how much it costs.

A lot of people make their decision to buy a product based on my recommendation so I can’t afford not to be a straight shooter when it comes to its merits and pitfalls.

If someone puts down their hard-earned cash to buy a product I’ve reviewed favourably and it turns out to be rubbish, then my credibility is out the window.

I take great pride that people value my opinion and I owe it to my readers to be fair and objective whenever I’m evaluating a product.

One company – who I won’t name – sent me their latest device and inside the box was a short note thanking me for taking a look at the product.

At the end of the note this company asked me to send through my review before it was published on Tech Guide.

I immediately emailed back and told them that wasn’t going to happen. I never let a company read my review of their product before it is published – no exceptions.

I told them if this was an issue they could come and collect the product.

Now this wasn’t the first time I have been asked this but after the explanation of my policy these companies – most were brand new and had never offered products for review before – understood and respected this rule.

But not this company – they’ve been around for a while – and the reply I received absolutely stunned me. They said they didn’t want to go ahead with the review.

I have since learned the packaging alluded to a feature that wasn’t on board the product and this company was afraid I’d take them to task and make this the basis of a largely negative review.

Other companies have done that.

The packaging – sometimes designed for another region does not reflect the local version.

But I was told about this beforehand and assured the right packaging would go out with the final release version. Problem solved.

I posted my surprise about having this review product withdrawn on Facebook and Twitter and the response was incredible.

There were many people asking me to “name and shame” this company while a few applauded me for standing by my policy.

The reaction from other PR companies and vendors was one of disbelief. They said it was “pathetic”, “crappy” and “F for fail”.

But I’m not going to name and shame them as so many people have asked me to do.

If I did that it would compromise my reputation and my integrity.

I just hope the company in question has read this story.