After seven outages in six months and facing the wrath of thousands customers, Telstra has kicked off a fluffy new TV campaign that’s designed to rebuild the brand to its former greatness.

And on the latest Telstra Exchange Blog, written by Joe Pollard Telstra’s group executive of media and marketing, it talks about the “next evolution of Telstra’s brand”.

But is this enough for angry Telstra customers to forgive the inconvenience, and in some cases, financial losses suffered during an outage this year?

The blog talks about the magic of technology and how the company wants to “create world class products, services, experiences and solutions built on our best networks for our customers”.

In a section that sounded worryingly like the disastrous BlackBerry “Wake Up, Be Bold” campaign, the blog said:

“In short, our customers want us to build upon the strength of our network and empower them to turn their ambitions, aspirations and dreams into reality. They look to us as a company to be their technology partner and we take this seriously.”

Telstra says this is the thinking behind the brand evolution and how the company is evolving “from a telco to a techco” to “demonstrate there are better ways for everyone to thrive in this connected world”.

The TV ad shows a grandfather reading to his granddaughter through their tablets on a video call, a guy showing his girlfriend the surf on a video call, an older woman watching a virtual reality video on a VR headset and ambulance paramedics using GPS to find an injured person.

It asks if we believe in magic and how technology is like magic. It’s actually in the form of a poem because most of it rhymes as well. Oh dear.

“Possibilities are like stars – infinite constellations fuelled by your imagination leading to one destination – to you” is another a cringe-worthy line in the ad.

You can view ad Telstra here.

But let’s face it. The could have been an ad for Apple or Samsung.

You only know it’s a Telstra ad when the logo is seen at the end with the words “Thrive On”.

If we wanted to be real sticklers, we could also argue that the phrase Thrive On was tautology.

The “thrive” definition is: flourish, prosper, grow vigourosly, develop well, advance, make strides. Don’t think you need the word “on” at the end of it.

Is this Telstra’s big answer to turn things around and getting people to love the brand again?

Pollard explains that some of Telstra’s own technology is showcased in the ad.

Although watching the ad without reading the blog, you’re not going to know about LANES technology which can be used by emergency services, Readycare the telemedicine service, its smart home platform, enterprise cloud solutions and stadium smart technology.

It was only last week Choice pointed out how much extra Telstra customers are charged for their services when compared to similar services with rival companies.

Telstra’s argument was Choice failed to mention the extra services included with their plans.

But one thing Telstra cannot argue is that many of their customers – and we’ve heard from a lot of them – are still hurt and disillusioned by what happened to them over and over again in 2016.

We agree that Telstra needed to do something to not only rebuild its brand but also rebuild the trust with their customers.

But it’s going to take more than free data days, an ambitious blog and a broad, showy TV ad that frankly will probably make people want to go out and buy a new tablet, smartphone or drone rather than signing up to a new Telstra contract. 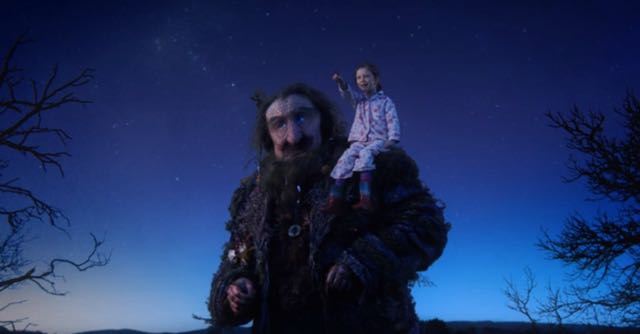 Vodafone has now matched Telstra in terms of offering consistent 4G LTE coverage and Optus are neck and neck with their LTE-advanced networks so the last thing the company can afford to do is rest on its laurels.

Telstra’s 4G network won the speed tests and it needs to remind its customers about how fast and reliable its network is.