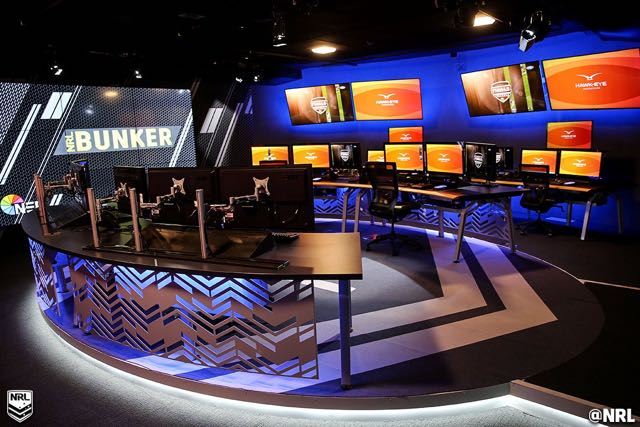 Is technology helping the standard of NRL refereeing? ABSOLUTELY NOT

If you need any more evidence that the NRL bunker and the technology they are using is ruining the game of rugby league, then take a look at the howler of a decision to deny Souths winger Joe Burgess what seemed like a perfectly fair try in the match against Manly.

Video referee Ashley Klein looks like getting sacked for the farcical decision, and rightly so.

Sadly, this isn’t the first time the NRL bunker has come up with a clanger like the one we saw last night.

Just the day before the Cronulla Sharks were denied a try to Ben Barba after hooker Michael Ennis was deemed to have obstructed a player while he was backing up his own player 50 metres back upfield.

But the Sharks also played the NRL bunker to their own advantage to deny a try to the Roosters the week before that.

Second-rower Wade Graham while moving up in defense on his line was glanced by a decoy runner before raising his arms for several seconds appealing to the referee that he was obstructed.

The Roosters went on to score in the corner but the NRL bunker outrageously denied the try because they saw Graham had been legitimately obstructed.

If he hadn’t of milked the obstruction, he would have had enough time to run over and attempt a cover tackle. What Graham did, in my view, was nothing short of a professional foul and he should have been penalized.

This is what the NRL has come to. It has become a paralysing condition that is not only deciding games and getting players and teams offside but – and more worryingly – it is turning NRL fans off the game.

The last thing NRL CEO Todd Greenberg needs is fans turning away from the game and moving to other sports.

Now I’m a huge fan of technology, but its introduction to the video referee and now the NRL bunker has created a monster.

In the old days, when there was one referee, decisions were made with the naked eye and at the speed the game was played.

With the technology in the bunker we not only have multiple camera views but also the ability to slow things down to a thousandth of a second.

TAKE A LOOK AT SOME OTHER NRL BUNKER CLANGERS HERE

But technology aside, it still comes down to interpretation. One referee might see something another doesn’t so it’s become a lottery on whether you’re going to get the right decision.

In the last few years we’re getting more referees, not less. Two on the field, two touch judges and a team in the bunker.

On the field, consistency is already a major issue with referees and how they penalize off-side play, holding down in the ruck and strips/dropped balls.

The @NRL bunker strikes again. Great way to turn fans off the game. A joke. #NRLSouthsManly

One referee struggles to get those decisions right consistently but throw in the other referee and the problem doesn’t halve – it gets twice as worse.

Up in bunker, there’s yet another referee and their job is to try and find something wrong with the try.

That’s one of the main issues.

If I bought a brand new car and took it to a mechanic – I guarantee they will find something wrong with it.

And now the technology is being used to slow things down to a thousandth of a second to find the most miniscule issue.

Rugby League is a game of metres – not millimetres.

Unfortunately, on-field referees have become gun-shy and are terrified of making a decision.

To everyone at Allianz Stadium that looked like a try. There was really no glaring reason to dispute the grounding.

Perenara sent it up to the multi-million-dollar bunker after indicating that he thought it was a try.

I don’t know whether there’s a shortage of oxygen in the bunker that means the occupants’ brains don’t function properly or what, but how can someone see something so differently to everyone else. 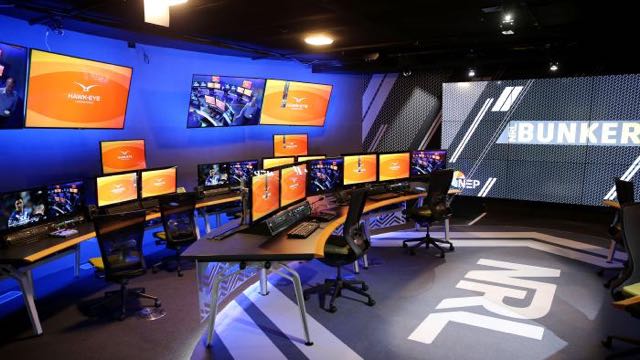 Should there be three people in the bunker to confirm the decision? Surely three people couldn’t get it so wrong.

But I place the blame back to the onfield referee.

Unless something looks obviously out of order then let it go.

The worst thing I’ve seen lately is the sudden rise of obstruction rulings all coming out of the bunker.

If it looks obviously like an obstruction in the run of play, then the referee should call it.

And if it takes 78 replays from 15 different angles to determine if there actually was an obstruction or a knock on then we’ve gone too far.

I refer you to the Wade Graham example I mentioned earlier. Players are now fully aware of the flaw in the system and are exploiting it.

The obstruction has now become an excuse for poor defense.

It seems ridiculous to me that the same bunch of referees in the NRL who are ridiculously over-refereeing the game can under-referee when it comes time to make a decision on a try – potentially the most important part of the game that could decide games and premierships.

The current standard of refereeing is appalling.

It seems that these referees get paid based on the number of penalties they blow.

The fans don’t come through the gate or switch on the TV to watch the referee.

They want to see their team play.

From where I sit, it’s like these referees want to make themselves the centre of attention. Hence the reason for them blowing the pea out their whistles.

I’ve always said the best games are when you don’t notice the referee. Or the video referee for that matter.

Technology is great but its introduction into the NRL and it’s use to break the game down into miniscule sections is not working.

It’s paralysis by analysis and the last thing the game needs.