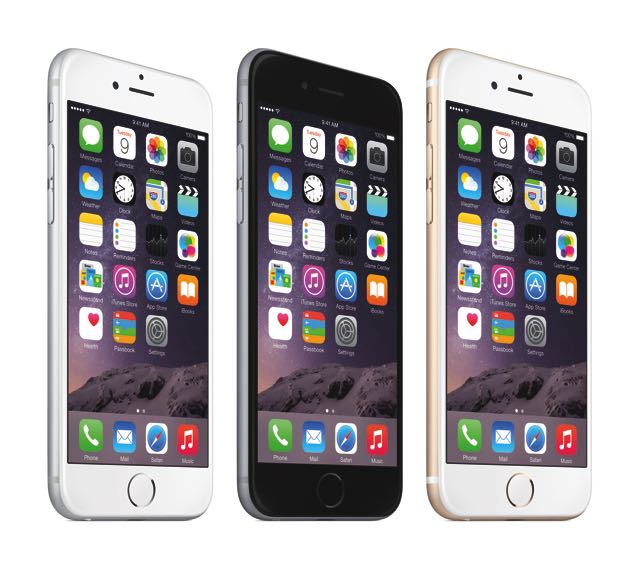 With the larger 5.5-inch iPhone 6 Plus in higher demand than the 4.7-inch iPhone 6, has Apple achieved what no other company could and made the “phablet” fashionable?

Apple is by no means the first company to introduce a large screen smartphone – in fact the company resisted the urge to go large until now.

Before the appearance of the iPhone 6 and iPhone 6 Plus, Apple’s largest device was the 4-inch iPhone 5S and iPhone 5C.

The iPhone 6 Plus has been called everything from a phablet (phone/tablet) to  mini iPad Mini and the iPhone Max.

But smartphones with larger displays have been around for years.

Samsung, Sony, HTC, LG, Nokia and many others eventually crept up to the 5-inch mark on their smartphones but some were bold enough to go even bigger.

Samsung has had reasonable success with its larger Galaxy Note range of devices – the Galaxy Note 4 is released this week with a 5.7-inch screen – but they have not been as popular as the impressive Galaxy S5.

By its own admission, Samsung says the Galaxy Note products are more of a niche product with a specific type of customer.

It also includes the S Pen to allow users to interact with the device with more than just their finger on the touchscreen.

LG, Sony, Nokia and Huawei have all produced “phablet” devices with screens at 6-inch and larger and these were also appreciated by a limited group of customers.

LG produced the G Flex – a curved smartphone with a 6-inch screen.

Sony had the Xperia Z Ultra with its excellent 6.4-inch display.

Nokia’s latest Lumia 1320 Windows Phone devices also have a 6-inch screen and are an affordable $449.

Huawei’s Ascend Mate 2, unveiled at the Consumer Electronics Show in Las Vegas in January, has a 6.1-inch screen.

But while they were cool devices they didn’t catch fire and see widespread appeal.

So why is it different with Apple and the 5.5-inch iPhone 6 Plus?

The power of the Apple brand with customers is evident. How many other companies have kilometre long lines outside their stores each time they release a new product.

From Tech Guide’s poll of the line outside the Apple Store in George St in Sydney, it was obvious the iPhone 6 Plus was extremely popular and the store was sold out of the larger iPhone in less than an hour.

Tech Guide also spoke with store staff from Optus, Telstra and Vodafone on launch day and they too were sold out of the iPhone 6 Plus but had plenty of iPhone 6 stock.

It was a similar story at the Bondi Apple Store over the weekend as well with customers in the line told they would have iPhone 6 Plus stock for them only to be told after waiting for three hours they had sold out.

As has been evident with a lot of products and features Apple introduces – they are not always the first but they always have the widest reach and trust among customers.

Many people would be thinking that if Apple has decided to make a larger screen smartphone then it must be a product worth considering.

And after waiting to see a larger iPhone from Apple, customers have rushed in to get the biggest one they’ve got.

For many of the average consumers it’s not official until Apple does it.

That’s a testament to Apple’s marketing juggernaut that presents their products as object of wonder and beauty that people want to own.

As a result there are lot of users who are using a 5.5-inch screen for the first time purely for the fact it was made by Apple.

It will be the same thing when Apple Pay is introduced.

Payments using the NFC (near field communication) chip on a smartphone was not invented by Apple but it’s a good bet that it will be widely used and dramatically increase the number of people who will trust it and use it.

There are lot of people who continually remind me that lots of the features Apple has rolled out with its smartphones and its iPhone operating systems were seen before on Android devices.

But Apple’s advantage is that they can take these and many of their own original features to the next level because the company makes the software and the hardware that runs it.

It’s that experience you get every single time you use an Apple product and the reason why more customers are now going big with the iPhone 6 Plus.