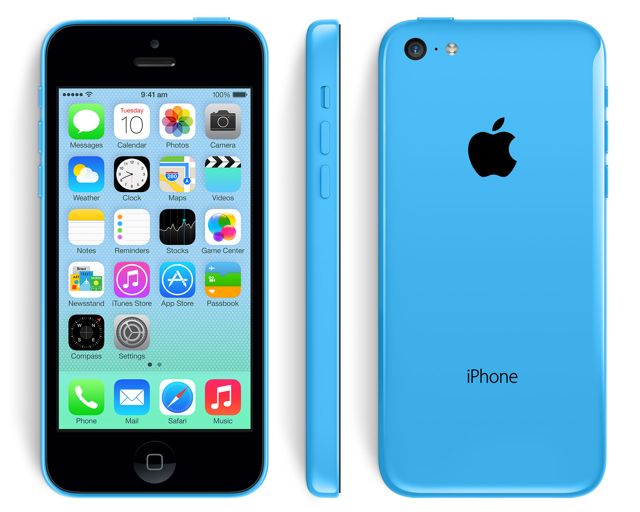 After so much speculation and many rumours Apple has finally revealed its new iPhones which will be available to buy from September 20 but how will these devices be received in the smartphone market.

The new iPhone 5C and iPhone 5S have steadfastly stuck with the 4-inch screen size.

Apple has refused to buckle to the industry trend which shows screen sizes growing at rapid rate. But having said that, there are fresh rumours that Apple is already testing a larger screen device – perhaps for next year’s iPhone.

But take a look around at Apple’s main competitors Samsung, LG, HTC, Sony and Huawei and screens are around the 5-inch mark.

Some models like the Samsung Galaxy Note 3 and Sony Xperia Z Ultra have 5.7-inch and 6.4-inch screens respectively.

Apple has its reasons for not going bigger with their iPhone screens with the main ones being maintaining one-handed usage and the scalability of the apps on the existing screen.

Apple owes a lot of its success with the iPhone and the iPad to creating an easy way for developers to create apps for their devices.

If they go and just make the iPhone screen bigger it will have to be a size that will allow the apps to scale seamlessly.

Apart from screen size there are some other features many people were expecting that just didn’t materialise with the new iPhones.

The first is the camera which we all thought would have a new 13-megapixel resolution.

Alas Apple stuck to 8-megapixel for both the new iPhone 5S and the iPhone 5C.

The iPhone 5C is basically an iPhone 5 with a colourful jacket on so the camera is no better or worse to that previous model.

But the iPhone 5S, despite have the same 8-megapixel resolution, has an improved sensor and flash to make the camera even better.

Average customers comparing the new iPhone to the other smartphones on the market will see it falls way behind in the megapixel count so communicating the improved camera with the same resolution might be hard.

It has often been said that more megapixels doesn’t always mean a better camera but that’s still what customers are going to look at when making their minds up on which smartphone to buy.

The latest 802.11ac wireless standard is up to three times faster the previous 802.11n and we thought it would be a certain addition to the iPhone 5S. Not this time.

We though this was unusual because Apple has upgraded its MacBook Air and Time Capsule router to the faster 802.11ac standard. Have a guess where you will find 802.11ac? On the new Samsing Galaxy S4 and the HTC One.

With the iPhone 5C, the biggest whisper was the fact the device would be offered in the lucrative entry level market where other companies like Samsung, Sony, Nokia and LG are making a killing and gaining market share.

We suspected the iPhone 5C would be offered at less than $500 and possibly even under $400 so imagine our surprise when we saw the cheapest 8GB version was $739 and $869 for the 32GB model.

The iPhone 5S is also more expensive than last year’s iPhone 5. There are more features and other enhancements but Apple usually keeps pricing the same at the top end. Not this time.

What hasn’t helped the situation is the fact that our Australia dollar has taken a dive again the US currency recently and this has had an impact on manufacturing and shipping costs.

But unfortunately for Apple it might provide an extra reason why a customer would opt for a competitor’s product.

The closest device in this category is the Samsung Galaxy S4 which has a bigger 5-inch screen, 13-megapixel camera and 802.11ac wi-fi connectivity.

Has Apple done enough with the iPhone 5S and the iPhone 5C to not only retain existing customers but attract news ones? Will the Touch ID fingerprint sensor going to be enough of an attraction and enough of a differentiator from other devices in the market.

It’s going to have some pretty stiff competition. Nowadays is Apple is no longer a runaway leader but rather it’s in the mix and duking it out against bigger and cheaper devices.

On September 20, when the devices go on sale, we’ll discover if Apple still has the same pulling power. Will the crowds turn up to be among the first to get their hands on the device? Time will tell.