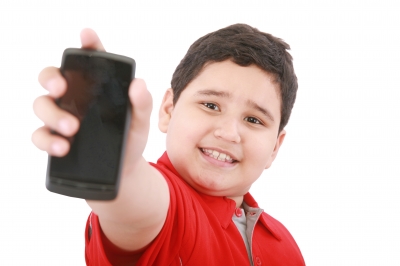 For parents, there will always come a day when your child will ask for a mobile phone but the challenge is knowing the right age to give it to them. It’s no surprise to see that nearly every teenager has a smartphone to facilitate his or her need to be constantly connected.

But what’s the right age for a parent to put that first device in their child’s hand?

According to the Australian Bureau of Statistics shows 20 per cent of children aged between nine to 11-year-olds have a mobile with that number jumping up to 75 per cent for 12 to 14-year-olds.

For my three kids they all got their first mobiles when they started high school because they were old enough to handle the responsibility and also needed to catch a bus to school and needed to be contactable.

And of course they all wanted iPhones and had to settle for hand-me-down devices until they were old enough to get a part time job and pay for their own plans.

Giving a mobile to a primary school student can do more harm than good.

Most primary school kids get dropped off to school and picked up at the end of the day so having a mobile at this age would make it more of a toy than a communication device.

Unless the primary school student needs to catch a bus or train or spend extended periods of time alone – then a mobile phone is really not required.

At that age they should be playing with their friends, going to birthday parties every weekend and making friends they’ll have for their rest of their lives.

It’s not a good idea for these young kids to be constantly using a mobile phone. There’s plenty of time for that when they get older.

But even when you think your kids are old enough to handle the responsibility of a mobile phone – and a responsibility is what it is – there still a need to put some rules in place.

It should be remembered a smartphone is a computer that fits in your pocket. It can easily be used to connect to the internet, to use apps, browse the web and send and receive emails.

Not so long ago a desktop computer located in a central place in the home was the only way for kids to connect to the internet and there was a need for parents to ensure their kids weren’t accessing inappropriate material or chatting to strangers online.

But are the same efforts being made to ensure your kids aren’t accessing all that same material and chatting to those people with their smartphones?

It’s a bit harder to install Net Nanny and all of those other parental control applications on a smartphone – but not impossible.

Another thing parents should do is also try and limit the time they use their mobiles – especially at night.

Research has shown many young teenagers have forsaken sleep to continue using their mobiles.

The result is an exhausted child which makes for a poor student who struggles to pay attention at school because they haven’t had enough sleep.

Like anything else a parent needs to make a judgment call to see what’s best for their child. That’s the case not just for mobile use but for everything.

Next time you’re out and about check out how often teenagers are using their mobile devices.

Their faces are locked onto that screen and fingers are busily typing messages and comments.

Having a smartphone has almost become a necessity and for many parents they have less experience and interest in using the device than their own kids.

But even if that is the case, it’s important to set the rules for your kids so they learn there is a right time and a wrong time to use their smartphones.

Not at the dinner table, not when you’re with someone, not at school and definitely not when they’re old enough to drive.

Hopefully parents are doing this anyway because they really should set the right example for their kids and place the same level of importance in people as they do on their smartphone.

We should really enjoy the company of the people we’re with rather than ignoring them to connect with the people that aren’t.