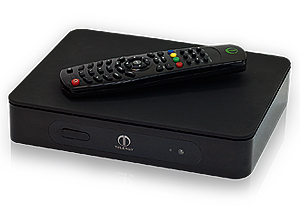 A set-top box for $698? We’d love to know where the Labor Government is shopping for their set top boxes for its scheme to supply and install the devices for pensioners and the disabled.

This unbelievable cost, according to The Australian, is actually now nearly twice as much as the original estimate of $350 put forward by Senator Stephen Conroy last year.

Set top boxes can be purchased for as little as $20 in some stores with high definition set top boxes also available for well under $100.

The scheme has been set up with the best intentions to allow elderly and disable viewers to continue to watch digital TV after the 2013 analog shutdown.

But for the $698 price the Government is suggesting to supplying digital set top boxes they can actually afford to buy a 50-inch digital television which has a digital tuner built-in.

Even at last year’s $350 price they could afford buy a decent 37-inch/40-inch LCD TV with a built-in digital tuner.

“The amount of taxpayer money the government is wasting on this Set Top Box Scheme is absolutely disgusting,” Kogan said.

“When they initially costed this scheme at over $350 per set-top-box, we thought it was one of the worst examples of waste we had ever heard.

“Today’s news that the cost has blown out to around $700 per box is incomprehensible.”

Kogan pointed out that for the same $700 price, his company is able to sell a 55-inch full high definition LED TV with a built-in set top box and personal video recorder.

Kogan’s high definition set top box with a built-in PVR (personal video recorder) which can record up to 500 hours of TV on the internal hard drive is priced at $79 which includes free shipping.

“The government needs to recognise that it isn’t an expert at anything. On some things, like technology products, it’s often best to leave the job to technology experts rather than going it alone,” Kogan said.

According to figures obtained by The Australian, the digital switchover taskforce’s budget of $69.5m had delivered and installed 77,400 set top boxes. That works out to an average price of $897 each.

This funding included $15m for Centrelink over three years for their help with the scheme which, after excluding this amount, brought down the cost to $698 each.