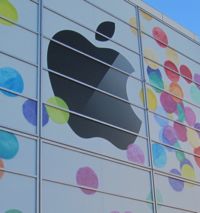 Amid all the rumours – can Apple still surprise us?

Apple is a company with a unique problem – managing people’s expectations ahead of a product launch when rumours have been flying for months.

These rumours, circulated by many prominent websites dedicated to watching Apple’s every move, paint a picture of possible products that may emerge from the hugely successful company which is now the most valuable on the planet.

Put simply – Apple is a company worth keeping an eagle eye on and there are more sites dedicated to that purpose than for any other company.

And this network of rumour sites has become so good it begs the question: Will Apple still be able to surprise us?

The last two events for the iPhone 5 and, more recently, the iPad Mini, iPad fourth generation, 13-inch MacBook Pro with Retina Display and thinner iMac were pretty accurate with the whispers gathered by the Apple rumour mongers.

The strength of these rumours has even been trusted by case and cover manufacturers to base their new products to match Apple latest devices.

It was the case with the iPhone 5 and the new iPad Mini.

iPhone 5 cases turned up on the Tech Guide doorstep the day the smartphone was announced and based purely on rumour which, of late, has become hyper accurate.

The same can be said with the iPad Mini cases which are already available.

“Did Apple let you know the specs of the product ahead of time,” some asked these vendors.

“Yeah right,” was their response.

Apple is more secure than Fort Knox when it comes to keeping a secret about their upcoming products.

The company never, and I mean never, talks about future products. And why would it?

If there was one company that you’d copy it would be Apple hence the need for the utmost secrecy.

But Apple’s secrecy also serves another purpose – it creates a real mystique around the company that no PR can buy.

In fact the less the company says, the greater the intensity and frequency of the rumours.

So how have these rumour sites have been able to get the recent Apple product announcements almost spot on?

The source for some of these rumour sites’ information come from the ever-expanding supply chain where Apple sources components.

As production is being ramped up to meet demand, Apple has to source components from the enlarging supply channel.

It goes so far as what people in the tech industry call “dumpster diving” which, as its name suggests, is the act where tech hounds piece together fragments of information, order sheets, part numbers, leaked images and even leaked parts.

There are literally tens of thousand of factory workers who toil to make these products and, as has been the case, information can leak out.

But there have been times when the rumours were spectacularly wrong as well.

Last year’s iPhone event was expected to unveil the iPhone 5 with mock-ups and images flooding the rumour sites ahead of the launch.

What Apple actually presented was the iPhone 4S. It still went on to sell in record numbers when it went on sale two weeks later.

It is still amazing to consider that Apple can still keep things quiet before a new product is announced.

Take the iPad Mini as an example. While the rumours got most of it right, Apple was still able to produce marketing materials and ads without any of it getting out.

For Apple to meet the release date and sudden demand of a product which was only unveiled 10 days earlier, there has to be a long list of suppliers and complex logistics in place.

It is here in the lead up to this mammoth operation where the potential leaks could occur but, in the grand scheme of things, it is still remarkable that Apple can still keep a pretty right lid on things. And still surprise us.